Although 85 percent of U.S. households have a pay TV subscription, the industry is declining. As a group, the top 10 U.S. pay TV providers lost more than 400,000 subscribers in the second quarter of 2015; only one of the top 10 increased its subscriber base during that period. The rate of growth in the pay TV industry fell every year since 2006, and has been flat or shrinking since 2012. Conventional wisdom is that one of, if not the, biggest reason for this decline is the growth of online streaming video services like Netflix and Hulu. It’s definitely true that as pay TV subscriptions fell, Netflix subscriptions rose. With 59 percent of U.S. households subscribing to at least one video streaming service, the industry hasn’t caught up to pay TV yet, but if current trends continue, it will. Will we see those trends continue? People may be dissatisfied with pay TV as a whole, but new data from research firm Parks & Associates’ OTT Video Market Tracker indicates people aren’t entirely satisfied with online video streaming providers, either. Data from this study shows a high churn rate (the number of subscribers who cancel a service divided by the total number of subscribers at any given time) among numerous streaming video services from the smallest to the largest. For example, four percent of Netflix subscribers canceled their account in the previous year. Because Netflix added new subscribers in the same period, this churn rate means nine percent of the company’s current number of subscribers canceled their subscription in the past year. The problem is significantly worse for Hulu, which has a seven percent churn rate. And because Hulu has fewer subscribers than Netflix, that churn rate represents 50 percent of the current subscriber base. These numbers mean that for every two current Hulu subscribers, one subscriber has already tried and quit. As a whole, the streaming industry’s churn rate for the past year was 60 percent. Brett Sappington, Parks & Associates’ Director of Research describes that level of churn as a “huge problem.” Why is churn a problem? Every customer who tries and cancels a streaming service shrinks the size of that provider’s potential customer base. The smaller that pool of potential subscribers gets, the more expensive it becomes to lure new customers. A high churn rate indicates customer dissatisfaction, so the higher the churn rate, the less satisfied people are with the service. If these dissatisfied customers share their opinions with other potential subscribers, streaming providers’ potential pool of customers shrinks that much more. Why are subscribers leaving? Parks & Associates researchers suggest that, in the case of smaller streaming providers, low monthly rates may be prompting people to test the service for a few months and cancel the subscription if they decide it’s not for them. Netflix’s relatively low churn rate means that customers are probably pretty happy with it, but the larger churn rates for smaller services indicate fewer customers consider those providers to be worth the cost. Despite the churn, the fact that so many people are trying streaming video services indicates that they like the concept, even if they don’t always like the execution. It’s also possible that some customers canceled their streaming subscriptions because their Internet connection wasn’t fast or reliable enough for streaming video. If that’s the case, the easiest solution may be to find a high-speed Internet plan that supports streaming. If you’ve tried streaming but were disappointed, you might want to see the broadband plans available in your area, and then give Netflix or Hulu a second chance.
How Your Browser Choice Affects Streaming Video
Winners of Speedtest.net’s Speedtest Awards 2015 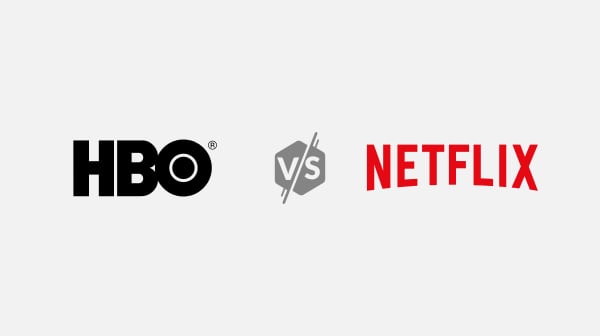