The best gaming laptops—chosen by gamers, for gamers.

5 Gaming Laptops for Leveling Up on the Go

Need to get your gaming fix away from home? At a friend’s house? On your couch?

While we usually recommend a desktop for the best gaming experience, you don’t want to lug all that equipment around just to log on and let your ultimate rip through the enemy team.

Heads up—be prepared to spend a pretty penny if you want all the latest tech packed into your gaming laptop.

If you’re playing online, you’ll want a killer internet speed to keep up with your gaming hardware. Check out top ISPs in your area.

What’s under the hood of our favorite gaming laptops?

There’s a lot more to consider when choosing your gaming laptop than tech specs.

Sure, an Intel i9 processor and NVIDIA GeForce GTX 1080 graphics card are nice—they’ll let you snipe enemy players in Call of Duty: Black Ops 4.

But while the latest CPU is awesome, battery life, weight, and how that keyboard feels under your fingertips are important factors too.

Alienware is pretty much synonymous with “gaming laptop” and for good reason. Most of our gamer buddies swear by them—one even lugged his old Alienware 18 to Afghanistan and back.

And lugging this behemoth is what you’ll do, too, since it weighs a whopping 9.7 pounds. But honestly, that’s not uncommon for gaming laptops. (If you want something that’s easier on your joints, check out the MSI GS65 Stealth Thin.) With an NVIDIA GeForce GTX 1080 graphics card, you can count on high frame rates, even with the settings on “Ultra.” That’s right, push that GPU to the max.

And if you’re all about binding every skill to a key, you’ll be as psyched as we are about the programmable macro keys. We’ll always say yes to more customization.

We were impressed with the Razer Blade 14, but the Razer 15 is even better. This lightweight gaming laptop comes packed with an Intel i7 CPU and GTX 1060 graphics card and will run you a fairly budget-friendly price as gaming laptops go.

If you want a gaming laptop you can travel with for long distances, get something that doesn’t weigh more than five pounds.

This machine fits that bill, weighing in at 4.14 pounds and cutting a slim 0.7-inch figure. There’s no way it won’t slide into your carry-on.

Even with its small size, the Stealth Thin doesn’t skimp on quality. You’ll avoid choppy frame rates with the NVIDIA GeForce GTX 1070, and the i7-8750H puts plenty of processor power at your fingertips.

Another great feature? The Stealth Thin sports a better-than-average battery life. So, even if all the outlet seats are taken, you can still pass your layover burning enemies with Geralt’s Igni spell.

Runner-Up: Asus ZenBook Pro UX550VE
We recommend the Asus ZenBook Pro for travellers with less cash to drop. While it sports only an NVIDIA GeForce GTX 1050 Ti card, it still packs enough punch for a few gaming sessions while you’re on the road. One of our World of Warcraft guildies keeps this four-pound laptop close by when he travels for work.

Does price matter more to you than getting the best processor or graphics card? Then you might prefer the Dell G3 15 over our other picks.

This gaming laptop comes in under $1,000, but low price doesn’t mean poor performance here. The Intel i5 CPU and NVIDIA GeForce GTX 1050 Ti are more than enough to keep up with your teammates as you ready, aim, fire to grab that “winner, winner, chicken dinner” in PlayerUnknown’s Battlegrounds.

Plus, the Dell G3 15 lets you boost the solid state drive to a much roomier 256 GB for about an extra $100. And it still earns a “best affordable gaming laptop” title—even with that upgrade thrown in.

Runner-Up: HP Pavilion 15
Another winner in the under $1,000 bracket is the HP Pavilion 15. Trust us on this—HP has come a long way from the early 2000s. Our first HP was a giant, proudly displaying a Windows 98 sticker. But those days are long gone now. The main difference between the HP and the Dell? The HP comes with a (less popular) AMD Radeon graphics card. We don’t recommend AMD over Intel, but if you’re cutting costs, it’ll do you just fine.

Best Gaming Laptop to Splurge On

Got the money to do some serious splurging on a gaming laptop? We’re jealous.

If we ever won the lottery, we’d treat ourselves to the MSI GT75 Titan. This monster of a gaming laptop comes loaded with an i9 processor and GTX 1080 graphics card. We’re not hyperventilating. You’re hyperventilating.

That top-notch hardware delivers some amazing frame rates and processing speeds. And MSI didn’t skimp on the mechanical keyboard either. You can happily click-clack your keys into the wee hours of the night, nabbing those Overwatch plays of the game until the cows come home.

We never thought we’d see the day when a MacBook made the list for best gaming laptops, but hey, here it is.

Sure, Apple is well-known for delivering machines that kick butt in terms of graphics and pure processing power. And nowadays more and more games will run natively on Apple’s OS. Our gaming buddy Mike says he has almost 500 games in his Steam library, and about a quarter of them run natively on the Mac. Not bad.

To game on your Mac, you’ll want a dedicated graphics card. That comes standard on the 15-inch models like this MacBook Pro. Pair that graphics card with an Intel i7 processor, and you’ll get smooth performance even when you’re about to blow your cooldowns in World of Warcraft’s Uldir raid.

If you’re tip-toeing around corners to gank unsuspecting players in Call of Duty: Black Ops 4, you’ll want an internet speed that’s just as sleek as your new gaming rig. Check out our guide to how much speed you need for gaming to get the speed that’s right for you.

What to Look For in a Gaming Laptop

You can easily spend a few thousand dollars on a new gaming laptop, but do you really need to?

Depending on what games you’re playing, you can save some cash on lower-end specs. Here’s what we recommend:

A good graphics card, or GPU, will make gaming a more enjoyable experience with high frame rates. You’ll want a GPU with at least 4 GB of its own dedicated video memory, or VRAM.

Just Good Enough
NVIDIA GeForce GTX 1050: A 1050 or 1050 Ti is more than capable with your graphics sliders set in the middle. But if you’re playing graphics-intensive, top-of-the-line games like Shadow of the Tomb Raider, you’ll be disappointed.

Mainstream
NVIDIA GeForce GTX 1060: If you’re gaming at 1920 x 1080, a 1060 will still let you experience the detailed world of games like Witcher 3: Wild Hunt, all the way down to Geralt’s flowing white locks.

Hardcore
NVIDIA GeForce GTX 1070/1080: Open up your settings and put everything on “Ultra.” The 1070 will save you about $100 over the 1080 and still grind out silky frame rates and visual details. But if you’re looking for maximum frame rates while you play Assassin’s Creed Odyssey, get the 1080.

Don’t waste all that money you just poured into a dope graphics card. Make sure your resolution is up to par and comes with a refresh rate of at least 120 Hz.

At the same time, if you’re planning on stuffing your new gaming laptop into your suitcase for some on-the-go PvP, a huge screen might cause some issues. Of course, 13–14 inches is best if you travel a lot, but a 15-, 17-, or 18-inch screen is still portable enough to take on the plane.

You need a solid state drive (SSD), hands down. These come stacked with exceptional file-transfer speeds, so your games load faster. Plus, they have no moving parts so they’re more durable—a must-have for travel.

At a minimum, a 256 GB SSD is all right. If you can up that to 512 GB of storage, you’re even better off. But be prepared to fork over a sizeable amount of cash.

Your best bet is to grab a gaming laptop that pairs an SSD with a hard drive (HDD). This setup gives you more than enough room for photos, videos, and other files that don’t need quick load speeds on the HDD, while your operating system, games, and other files that benefit from those snappy speeds will go on your SSD.

Your processor, or CPU, is the workhorse for anything not graphics-related, like in-game physics and NPCs. Plus, a good CPU will keep your operating system, web browser, and other applications running smoothly.

Don’t forget to look at the clock speed too. Higher numbers are better—all our recommended laptops for gaming go up to at least 4 GHz.

Sadly, AMD CPUs just don’t stack up against Intel right now. So, if you see a laptop with an AMD CPU, run far, far away.

We recommend getting at least 8 GB of RAM. For even better performance, 16 GB should do it. If you want more than that, 32 GB should be more than enough.

Sure, gaming laptops will cost you a pretty penny. But if you’re on the road a lot or just can’t stand sitting at a desk for hours at a time, carrying your games with you is worth it.

Because we all know layovers and that two hours to kill before your next class are just the worst—especially if you can’t grind experience on your desktop PC.

Which laptop brand is best for gaming?

MSI gaming laptops are some of the best. In fact, two of our picks here are MSI—the GS65 Stealth Thin and GT75 Titan. Aside from the Titan, which is completely decked out, we find MSI laptops are a great bang for your buck.

Other high-rated gaming laptop brands we recommend include Alienware, Razer, and Asus.

Are Apple laptops any good?

Apple laptops are great for graphics-intensive applications like Photoshop and video editing software like Premiere Pro. For gaming, a MacBook should have enough juice for mid-tier games like League of Legends.

Just know that you’ll spend the same amount for an Apple laptop as you would for a better-equipped Windows gaming laptop. Choose your allegiance carefully.

What are good cheap laptops for gaming?

If that $1,000+ price range is simply out of the question, here are some affordable gaming laptops you can find for less than a grand on Amazon.

Keep in mind, if you want to play some of the newer titles, like Call of Duty: Black Ops 4, you’re probably looking at spending $1,000 or more. 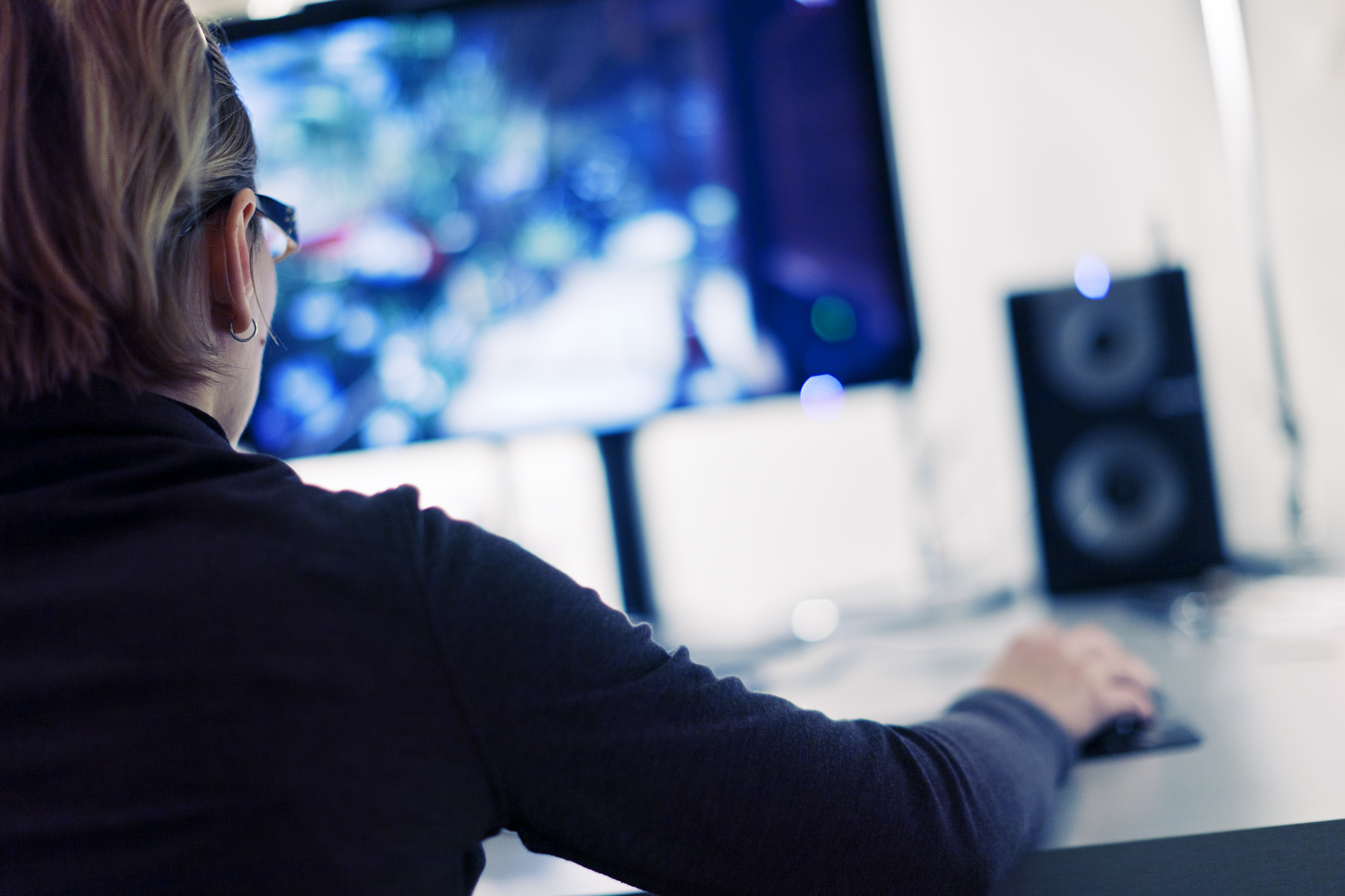 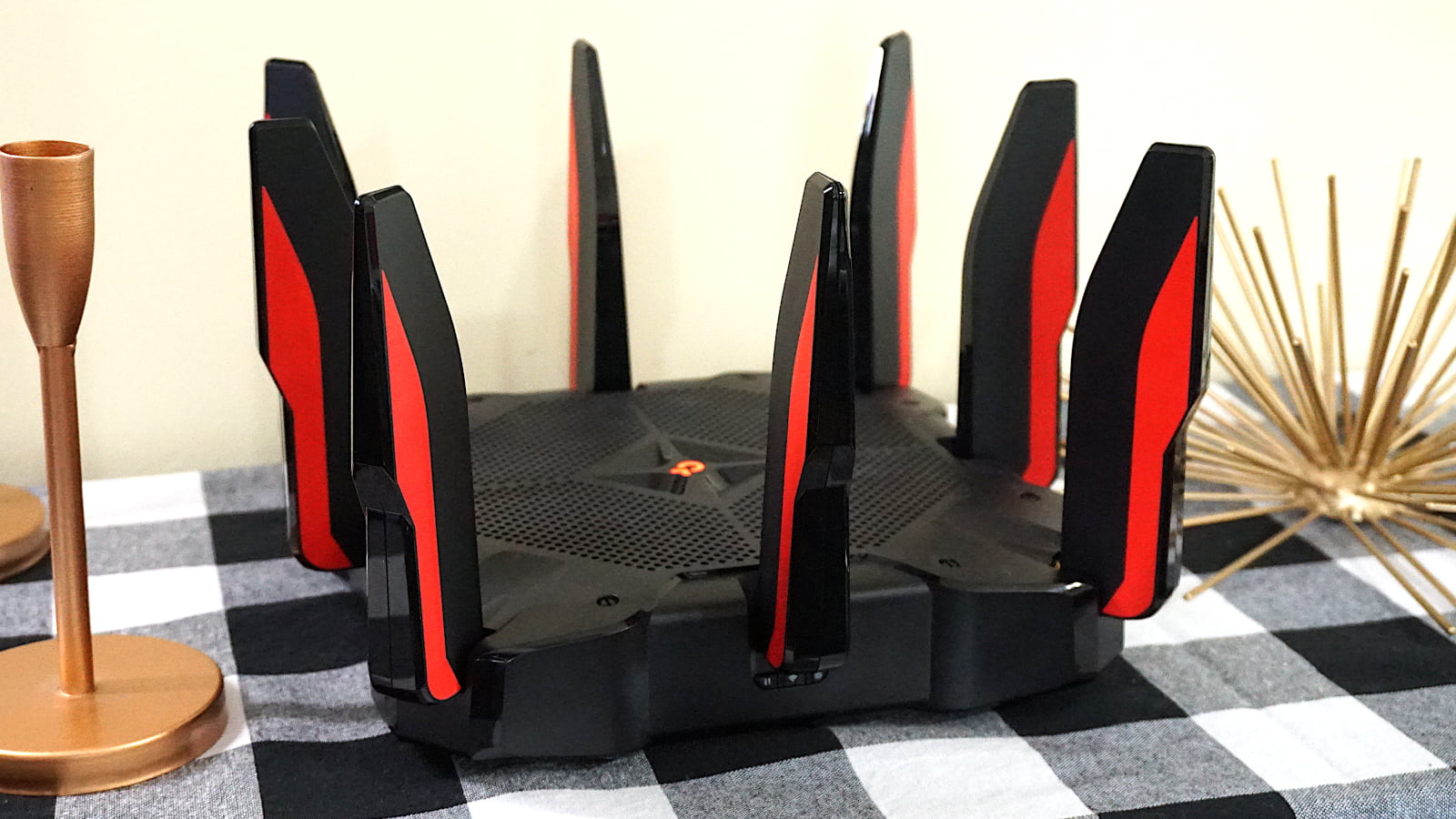 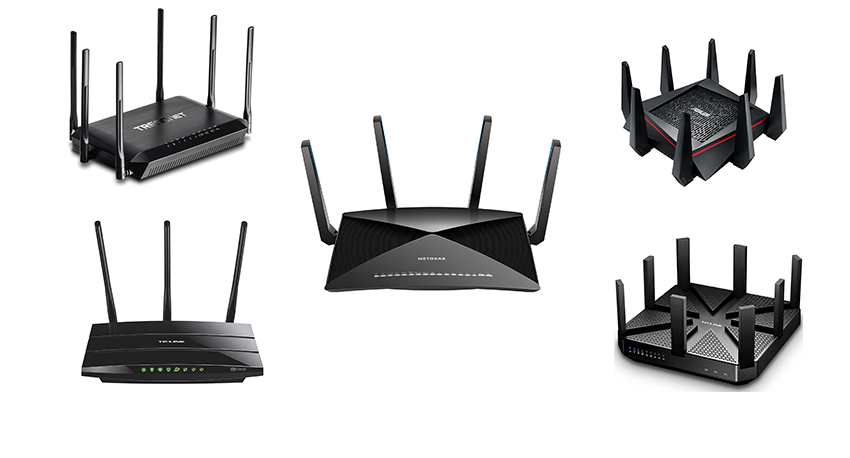