Inside Illegal Downloading: The Battle for Intellectual Property

By the time the ball dropped on a new century in 2000, file sharing technology had already ushered in the age of piracy. In the wake of Napster, Bit Torrent launched in 2001, and for the better part of a decade, copyright infringement threatened to cripple the film and music industry. Considering the current convenience of cheap downloads from legitimate streaming services, it’s hard to imagine there’s still illegal file sharing going on. However, industry supporters of legislation like SOPA (Stop Online Piracy Act) and Protect IP Act claim that the illegal downloading of music and films costs the American economy somewhere between $200- $250 billion dollars and over 750,000 jobs annually. Both the RIAA (The Recording Industry Association of America) and the MPAA (The Motion Picture Association of America) have argued that the very fans and artists who advocate that intellectual property like music and film should be “free,” would be the people who would benefit the most from a stricter enforcement of copyright.

“To support copyright law is to support technological ingenuity that ultimately benefits everyone. Copyright protection is about providing the right incentives to make sure everyone has access to content across multiple platforms, and that the people who make that content are able to continue to do so.”

The Motor Picture Association of America, Why Copyright Matters

So how did illegal file-sharing transform the entertainment industry? We’ll take a look at a brief history of piracy, including the recent efforts by some government organizations to turn the tide against illegal content sharing sites. We’ll also discuss the consequences of copyright infringement and the current systems that exist to help the average consumer avoid violating intellectual property rights.

Intellectual Property & Piracy: A Troubled Past

When teenage dropouts Shawn Fanning and Sean Parker conceived Napster in 1999, it’s doubtful they fully understood the extent to which their actions would change an entire industry. The music downloading service was the first to utilize peer to peer sharing and by March of 2000, Napster boasted over $20 million downloads. In just a few months, those numbers would triple. This explosion of activity drew a lot of attention, including some high-profile lawsuits from the likes of Metallica drummer Lars Ulrich and Dr. Dre. This litigation would eventually spell the end for the peer to peer sharing site when later that year, a court ordered Napster to remove files from any artists that requested their music not be shared. Napster was bought out and reborn as a streaming pay service, but the damage was already done. The public had tasted unfettered access to entertainment content and we were thirsty for more.

Kaaza burst on the file-sharing scene shortly afterwards, and it brought with it the risk of malware.  Illegal downloading became increasingly risky business as record companies began to target individual citizens. The first case of copyright infringement to be brought before a jury in the United States was Jammie Thomas vs. Capitol Records. Jammie, a Native American mother of four from Minnesota, was charged with sharing 24 songs on file-sharing site, Kaaza. As the case proceeded through litigation and a series of appeals from 2007 until 2013, damages at one point totaled nearly two million dollars. In 2013, Wired reported that Capitol Records suggested that Jammie Thomas could avoid financial consequences by becoming a spokesperson in their public campaign against copyright infringement, an offer she flatly refused. The final ruling, handed down in 2013, mandated that Thomas pay a $220,000 fine. She promptly declared bankruptcy. It had been a messy and prolonged legal battle that turned an unlikely defendant into a scapegoat and served only to further agitate the controversy surrounding illegal downloading.

The rise of digital music was inevitable, however. In 2003, Apple launched iTunes. During the first week, the music store boasted one million downloads. It became obvious that the public was simply hungry for cheap, online content. Streaming services like iTunes, Netflix, and more quickly stepped in to fill that need and offered fans a legal way to pursue their passion.

“I think people want to enjoy their entertainment when they want it and how they want it, on the device that they want it on. So ultimately, that’s going to drive the entertainment companies into all sorts of different business models … If you’re a content company, that’s a great thing – more people wanting to, you know, enjoy your content more often in more different ways, that’s why you’re in business. But the transitions are hard sometimes.”

Today, the music and film industry are much more likely to partner with government agencies to target piracy sites than they are to profile and punish individual file-sharers. This is due in large part because the massive influx of pirated music and films has slowed to a trickle. In 2012, PayPal cut all ties with cyber lock sites, blocking them from using the platform to exchange funds. Cybersecurity teams looking to prosecute piracy have learned the most effective approach is simply to follow the money. That doesn’t mean, though, that individuals are off the hook. Let’s take a closer look at how illegal downloading currently happens and the consequences you might experience if you are found guilty of copyright infringement. 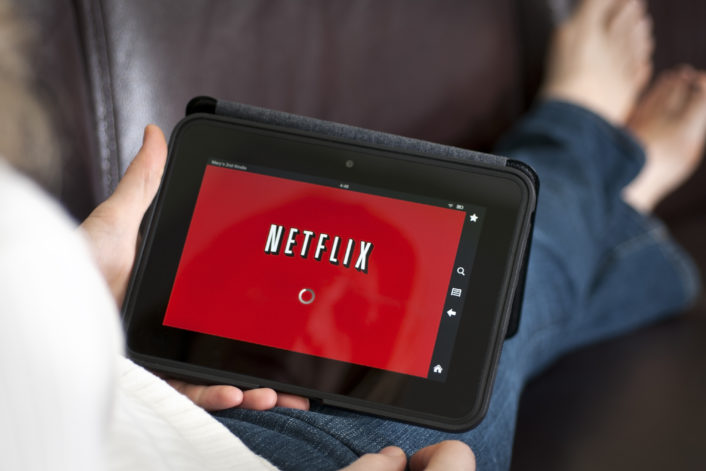 One of the most popular ways to get illegal material is through an Internet service called BitTorrent. People around the world have used this service to get the latest movies or most popular songs for free. While millions may be using BitTorrent, it’s still illegal to download copyrighted material. Other popular sites for illegal downloading or streaming include Megavideo or Pirate Bay.

Most people understand that downloading copyrighted material is illegal, but how can you tell if an online streaming service has obtained content legally? If you’re watching movies from providers like Netflix or Hulu, you’re typically paying for that service and thus, the content you are watching is legally obtained. The same goes for music. If you’re listening through Pandora or Spotify, you typically pay for that content or you download a free version of the app that is sponsored by advertisers. Either way, the artists have agreed to allow those providers to stream their content and as a subscriber, you’re not in any danger of infringing on copyright.

If you’re simply watching a movie or listening to music online off a random site, you’re still protected by law. It’s illegal for the person who posted the video to make it available publically online, but it is not against the law for you to watch or stream that video unintentionally. However, if you reproduce or redistribute the video or music file that has been obtained illegally, you are then infringing on the copyright. For example, if you try to download a video to your hard drive, you have then broken the law and can be held accountable. The key here is that the act of downloading or the act of sharing is intentional and can be prosecuted, rather than unintentionally streaming illegally obtained music, films, or TV. 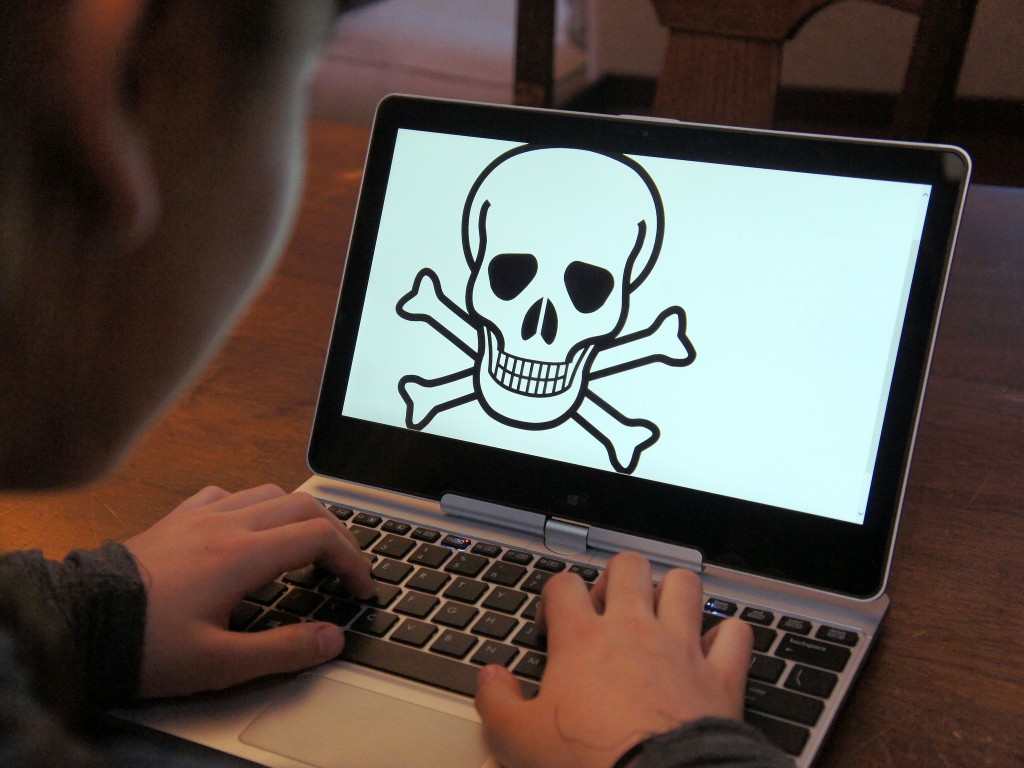 The Consequences of Copyright Infringement

The BBC reported a study done by computer scientists at Birmingham University where the risk to file-sharers to upload and download online files was closely examined. The study found when a person downloads a file from a site like BitTorrent or Pirate Bay, their IP address is recorded. The IP address, along with other IP addresses from around the globe that are hosting the file, are linked. Because your IP address is the computer’s equivalent to a fingerprint, your risk of being caught increases significantly. Copyright holders could use the IP address collected to crack down on those downloading illegal content.

If you are caught distributing or downloading illegal content, you could face a lawsuit. To help Recording Industry Association of America and The Motion Picture Association of America crack down on illegal downloads, a six-strike rule has been put into place. The Copyright Alert System works with content owners, such as the RIAA or MPAA, to issue alerts to individuals regarding illegally download information. This is done through infringement notices issued via Internet Service Providers. So far, AT&T, Comcast, Cablevision, and Time Warner are working with the Copyright Alert System. The first time someone is notified they have downloaded illegal content, they receive a notice. A second notice requires the person being notified to acknowledge the receipt of the notice. Continued infractions require the person downloading illegal content to watch an educational video or risk their Internet connection being throttled. After six offenses, the content company can then try to sue you as a serial pirate. As many as 1.3 million warnings were given out in 2013 through the six-strike system.

There are more aggressive means to go after copyright offenders. One of those aggressive alternatives is a company called Rightscorp. Rightscorp identifies the IP addresses of those sharing illegally via BitTorrent. The company will send a notice to the Internet user through their service provider. The notice threatens the user with a maximum penalty (up to $150,000) or a settlement offer, which averages about $20 per infringement. Most people opt to pay the $20 fine rather than engaging in a prolonged legal battle. In 2013 alone, Rightscorp collected about $750,000 from people who received notices.

Despite these efforts to quell illegal downloading, the practice, and the controversy surrounding it, continues. Several studies have pointed to evidence that rather than negatively impacting sales in the music and film industry, pirating actually bolsters interest. Many entertainment industry leaders advocate for a compromise that relies on inexpensive, online content where artists are primarily incentivized by concert sales, merchandise, and advertising tie ins. 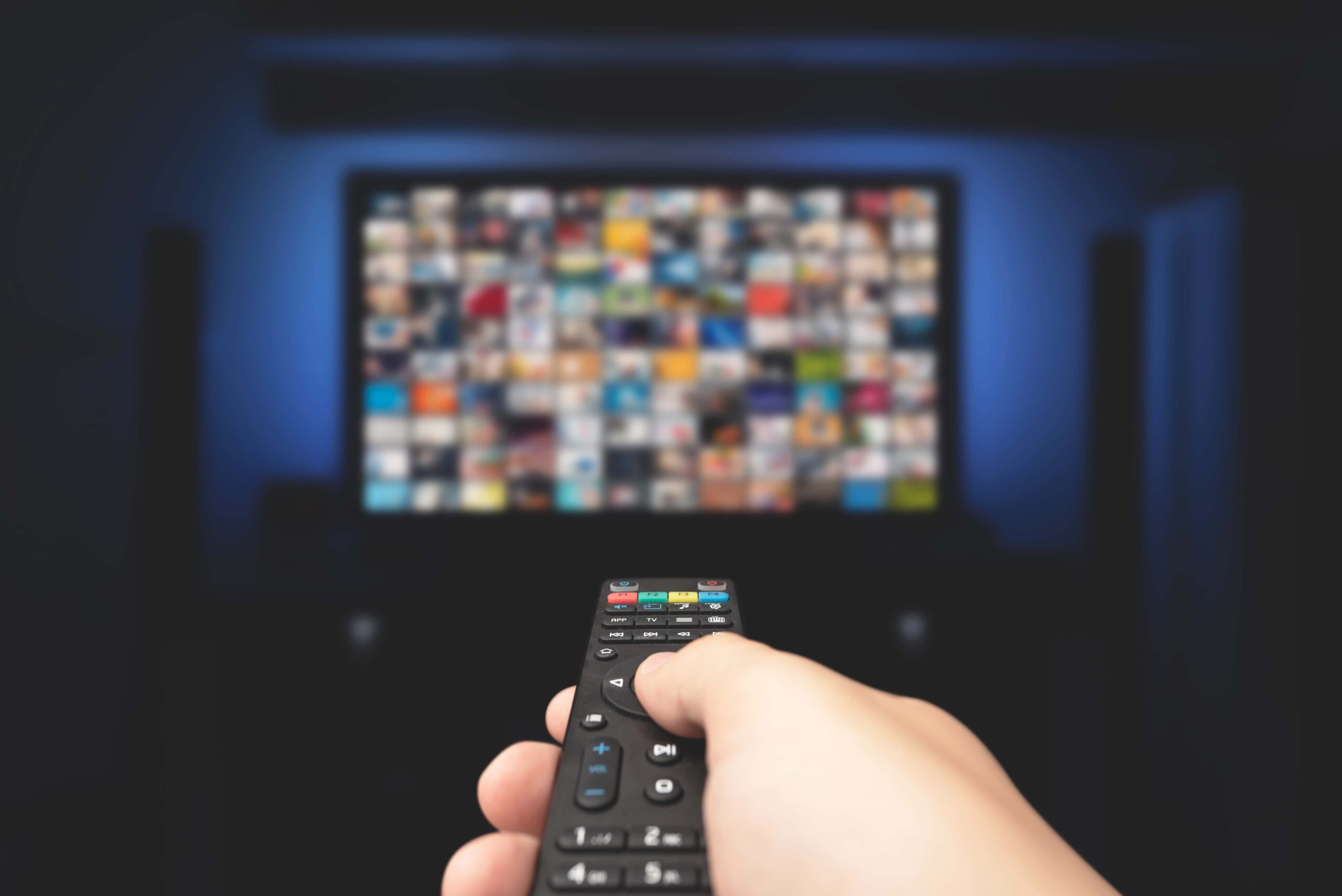 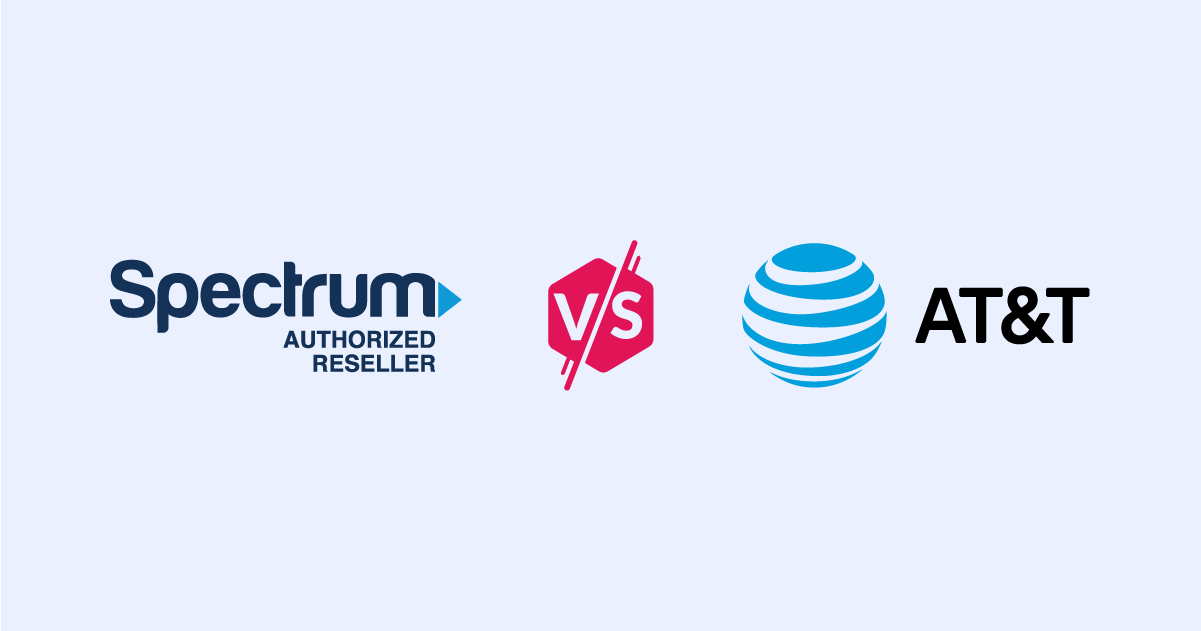 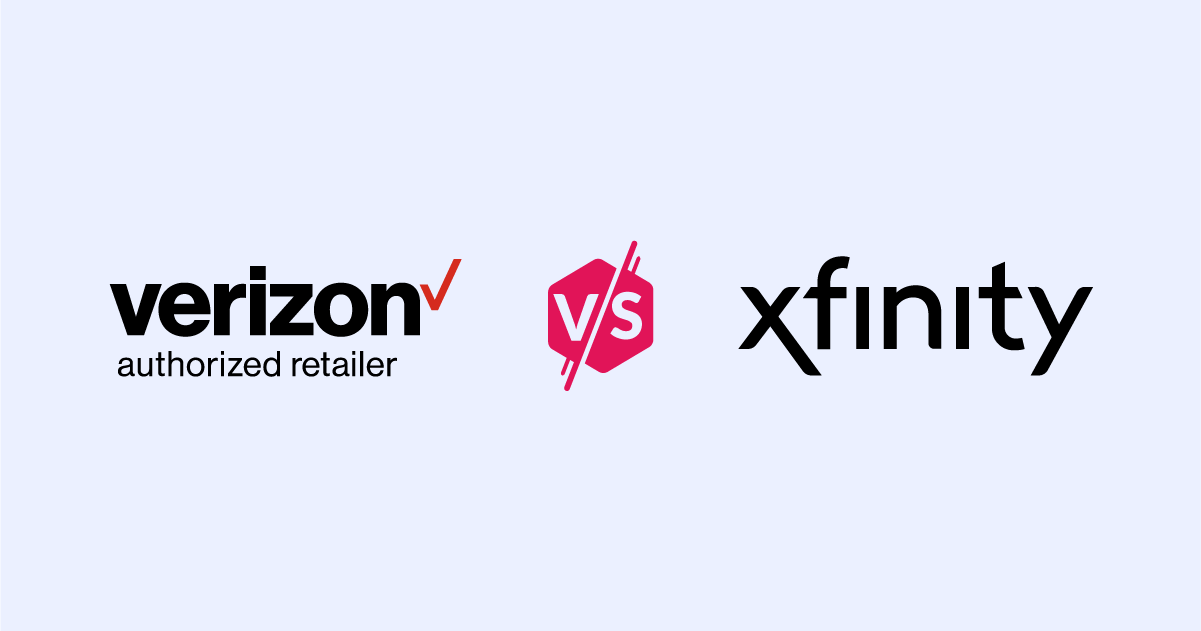 Verizon vs. Xfinity: Which Internet Provider Is Best for You?
Oct 4, 2022 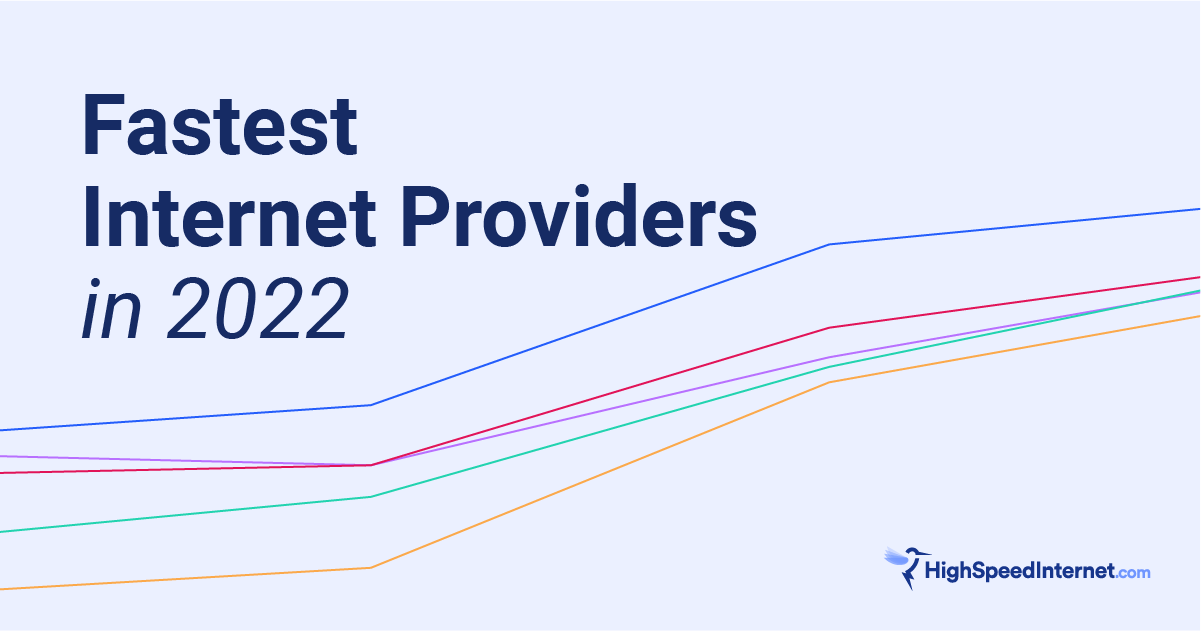