Every State’s Favorite Netflix Show in 2020

Netflix continues to dominate the streaming service scene, with 193 million viewers and over $20 billion in revenue (as of 2019).1 To keep growing, Netflix planned on adding as many as 113 new Netflix shows in 2020. With so many streaming choices, the temperatures cooling down, and more people staying in, we had to find out what America was watching in 2020.

The Umbrella Academy is America’s most popular Netflix show

For the second year in a row, the most popular Netflix show in America was The Umbrella Academy, which picked up the most search volume in seventeen states.

The Umbrella Academy was nominated for two Emmy’s and has won or been nominated for dozens of other awards.2 On Rotten Tomatoes, the show earned an 82% critic’s score and an 87% audience approval.3 And fans watched over 3 billion minutes of the superhero series during the first week of the season 2 release. So, if you still haven’t seen The Umbrella Academy, hop on the bandwagon. This superpowered show adapted from Gerard Way’s comic books is more than okay (we promise!).

Americans searched for The Umbrella Academy, Black Mirror, and Orange Is the New Black more than any other shows, which proves Netflix Originals have taken over.

Although Black Mirror started as a BBC original, Netflix bought the rights for season 3 and beyond. Peaky Blinders, which was the favorite in Massachusetts, also first premiered on BBC but was later picked up by Netflix.

Joe Exotic and Carole Baskins are still stealing the show in Kansas and Oklahoma, seven months after the release of Tiger King. But should we be surprised that such a chaotic and popular show is still making waves?

With more spin-offs coming out in the future—seemingly more for entertainment than preservation awareness—will we ever see real justice for the animals these people claim to love?

GLOW can no longer go

One of the most popular shows, GLOW, has been canceled during the pandemic due to filming restrictions.6 The women’s wrestling show was the favorite in five states, but, unfortunately, it looks like it’s been knocked out of the ring permanently.

What are you going to watch next on Netflix?

Does your favorite Netflix show match your state’s? Share this article with your friends on Facebook and see what they’re watching.

To determine each state’s favorite Netflix show, we analyzed the most popular shows using Google Trends data to discover which ones people in your state showed the most interest in during 2020. To improve the results, we gauged popularity in the Arts & Entertainment category. Our initial list of Netflix shows came from Digital Trends.

Slow and Overpriced: Americans Need Faster Internet, but Only 16% Upgraded since COVID-19
Nonstop Horror: Get Paid $1,000 to Watch 24 Hours of Horror Movies This Halloween 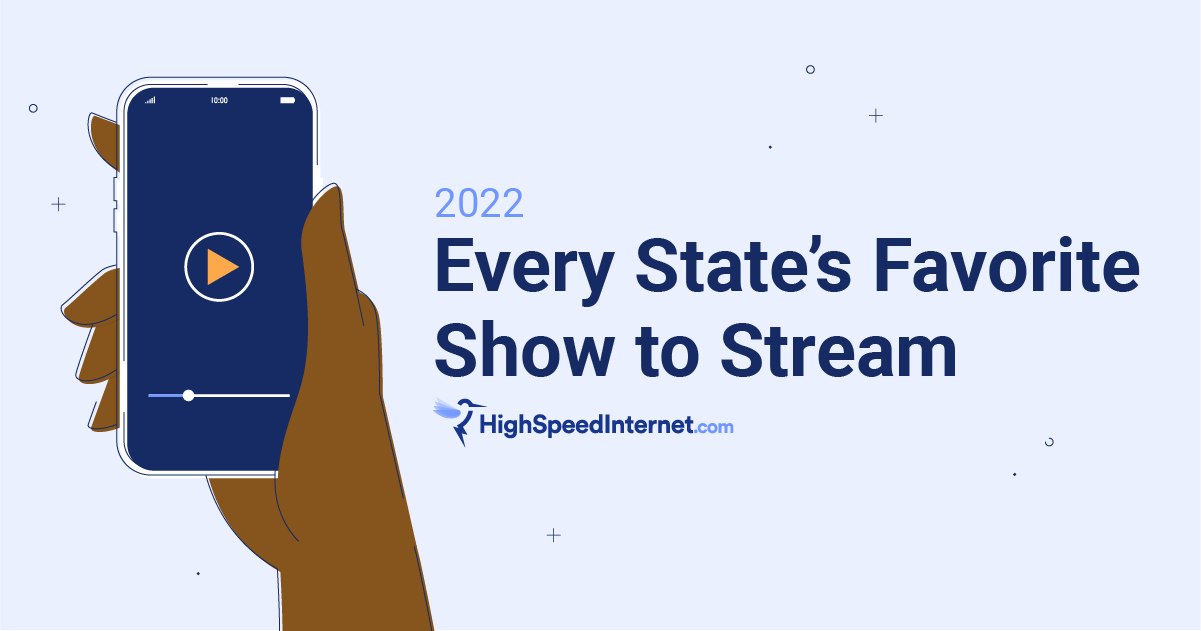