What Is C-Band 5G and Why Does It Matter to You?

Getting 5G much closer to its full potential

There’s been a lot of talk lately about C-band 5G. Once used primarily by satellite TV operators, C-band is a type of radio spectrum that cellular companies are now harnessing to improve the performance and reach of 5G wireless networks.

Long story short, C-band is the stuff that will give your 5G phone a massive speed boost on a much more regular basis. It will make 5G finally worth your while, after years of 5G being mostly unavailable and not nearly as fast as initially promised.

But what is C-band spectrum, exactly? And what makes it so special? Keep reading to learn the ins and outs of C-band and how you can get the most out of it on your phone or mobile device.

Not sure if you’re getting the best performance on your 5G phone?

Run a speed test to see what bandwidth you have in a 5G area.

You can also use our How Much Internet Speed Do I Need? tool to see what works best for you based on your home and mobile internet needs.

Why Is C-band 5G important?

The introduction of C-band is the next big step in the years-long deployment of 5G wireless networks. AT&T, Verizon, T-Mobile, and a handful of other US telecom companies have collectively invested more than $95 billion to obtain licenses to use a chunk of this coveted radio spectrum in their 5G networks. The federal government has given the green light for C-band to be rolled out in dozens of American cities beginning in January 2022.

Wireless companies use radio waves on the electromagnetic spectrum to provide internet access on your cell phone. And C-band falls in the middle of the radio spectrum used for 5G networks—specifically, according to federal standards, it refers to the frequency bands of 3.7–3.98 GHz.1 This is on the low end of a wider C-band spectrum, which has primarily been used for satellite TV broadcasts and distribution since the 1970s.

5G uses a wide range of radio frequencies to deliver internet data to our cellular devices. C-band is lower on the radio dial compared to millimeter-wave spectrum (24–47 GHz), the much-hyped type of 5G that can deliver gigabit speeds over short, line-of-sight distances. However, C-band is a higher frequency than low-band 5G (600 MHz–1 GHz), which has a similar range and speed capacity as 4G.

Since C-band fits in the middle of the spectrum, it hits the sweet spot between mm-wave and low-band, combining faster speeds with longer range.

If you’re curious about C-band 5G because you want a wireless home internet setup, then run a search with your zip code below to see what kind of home internet you can get in your area.

If C-band is so great, then why are we just getting it now?

European and Asian telecommunications companies have already deployed C-band in their 5G markets, but the United States is late in hopping on the C-band bandwagon.

The build-up to 5G in the late 2010s came with a lot of hype. Commentators and telecom experts bandied about a lot of buzzwords and made promises that 5G will soon pave the way for everything from gigabit phone speeds to self-driving cars to robot brain surgeries.

Alas, that bright future has not become a reality. Throughout 2020 and 2021, 5G was only intermittently available on peoples’ phones. For the most part, 5G speeds were only a nudge or two faster than 4G.3

Get a full run down on the differences between 4G and 5G wireless networks in case you’re unsure about speed, pricing, and availability.

5G’s lackluster performance has a lot to do with the radio spectrum that federal regulators made available for commercial use. Cellular companies need to purchase licenses from the Federal Communications Commission in order to use certain airwaves for their wireless networks, and initially, the FCC emphasized millimeter-wave channels (24–47 GHz) over C-band channels, since millimeter-wave had little commercial use and a lot of potential to deliver fast speeds.

Millimeter-wave looks fantastic on paper—it’s capable of delivering gigabit-plus speeds and significantly lower latency. But there are some big downsides to millimeter-wave, too, which put a damper on cellular companies’ abilities to roll out the fastest form of 5G quickly across the country.

For these reasons, 5G’s progress lagged during the initial two years of deployment, and now cellular companies are eager to deploy C-band to really get 5G going.

Looking for a new internet setup? Run a search with your zip code below to see what you can get in your area.

Verizon and AT&T are the two main cell carriers using C-band 5G right now. So if you have a cell phone plan with either, you’re golden. Of course, you’ll also need a 5G phone with C-band capability to access any C-band networks.

C-band 5G is currently available in 46 major cities, reaching 60% of the US population. Verizon and AT&T still have to build up their cell sites to make sure C-band is available in all of these places, but there will be much wider availability starting in 2022.4

Another portion of C-band spectrum will be available in 53 more major markets beginning in December 2023. That includes a lot of C-band spectrum controlled by T-Mobile, which has focused on building up lower-band versions of 5G with slightly slower speeds.

Where can you find C-band 5G, exactly?

Allnet Insights & Analytics put together a list of where C-band 5G is available as of January 2022. It also has listed where C-band will be made available beginning in December 2023. Take a look below to see if you can get C-band 5G in your city or town.4

Markets where C-band 5G is currently available (listed in order of population size):

Markets where C-band 5G will be available starting December 2023:

Which cellular carriers have C-band 5G?

Verizon and AT&T are the main cellular carriers with C-band 5G right now. Verizon controls about 60% of the currently available C-band 5G spectrum, while AT&T has licenses to operate 40% of it.2

It may take several months until C-band is available everywhere, but you can expect AT&T and Verizon to focus on deploying their C-band spectrum across their current 5G networks throughout 2022.

T-Mobile also has C-band, but it isn’t cleared to make its C-band 5G networks live until December 2023, as per government regulations.

Even without C-band (for now), T-Mobile remains the leader in 5G

T-Mobile is the dominant force in 5G so far. According to a report from analytics firm Opensignal, T-Mobile had the fastest 5G speeds and the greatest 5G availability of the three major cellular carriers as of October 2021.3

At the beginning of 2022, T-Mobile’s 5G network reportedly reached 210 million people, while Verizon covered just under half that with its own 5G network using C-band spectrum.4

Reportedly, T-Mobile hopes to stay the lead 5G player throughout 2022 by increasing its investments, expanding its wireless reach, and bringing on more customers in mobile and with its fixed-wireless T-Mobile Home Internet service.

Which 5G phones have C-band?

You can get C-band on numerous 5G phones, including iPhone 12, iPhone 13, Samsung Galaxy S21 phones, Google Pixel 5, and Google Pixel 6.

To make sure a phone can use C-band 5G, go to the list of tech specs on the package or the manufacturer’s website and look in the wireless section to see if it supports the frequency bands called n77 and n78. N77 is the code for the frequencies 3.3–4.2GHz, making it the main frequency that we know as C-band. N78 also covers frequencies that fall within C-band spectrum.6

You can use 5G on your phone—but you can also get it as a home internet setup. Take a look at our review of Verizon 5G Home Internet to see how it works.

Which 5G phones are NOT compatible with C-band 5G?

Any 5G phone that does not support n77 and n78 bands will not be compatible with C-band 5G. Many of the early 5G phones don’t have C-band support and some low-end phones currently on the market don’t have C-band either. If you’re not sure whether your phone supports C-band, contact your cell carrier to double check.

Do you need a 5G phone with C-band?

You need a 5G phone to access any type of 5G service, including C-band. But you don’t necessarily need C-band on a phone right now—unless you have Verizon or AT&T and hope to get the most out of your 5G experience. While C-band isn’t fully deployed yet, availability will expand in 2022, and the right 5G phone will ensure you get the best speeds in the widest coverage area.

If you’re on T-Mobile, don’t worry about investing in a pricey phone just for the C-band. T-Mobile won’t deploy C-band until late 2023—and likely by then, a lot more 5G phones will be on the market, and most (if not all) will have C-band capability.

As you shop around for 5G phones and networks, it’s also important to see what you can get for your home internet. Run a search below to see what’s available in your area—and how it compares to 5G capabilities.

If you’re curious about C-band 5G because you want a wireless home internet setup, then run a search with your zip code below to see what kind of home internet you can get in your area.

How to Fix Your Slow Internet
What is a backhaul? 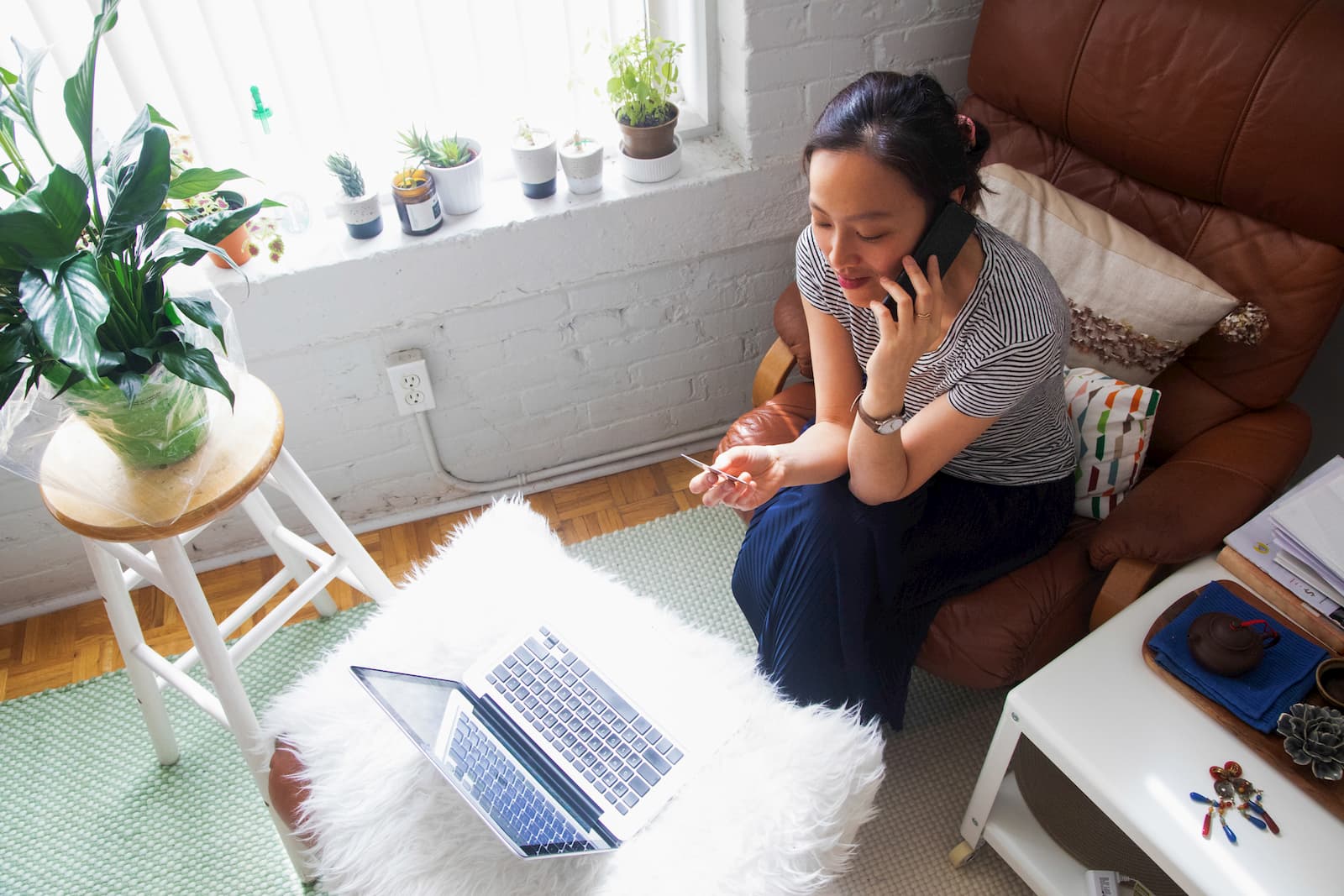 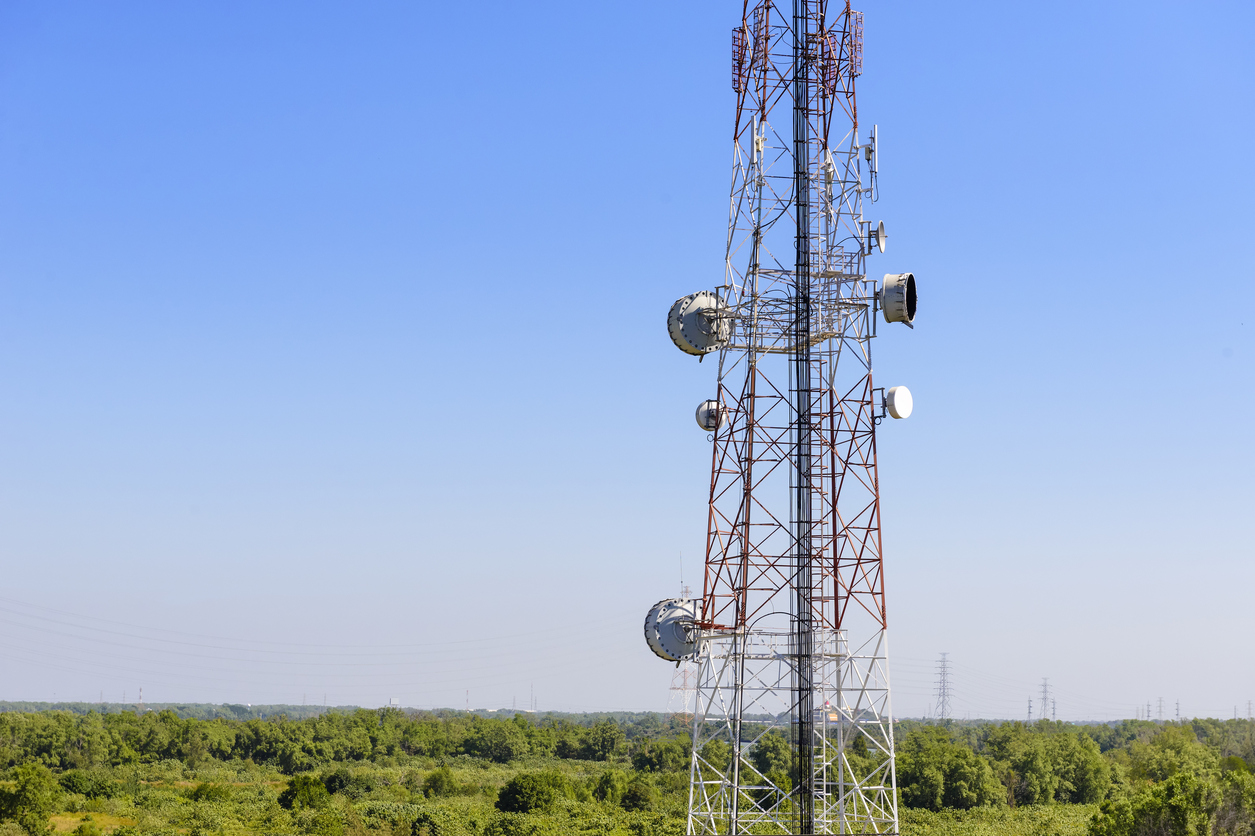 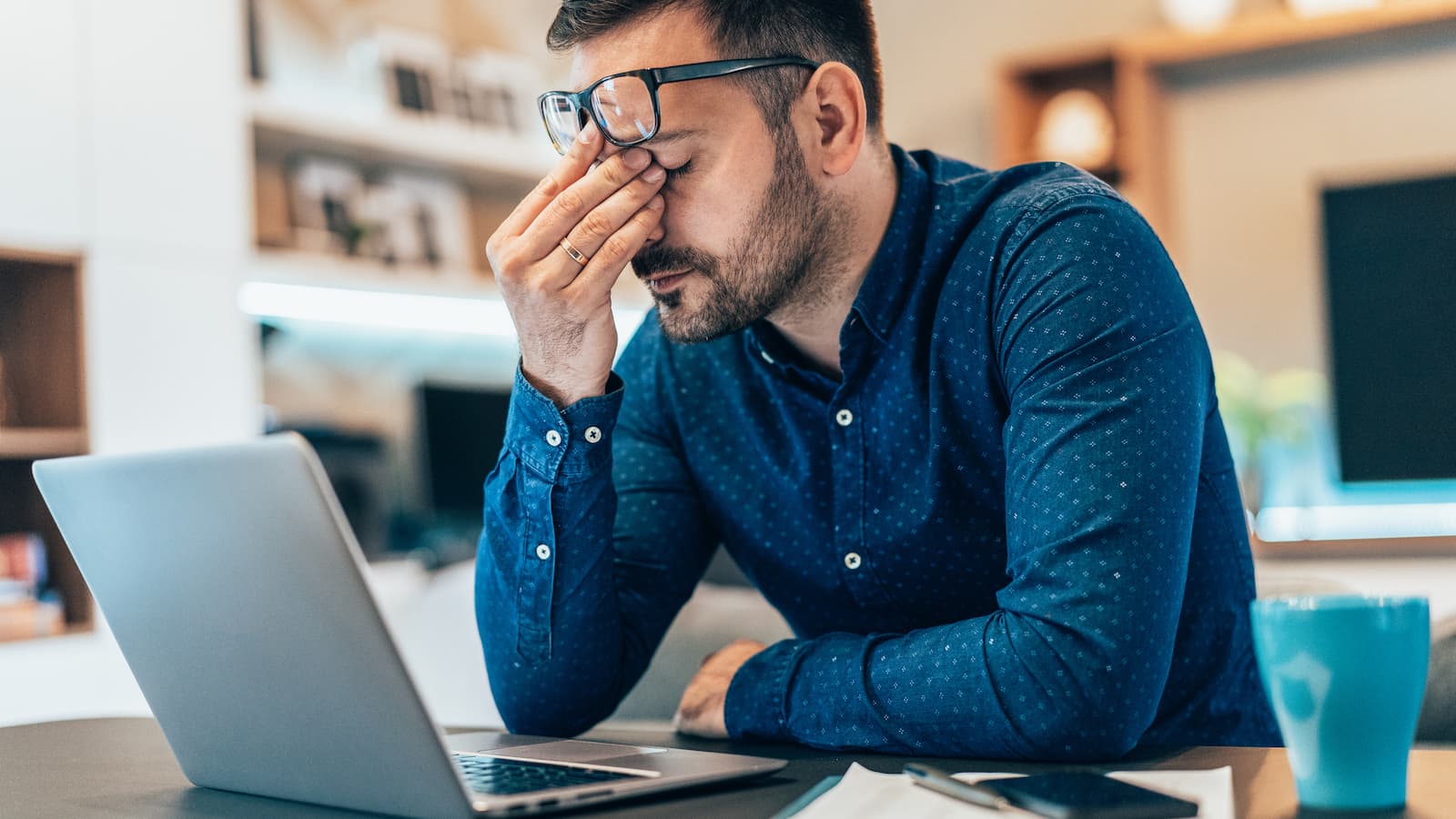 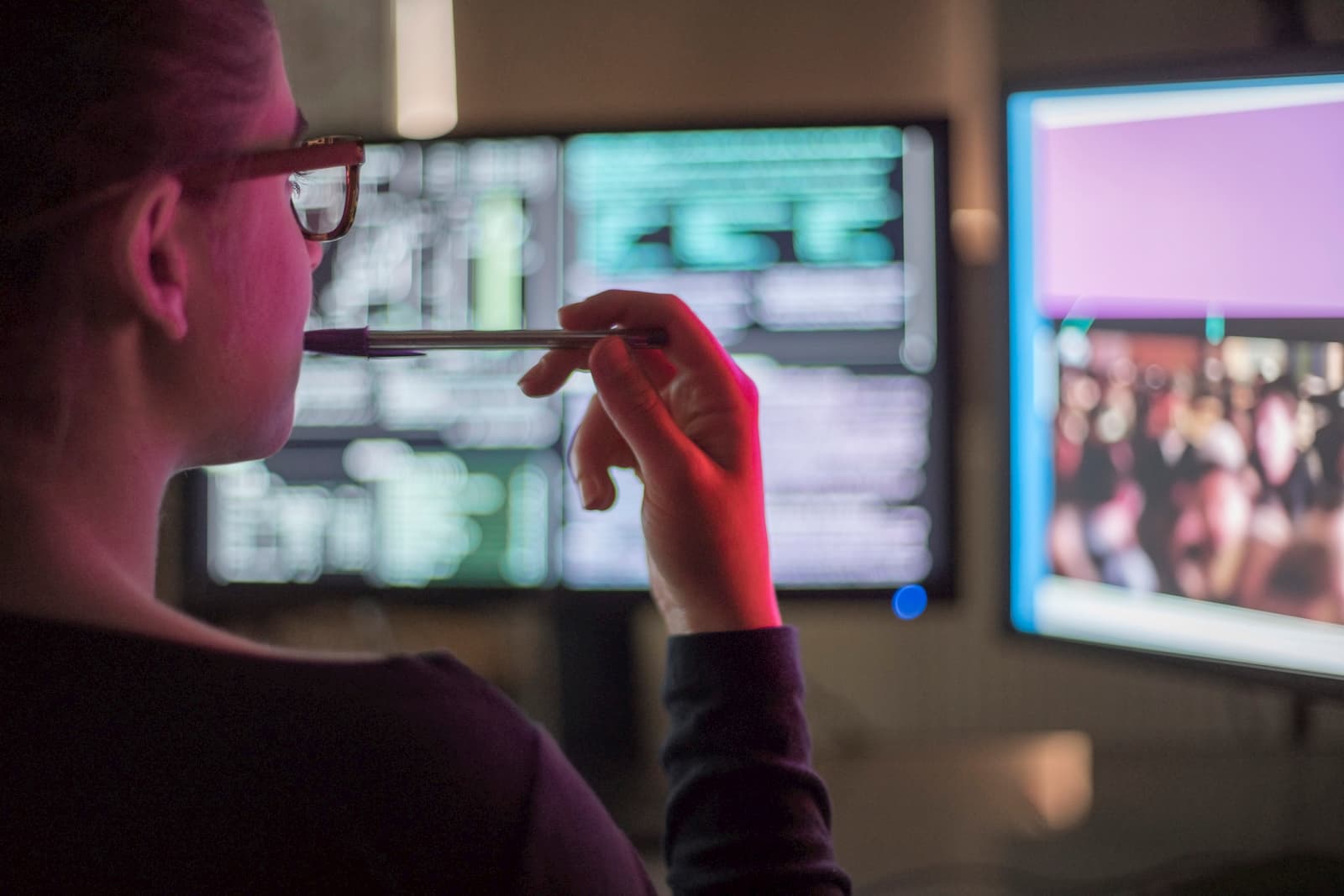