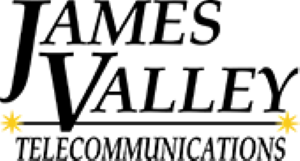 What is the best internet provider in Aberdeen?

Pressed along the border of South Dakota and North Dakota, the city of Aberdeen is home to just over 28,000 people. This makes it one of the largest cities in South Dakota. It should come as no surprise that high-speed Internet is very important to the homeowners and business owners in this region.

One of the most well-known ISPs in the Aberdeen area is CenturyLink. Through this company, almost all of Aberdeen has coverage. However, service stops just short of the northern edge of Aberdeen. Additionally, some of the southern neighborhoods in this city are not in the CenturyLink service area.

Midcontinent Communications has a network that reaches part of Aberdeen. The central neighborhoods of the city, including Presentation and Roosevelt, fall into this area. Service extends west beyond city limits, but few eastern, southern, and northern areas have coverage.

Another local provider in this area is James Valley Telecommunications. Through this company, most neighborhoods in northern, eastern, and southern Aberdeen enjoy consistent service.

James Valley Telecommunications offers internet at speeds up to 1000 Mbps

Midco offers internet at speeds up to 200 Mbps

Ultra Home Internet offers internet at speeds up to 182 Mbps