What is the fastest internet provider in Chicago?

AT&T is the fastest internet provider in Chicago with fiber speeds up to 5000 Mbps—that’s really fast, but probably more speed than you need. The Chicago area also has access to the smaller fiber internet service providers (ISPs) Upstream and Everywhere Wireless, each offering plans up to 1,000 Mbps.

Chicago has two very fast cable ISPs for those that don’t have access to fiber. Xfinity is the fastest, with plans up to 1,200 Mbps. Xfinity came in at second in our fastest internet providers in 2022 analysis, higher than any other cable ISP.

What is the cheapest internet provider in Chicago?

Astound Broadband is the cheapest major ISP in Chicago, with its 110 Mbps plan starting at $19.99 per month. Xfinity also offers affordable plans starting at $25, but its budget plan offers less than half the speed at just 50 Mbps. While we recommend going with Astound Broadband’s speeds if your can, both of these reliable cable internet plans offer good value.

**For the first 12 months with a 1-year agreement. Taxes and equipment not included.

***Offer available to new qualifying customers. One-time standard installation fee may be due at checkout. Minimum 24-month service term required. Equipment lease fee is $12.99/mo. Taxes apply. Service is not available in all areas. Offer may be changed or withdrawn at any time.

****Price after $5/mo. Autopay & Paperless bill discount (w/in 2 bills). Plus taxes & fees. Internet speed claims represent maximum network service capability speeds and based on wired connection to gateway. Actual customer speeds may vary based on a number of factors and are not guaranteed. For more information, go to www.att.com/speed101.

What are the fiber internet providers in Chicago?

Most of the greater Chicago area has only two major options for broadband internet, but people living near the shoreline—either in the Hyde Park area or around Wrigley Field—will have a few more.

The FCC (Federal Communications Commission) defines broadband as internet service with at least 25 Mbps download speed and at least 3 Mbps upload speed. Those speeds are enough for most internet activities, including streaming video or playing games online.

“My At&t internet service is fast and reliable and they have been more than generous in giving me good deals in pricing my service.”

The provider WOW! also offers internet service in a few blocks around UIC (University of Illinois at Chicago) and in areas north of O’Hare or south of Midway, as well as some of the western suburbs. If these options don’t work for you, Viasat offers satellite internet service to nearly the entire Chicagoland area.

Most of these providers also offer TV service, which means you can save when you bundle the two services together. Even AT&T, the major internet provider for much of Chicago, offers discounts when you bundle with DIRECTV.

EarthLink earned the top overall rating in our annual internet customer satisfaction survey, and it received the top rating in every category. EarthLink’s customer-centered approach is clearly working — the provider offers fast speeds, no data caps, and no teaser rates, which means no surprise price hikes down the line. EarthLink customers rated their satisfaction with Earthlink a 4.2 out of 5 stars.

AT&T also scored well in our customer satisfaction survey, with an overall satisfaction rating of 3.8 out of 5. 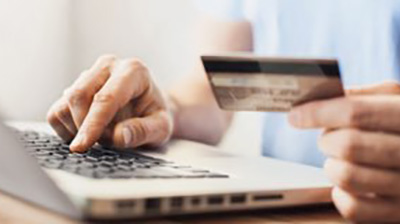 How expensive is high-speed internet?

Read more about How expensive is high-speed internet?

Read more about AT&T vs Spectrum

AT&T, EarthLink, Xfinity, and Spectrum Internet services all have a lot to offer, but based on our annual customer satisfaction survey, Earthlink has the happiest customers. Earthlink customers scored their satisfaction with internet prices, speeds, reliability, and customer service higher than any other ISP. They can go toe-to-toe with any provider on speeds with their gigabit plans, and they have a customer-centered approach with no data caps and no deceptive teaser rates.

AT&T also got high marks in our satisfaction survey (coming in second overall), but Xfinity and Spectrum fell in the rankings compared to last year. They both rank in the bottom third of the 12 ISPs included in the survey. Still, both offer fast speeds and reasonable prices for internet plans and are worth looking into. In fact, 87% of customers from both providers report that their internet speeds meet their internet needs.

What’s the best deal on internet service in Chicago?

If you’re simply looking for the lowest price, Xfinity offers internet services starting around $30.00 per month. (Keep in mind that this is a promotional price that increases after the first year.)

If you want the most speed for the price, you want the Xfinity gigabit extra package (if it’s available in your area) for at least the first year. It costs over $80.00 per month, but it delivers the best ratio of speed to price.

For a good speed-to-price ratio in a more affordable price range, you have several provider options. Xfinity has the best promotional rates, but they go up after a year. Bundling with AT&T actually offers the best long-term deal. By bundling you can get AT&T internet service for $40.00 per month. And, since it’s a bundle, that price won’t increase, but you will have the additional cost of the TV, home phone, or mobile service you bundle with.

What’s the best Chicago provider for bundling TV and internet?

The best Chicago provider for bundling TV and internet is Xfinity. RCN is also a solid option if you’d rather go with a smaller provider with cheaper packages. Both providers offer discounts for bundling, but we’d recommend going with Xfinity if it’s available. With an Xfinity internet and TV bundle, you’d get access to X1 TV and Xfinity Flex—that’s enough entertainment to keep you happy for a long time.

Will my apartment management set up my internet service?

Many Chicago residents can get internet service included in their monthly rent. While this is common, it’s not universal. It will vary by area and even by each individual landlord.

Getting internet service through your apartment management can be a good deal because they can sometimes negotiate a bulk rate with the Internet Service Provider (ISP). However, because the ISP has a deal with the management instead of the individual customers, it may not be as responsive. Plus, going through your landlord can limit your choices.

Whether you should go with the internet option included with your apartment or find your own will vary in each individual case, but here’s some more information about internet for apartments to help you decide.

What do I need to install AT&T?

If you’re on a tight budget, you could save money up front by installing your internet service yourself. We recommend using the installation guides in our resources section. (Here’s the AT&T Installation Guide as an example.) They’ll walk you through the process and help ensure you don’t make any mistakes that will cost you more than you’re saving.

What is the best internet provider in Chicago?

Their service goes out everyday. Not worth what they charge, not worth anything really.

Too slow I just have basic internet only 3mbps download. I have many problems with Zoom crashing. Customer service is OK. It is reliable though.