Your speed is faster than % of our speed test results.

How does it feel to be on top? You can stream live sports in UHD in every room, download huge files in minutes, and connect tons of devices. The internet world is yours.

There's not much that can slow your connection down. With speeds like this, several people can stream at the same time. You also have the bandwidth for intense online gaming, if that's your thing.

Not too slow and not too fast—that's how you roll. Most online activities work great for you, but things might slow down if too many people start streaming in 4K or downloading large files.

Your connection qualifies (or almost qualifies) as the FCC's definition of broadband: 25 Mbps. That's good! But if you need faster load times, there's plenty of room to upgrade.

Your connection is fast enough to get the job done—just as long as the job isn't too big. It works best if you stick to doing internet research, sending emails, and checking the news. Basic video streaming also works on one device.

What your internet connection does well with your current internet speed

What your internet connection could do better with more internet speed

Enter your zip to see internet speeds and providers available in your area.

Frontier offers a wide range of internet speeds from 6 Mbps all the way up to gigabit speeds of 1,000 Mbps.

Gigabit speeds provide a ridiculous amount of bandwidth to support pretty much anything you (or your whole family) can think to do on the internet. But they’re available only in limited areas that have access to Frontier’s fiber services.

Everywhere else has to settle for digital subscriber line (DSL) internet speeds, which top out at 115 Mbps for Frontier.

*Average of HighSpeedInternet.com speed test results for Frontier users in each city

Remember that these are average speeds and won’t necessarily reflect your experience with Frontier internet, even if you live in one of the cities listed. Your actual speeds will depend on your internet package.

Frontier has two types of internet: DSL and fiber. DSL internet usually taps out at 100 Mbps max, while fiber internet can reach ten times those speeds. With that in mind, it makes sense that Frontier’s fastest cities would have at least some fiber service, even if it’s not gigabit fiber internet.

Of course, cities with Frontier’s fastest download speeds are at an advantage because its gigabit service is just so much faster than the other available Frontier speeds. It’s twice as fast as the next fastest internet plan.

Switching things up? Check out all the internet options in your area. 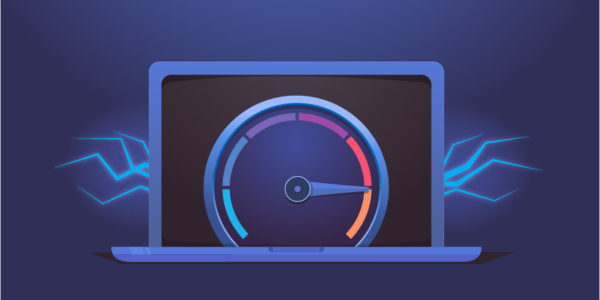 The Consumer’s Guide to Internet Speed

Take our beginner-friendly crash course on everything you need to know about internet speed.

Read more about The Consumer’s Guide to Internet Speed 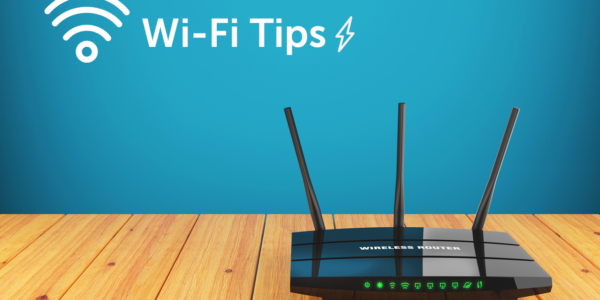 Not getting enough out of your home internet? Try these tricks before you upgrade.

So, which Frontier internet speed package should you choose? Every household has different bandwidth needs, depending on how many people are using the internet and what you do online. We’ve outlined what speeds you need for common internet activities in the chart below.

We can give you a personalized internet speed recommendation to keep your gaming, browsing, and streaming running smoothly.

How Much Speed Do I Need?

About our Frontier internet speed test

To measure your download speed, the Frontier speed test sends a small dummy file to your computer and times how long it takes to download, converting that time into your speed.

The dummy file is completely harmless, but security software might flag it as an unrecognized file type. That messes with your results, so you’ll want to turn it off to get an accurate speed test. Just remember to turn it back on again when you’re done.

Our speed test also uses the dummy file to assess your upload speed by sending the file from your computer to the internet server and timing how long it takes to complete.

Similarly, the speed test measures latency by sending a piece of information (called a ping) from your network to the internet server and back and timing how long it takes round trip.

Upload speed, download speed, and latency are all important for an uninterrupted browsing sesh, but when you sign up for an internet plan, you usually choose one based on the download speed. That’s because people download a lot more information from the internet than they send to the internet. Streaming Big Little Lies, downloading a video game file, and scrolling through your Facebook feed all primarily use download speed.

If your upload speed is a lot slower than your download speed, don’t panic. Most internet plans give you much less upload bandwidth. It’s usually about 10% of the plan’s download bandwidth. For example, a 100 Mbps plan might have up to 10 Mbps for upload speed, or a 25 Mbps plan might give you 3 Mbps for uploading. Frontier doesn’t specify for its DSL plans, but unless you’re doing a lot of uploading (like constantly posting to your vlog on YouTube), you don’t need much upload bandwidth anyway.

If it’s not enough, fiber internet plans (including FiberOptic plans) often give you the same amount of bandwidth for uploading and downloading, which makes them great for heavy uploaders.

Latency (sometimes called ping or ping rate) is a little different. Firstly, it isn’t necessarily tied to the internet package you choose. Secondly, unlike with speed, low latency is actually better than high latency.

Basically, latency is the time it takes for your click to travel to the server and for the effects of that click to show on your computer. If you’ve ever experienced lag while playing an online game, you’re familiar with the effects of high latency. Two main culprits behind latency are network congestion and distance from a network hub.

Is fiber better than DSL?

In short, yes, fiber is better than DSL. Fiber internet is faster, more reliable, and has lower latency than DSL. Fiber is also a newer type of internet that uses light signals to carry information at superfast speeds.

DSL, on the other hand, struggles with reliable performance when you’re too far away from a central hub. But because the tech is a little older, it’s had more time to gain ground—literally. It’s much more widely available than fiber internet, especially in rural areas. Slower DSL internet packages are also frequently more budget friendly than superfast fiber plans. Still, if you have the option between both, you probably want fiber.

What’s the difference between Frontier, Vantage, and Frontier FiberOptic?

FiberOptic is all fiber internet. Frontier high-speed internet (packages named stuff like “Frontier Internet” or “Frontier Premium Internet”) is DSL. And Vantage has a little bit of both.

You probably won’t have multiple Frontier network options at your home, but if you do, the Vantage and FiberOptic networks offer pretty much identical plans. But Vantage DSL is cheaper than Frontier DSL.

Where can I get Frontier internet?