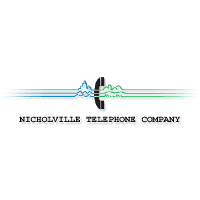 What is the best internet provider in Canton?

Surrounded by wildlife reserves and other stunning examples of natural beauty, the New York town of Canton is an ideal place to get away from the crowds of the city and settle down with your family. One benefit of living in Canton is the variety of Internet service providers that have expanded to include this town in their coverage areas.

One of the most well known ISPs in Canton is Spectrum. As one of the largest cable companies in the United States, Spectrum boasts high download speeds and a service area that reaches far beyond the city limits of Canton to reach other New York communities.

Fiber is growing in popularity in this area, thanks to its high download speeds and reliability. The primary fiber optic option in Canton is Nicholville Telephone Company, which supplies the area with extremely fast download speeds and widespread service.

You could also get the service you need with national satellite provider Viasat.

Nicholville Telephone Company offers internet at speeds up to 100 Mbps

Verizon offers internet at speeds up to 7 Mbps