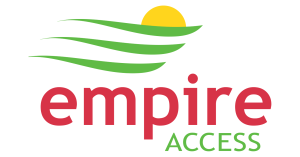 What is the best internet provider in Endwell?

Near the southern border of New York, near the city of Binghamton, you'll find the New York city of Endwell. Endwell is a fairly small community with low crime rates, peace and quiet, and a strong school system. Whatever you're looking for in your Internet service plan, the provider listings on this page can help you explore your options.

Some people begin their search for the ideal Internet service provider by comparing cable plans in Endwell. One of the most prominent cable providers in the Endwell area is Spectrum. Since Spectrum is one of the most widely known Internet service providers in the United States, it should come as no surprise that it offers high download speeds throughout Endwell. In fact, Spectrum currently boasts some of the highest download speeds in the Endwell region. The company's network stretches far beyond the city limits to include other New York communities.

You might also be interested in satellite service options in this region. Viasat is one of the area's primary satellite companies, offering a handful of download speeds and plans at several different price points.