The Best Unlocked Hotspots of 2022

Use any cellular carrier with one of these unlocked mobile hotspots.

Data effective 6/6/2022. Offers and availability may vary by location and are subject to change.

Our pick: Which unlocked hotspot is best?

We love NETGEAR’s Nighthawk M1 4G LTE Mobile Router. Although it costs more than many hotspots, its reliability and speed make it well worth the price. The Nighthawk M1 uses Wi-Fi 5, which helps maintain respectable speeds even when you connect up to 20 devices. The M1 also has a bunch of extra features to boost signal strength, improve speeds, and even charge your phone.

Unlocked hotspots are awesome, but many of the best hotspot devices are tied to specific cellular carriers. Take a look at our guide to the best mobile hotspots for details on pricing, data, and more.

Jump to: Best overall | What to look for | Our verdict

*Price at time of writing

What should you look for in an unlocked hotspot?

Every hotspot needs a data plan to go with it—take a look at the best hotspot data plans to see how many gigabytes you can get for your dollar.

The Nighthawk M1 is one of the most powerful hotspots you can get. It lets you connect to a ton of Wi-Fi devices, and it comes with an Ethernet port to give your laptop a direct internet connection. The Nighthawk lets you connect to 2.4GHz and 5GHz Wi-Fi bands simultaneously, giving you more options and flexibility if multiple users are using the single hotspot. It also has a USB-C port so you can charge your phone.

This device is primarily designed to work over AT&T and T-Mobile data plans. NETGEAR doesn’t explicitly say it can’t work with other cellular carriers, but it’s probably safe to stick with a data plan from one of them. (T-Mobile has the best mobile hotspot plans anyway, so it’s not a bad pairing.)

The GlocalMe G4 Pro is big and clunky, but it’s the most user-friendly hotspot you can find—it almost works like a phone, thanks to its huge touchscreen and onboard Google Maps app. The hotspot doesn’t require a SIM card, which saves you some time and effort. To get data, just pay for one of GlocalMe’s data plans, which provide service across the United States and in over 100 countries worldwide.

GlocalMe’s data plans are expensive, and like a lot of budget hotspots, its somewhat outdated Wi-Fi 4 tech means you get slower speeds overall. Also, we’re honestly not sure how well your connection would be overseas: in our experience, you get much more reliable speeds when you stick to your phone’s hotspot with an international SIM card. Still, this hotspot comes at a good price and makes for easy hotspotting wherever you go.

Take a speed test to see if your hotspot is getting enough bandwidth to support all of its users. Speeds may fluctuate throughout the day depending on available cell service and network congestion.

The Nighthawk M5 seems to be the only mobile hotspot on the market with C-band 5G capability—that by default makes it the most versatile 5G hotspot around. C-band is a relatively new 5G frequency spectrum that sends wireless speeds far past 4G levels on a much wider scale than was previously possible with 5G networks, making superfast speeds reliable and easily accessible. (Just make sure you’re on Verizon or AT&T’s 5G networks, which have wide C-band coverage.)

This Nighthawk M5 is formidable in other ways too—it sports an Ethernet port for wired connections, as well as security features like VPN pass-through support and password protection. But it’s incredibly expensive, so we recommend getting the M5 only if you plan to use it with big groups, like for travel assignments for work or with classmates. Also, although it’s technically unlocked, NETGEAR’s website makes clear that the M5 works best over AT&T and T-Mobile networks.

Take a look at our guide to C-band 5G for more details on how 5G works and what speeds you can get on different frequency bands.

The elaborately named E5577Cs-321 is a standard unlocked hotspot. Its big selling point is that it works over 4G LTE cellular networks across Europe, Southeast and Southern Asia, the Middle East, and Africa. (It gets 3G network access in other parts of the globe.) All you need is a SIM card with a data plan from a local cell carrier wherever you’re traveling, and you’re good to go.

Sure, the branding isn’t the coolest, and it’s slightly inconvenient to go out and buy a SIM card, but it gets the job done. Some users online have commented on the Huawei device’s short battery life (four to five hours of heavy use) and subpar Wi-Fi speeds. But we recommend this hotspot over others that don’t require a SIM card because it makes your internet connection more reliable.

The Alcatel LINKZONE is way cheaper than any other standard hotspot you can find. It doesn’t have a touchscreen; its microchip components aren’t the best; and it uses an older Wi-Fi standard—so it’s not likely to hit the same speeds as higher-end mobile hotspots outfitted with Wi-Fi 5 and Wi-Fi 6 standards. But it has a killer battery life—up to 16 hours—and it gets the job done. No fuss, no muss.

How do I unlock my mobile hotspot?

You can unlock your mobile hotspot by going to the device unlock page on your cell carrier’s website or by contacting customer service. You might also have the option to unlock your device through the networking section in your settings menu.

In most cases, your device has to meet certain eligibility requirements to be unlocked. For example, the device might have to be fully paid off and not reported lost or stolen.

If these efforts don’t work, you can unlock your mobile hotspot using software from a service like DC-unlocker. You have to pay a small fee, but DC-unlocker works with a wide range of devices, including hotspots.

Most hotspots are straightforward and offer the same things—but the technical specifications are important, as they determine the number of devices you can connect and the device’s battery life.

Compatibility with your data plan

Hotspots tend to be locked to certain cellular providers, and even ones advertised as unlocked might not be compatible with every cellular company. So the very first thing you should do is double-check your hotspot works with your preferred data plan.

Check with your cellular company to make sure the device works with any plan you sign up for. Once you have the device, give the hotspot a test run with your SIM card. If you have any connectivity issues, make sure to contact your cell carrier—and if that doesn’t work, you may need to return the device.

If you’re traveling internationally, make sure your hotspot works with cell carriers in the region you’re visiting. Some hotspots are certified to work with a wide number of global cell companies, but there may be restrictions depending on the region.

Aim to get a hotspot that adheres to recent Wi-Fi standards, which ensure it provides the best possible internet speeds and manages bandwidth over multiple devices.

All 5G hotspots adhere to 802.11ax, commonly known as Wi-Fi 6, which means you get really fast speeds over a reliable connection even when you’re using a lot of devices at once. More upper-tier hotspots still use 4G LTE with 802.11ac (Wi-Fi 5), which isn’t as cutting edge as Wi-Fi 6 but still delivers respectable speeds of 30 Mbps and faster over 4G LTE networks.

Cheaper hotspots use 802.11n, an outmoded wireless standard with much slower speeds that often max out at under 25 Mbps. Having this Wi-Fi standard also means you can experience more slowdowns and buffering when you connect multiple devices to your hotspot’s Wi-Fi.

One big advantage of using a mobile hotspot instead of a phone’s hotspot is connectivity. Some 5G hotspots can connect as many as 32 devices, while 4G LTE hotspots typically connect up to 20 at a time. Granted, you can expect slower speeds and more buffering if you actually connect that many devices at once. But a hotspot that connects a larger number of devices means it’s that much more useful for group settings like work conferences, class projects, or setting up Wi-Fi to use with friends in a vacation home or hotel.

Some hotspots are better than others when it comes to battery power—while the Alcatel LINKZONE is a lower-tier device, it’s well known for having robust battery life. A long-lasting battery comes in handy when you’re traveling or moving around a lot, since it can be frustrating to have to stop and repeatedly charge your hotspot just to get Wi-Fi.

NETGEAR’s Nighthawk M1 4G LTE Mobile Router is by far the best unlocked hotspot you can get. It’s fast, uses recent wireless standards, and connects up to 20 devices, making it the go-to device for vacation stays, work trips, and more.

But there are a bunch of hotspot options out there, and depending on your needs, you may want to consider a different choice.

Alcatel’s LINKZONE gets the job done when you’re on a budget and plan to connect only one or two devices at a time.

Amazon.com Prices as of 6/8/2022 17:35 MST. Product prices and availability are accurate as of the date/time indicated and are subject to change. Any price and availability information displayed on Amazon.com at the time of purchase will apply to the purchase of this product. HighSpeedInternet.com utilizes paid Amazon links. 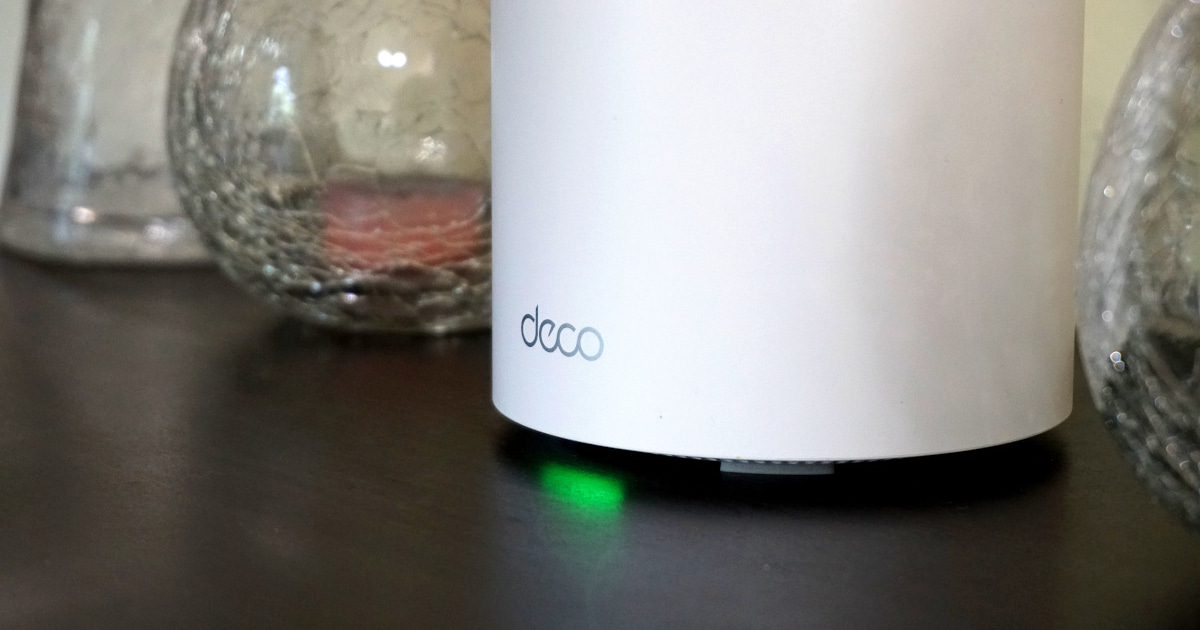