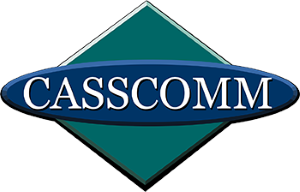 What is the best internet provider in Athens?

Located just north of the state capital of Springfield, the suburb of Athens has nearly 2,000 residents. Their population includes families, those who commute to Springfield for work, and students. No matter which group you fall in, high speed Internet is a high priority.

One of the rapidly expanding options in Athens is Frontier FiOS. With their expansive DSL network, Frontier FiOS offers consumers a wide range of plan options and prices. They also have an established fiber optic network that reaches parts of Athens and much of Springfield.

Are you looking for service from a local provider? Consider CASSCOMM, a cable company with speeds as high as 10 Mbps. The CASSCOMM network reaches nearly all of Athens, although service stops short of the southcentral part of the city.

Through AT&T, almost everyone in Athens can choose affordable DSL service. The network runs to the northern, southern, and western city limits and stops just short of the eastern border.

CASSCOMM offers internet at speeds up to 1000 Mbps

Frontier offers internet at speeds up to 100 Mbps