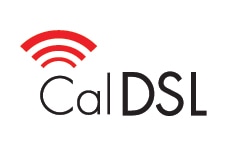 What is the best internet provider in Crows Landing?

Found in the central part of California, Crows Landing is a community of about 350 people. This remote community sits southeast of Patterson, so residents have access to suburban amenities and attractions. Whatever you're looking for in an ISP, there are options in Crows Landing that have what you need.

You might want to start by checking out the multiple DSL providers that serve the Crows Landing region. AT&T is a widely known option, since its network covers all of Crows Landing and reaches many neighboring communities. Download speeds vary, since AT&T offers both DSL and fiber optic coverage to the people of Crows Landing. You could also look into DSL plans through Frontier FiOS, a national company with a major presence in this part of California.

Cable is another option to explore. Through Xfinity, people in every part of Crows Landing can benefit from reliable high speed cable service.

Frontier offers internet at speeds up to 500 Mbps

Etheric Networks offers internet at speeds up to 100 Mbps