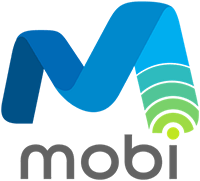 What is the best internet provider in Honolulu?

Honolulu is both the capital of Hawaii and the state_s largest island, making it one of the main tourist destinations and residential areas in Hawaii. With multiple national internet service providers represented in this city, visitors and residents enjoy consistent access.

All of Honolulu falls within the coverage area of Time Warner Cable. Those who get cable through TW Telecom enjoy coverage throughout most of the central part of Honolulu. Coverage stops short of Waianae and North Shore in the east, Koolauloa in the north, and Waimanalo in the southeast.

Local provider Hawaiian Telcom has an established network that covers the entirety of Honolulu. Through Sandwich Isles, those who live in Waianae in the west have access to high-speed internet. Covered southeast neighborhoods include Hawaii Kai, Waimanalo, and Kuliouou.

The coverage map of Level 3 Communications runs from the northwest part of Honolulu through the center of the island to the southeast corner, reaching Waianae, Makakilo, Ewa, Waipahu, Pearl City, Kahaluu, Kaneohe, Kailua, and Kalani Iki along the way.

Hawaiian Telcom offers internet at speeds up to 1000 Mbps

Ultra Home Internet offers internet at speeds up to 182 Mbps