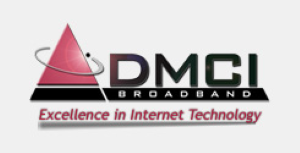 With over 8,000 residents, Albion is a well-established town in Michigan. It sprawls across Interstate 94, so it's widely visited by those traveling through the state. By comparing the wide range of high speed Internet plans in this area, you can find a provider that fits your needs at a price you can afford.

Those looking for DSL can check out plans available through Frontier. Frontier provides reliable DSL service at a range of price points.

Another DSL option in Albion is AT&T. AT&T is one of the biggest Internet service providers in the United States, so it's no surprise that its network reaches almost all of Albion. The network reaches neighborhoods like Condit, Babcock, Division, and downtown.

Although WOW! has a slightly smaller network than AT&T, it is still a convenient option for many of Albion's residents. Service reaches most of the main neighborhoods in this city.

Local Internet service provider Eaglenet is well-known in Albion. Although service doesn't quite reach the southwestern corner of the city, it does spread to most of the other neighborhoods of Albion.

WOW! offers internet at speeds up to 1000 Mbps