Internet providers in Redmond, OR 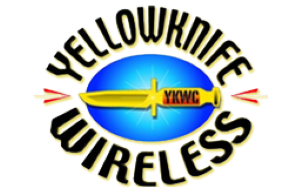 Redmond has lots of exciting amenities for those who live or work in this area. One of the main benefits of living in this region is the huge variety of high speed internet options. With a mix of local and national providers, everyone can find the plan that matches their budget and usage habits. Across the board, 100% of Redmond homes have at least one internet connection option. Most areas have multiple choices.

If you're looking for DSL, you have a few options to explore. CenturyLink boasts a massive DSL network that covers 99% of Redmond. Integra Telecom takes it one step further and offers DSL to 100% of Redmond homes. Through Quantum Communications, DSL is available in 68% of Redmond.

The only cable provider in Redmond is BendBroadband. Luckily, this provider has a large network that reaches the entire city.

Fiber optic internet has gained popularity over the years in this region. CenturyLink has a growing fiber optic network. BendBroadband offers fiber optic service to the entire city of Redmond.

BendBroadband offers internet at speeds up to 1000 Mbps

SimpliUnlimited offers internet at speeds up to 300 Mbps

My internet will often drop out several times an hour. It took them over a month to come out in the first place to install it. It takes several weeks for them to come out to fix this junk. I’ve been putting up with this for to long. Don’t waste your time with this company. Total trash