Race along at speeds up to 1 gigabit

User Rating (629)
View Plans for CenturyLink
Data as of 10/21/19. Offers and availability may vary by location and are subject to change.

CenturyLink is known for offering a good value on reliable internet service. Plus, unlike most other internet providers, CenturyLink has no contracts and no rate hikes after the first year, which makes CenturyLink popular with many customers.

If you’re looking for CenturyLink internet deals, you’ll need to check the speeds available in your area. The 1 gigabit plan is a great deal at $85 per month, but it’s only available in roughly two dozen major metro areas.

Check out our top picks.

Rate requires paperless billing and excludes taxes. Additional fees apply. Speeds may not be available in your area. Maximum download/upload speed of up to 940 Mbps via a wired connection.

CenturyLink Price for Life up to 100 Mbps

Rate requires paperless billing and excludes taxes. Additional fees apply. Speeds may not be available in your area.

How good is CenturyLink internet service?

CenturyLink delivers good service and consistent speeds, with minimal slowing during peak hours. In our 2020 customer satisfaction ratings, CenturyLink got 3.79 out of 5 stars, which is in the middling range for Internet Service Providers.

We like the straightforward pricing model (with no contracts and no price hikes), but we aren’t that impressed with CenturyLink’s price on lower-speed plans.

As far as data caps go, CenturyLink technically has a data cap of 1 TB on most of their plans. But, unlike other providers, they won’t throttle your service if you reach the limit. All they’ll do is send out a courteous letter letting you know your data was high the previous month. That’s it. No penalties. So, it’s basically the same as not having a data cap.

Get the right internet plan for you.

*Data current as of 10/21/19. Offers and availability may vary by location and are subject to change. 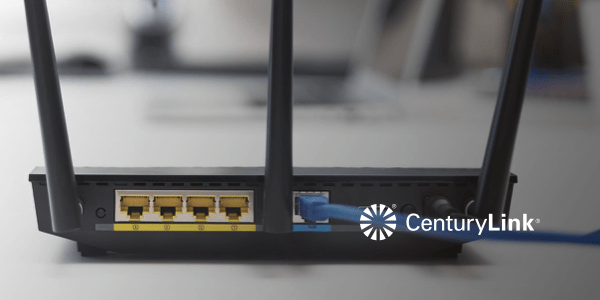 Your Guide to CenturyLink Installation

Most CenturyLink internet plans can be self-installed, which will save you money. We’ll give you all the details on what to expect.

Read more about Your Guide to CenturyLink Installation 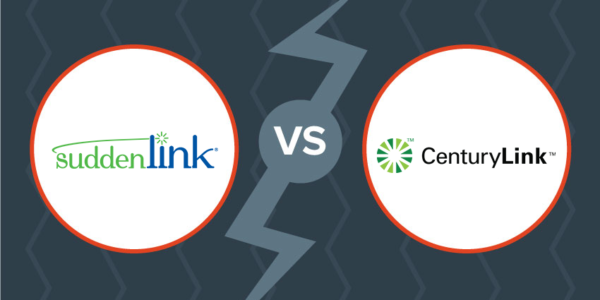 CenturyLink offers DSL and fiber internet. Suddenlink offers cable internet, which can provide a more steady connection. Find out which one works best for you.

Read more about Suddenlink vs. CenturyLink 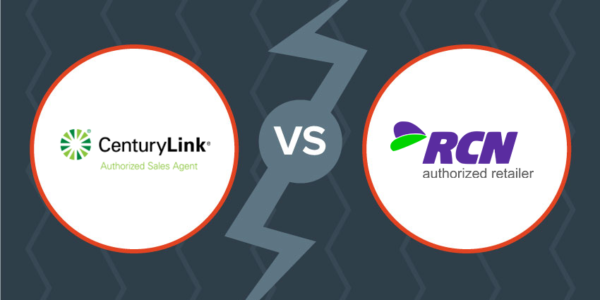 RCN offers lower prices than CenturyLink for similar or even faster speeds, so it’s worth checking out RCN if you’ve got it in your city.

Read more about CenturyLink vs. RCN

Get internet and start streaming.

Where can you get CenturyLink internet?

The speed you want might not be available in your area. Find out which speeds are offered in your location with a ZIP check before you start researching plans. You don’t want to underestimate what’s possible for your internet connection.

How much is CenturyLink internet?

What kind of internet is CenturyLink?

If you’re wondering what kind of internet CenturyLink is, it’s either fiber or DSL. The final answer depends on your package speed. CenturyLink delivers its fastest speeds through fiber.

What modem does CenturyLink use?

The modem that CenturyLink uses to set up your service varies based on your location, the speed of your plan, and if you choose to buy or lease your modem. CenturyLink modems include select models made by the brands Actiontec, ADTRAN, Calix, Technicolor, and ZyXEL.

Why is my CenturyLink internet blinking red?

If your CenturyLink internet is blinking red, there are two possible explanations.

If it alternates between red and green, your modem is auto detecting an internet configuration. Wait, and this should resolve itself.

If the WPS button is blinking red, the modem is telling you that a connection error has happened or that it has detected a session overlap. If it continues blinking for more than 30 seconds, you can troubleshoot this by power cycling your modem. To power cycle your modem, unplug the power cord and leave it unplugged for 1 minute, and then plug it back in. Watch CenturyLink’s modem troubleshooting video for more tips about how to tackle issues.

Does gigabit internet make a difference?

Depending on what your connection speed is now, gigabit internet will make a big difference. The difference between 1 gigabit internet and 100 Mbps is 900 Mbps, which is a lot of speed. With either speed, you can stream HD video smoothly on multiple devices. You can also click around the internet with ease.

Where you’ll start to see a difference is in things like upload speeds and lag time if you’re playing multiplayer games online. Gigabit internet also won’t flinch under the weight of multiple users. Of course, that speed comes at a price and most people can get by without it. You’ll have to decide if the difference is worth it for you.

CenturyLink DSL is a type of internet used to deliver a variety of speeds. The fastest CenturyLink speeds are delivered via a fiber connection, while average speeds are DSL connections.

Can I get CenturyLink internet and TV together?

Yes, you can get CenturyLink internet and TV in a bundle package. CenturyLink Prism TV is no longer available.

Can I self-install CenturyLink internet?

Yes, you can self-install CenturyLink internet speeds up to 80 Mbps, but you will need to have a professional installation on plans that are 100 Mbps and above. For details on how to install it yourself, see our guide to CenturyLink installation.

How fast is CenturyLink internet?

CenturyLink internet offers speeds as fast as 1 gigabit on its fiber network and at $65 a month, it’s one of the most affordable 1 gigabit services we’ve seen.

In the 2018 FCC Fixed Broadband report, CenturyLink delivered an average of 94% of advertised speeds. It’s worth noting that CenturyLink’s faster-speed plans (40 Mbps and above) weren’t included, so it’s hard to gauge how these plans perform. These results contrasted sharply to providers like Verizon that consistently delivered speeds faster than advertised.

CenturyLink doesn’t offer the fastest internet speeds in the US, but that doesn’t mean they’re slow. Several providers offer 2 gigabit speeds, which take the cake on speed but aren’t necessary practical for most folks. Speeds that fast are costly and primarily useful for small businesses. CenturyLink’s 1 gigabit plan and even 80 Mbps plan provide plenty of speed for the average household streaming on three to four devices at the same time.

How much speed do I need?

Our advice is to avoid the hype and just pay for the speed you need. Sure, some plans are fast enough for 10 devices to stream HD video at the same time. But how many screens will you and your partner really use simultaneously? Even if you watch a few screens at a time, you still won’t watch on 10 devices at once.

You’ll spend less time waiting with fast internet, which we all like. But that doesn’t mean the fastest internet speeds are best for everyone. Most households won’t notice a difference between 1 gigabit and 2 gigabit speeds. They’re so fast that they’ll both deliver content in less than a second. So why pay an extra $100 per month for that second gigabit?

Use this chart to see how much speed you really need in your house. Bear in mind that CenturyLink allows you to upgrade to a faster package anytime, although this could affect your Price for Life guarantee.

CenturyLink offers a wide range of internet speeds that are delivered through DSL and fiber technology. Speed availability varies by location, as fiber networks have not been built out yet in all parts of the US.

When you sign up for CenturyLink, you can rent a modem/router, buy one from the company, or bring your own compatible modem/router.

CenturyLink does not offer free nationwide hotspots to customers.

Professional CenturyLink installation costs up to $125, depending on your location. Ask your sales agent during the ordering process for any deals. If you want to buy your modem instead of lease it, you will have up to $150 added to your initial bill for the modem purchase. Modem rental costs up to $15 per month.

Heads up: CenturyLink’s two fastest speeds (100 Mbps and 1 gigabit) can’t be self-installed. You’ll need a technician if you choose one of these speeds.

If you have one of the faster CenturyLink plans available in your area, CenturyLink is an awesome choice. But the lower-speed plans (15 Mbps–40 Mbps) are just not cost-effective—you could get the same speeds with other providers for less. So if you need a budget broadband internet speed, opt for another provider if you can, because you can probably find a better deal.

CenturyLink’s 80 Mbps and above plans are a good value for the speed, and they get our stamp of approval. In addition, CenturyLink gets our vote as one of the most transparent internet providers in terms of pricing. A lot of people appreciate the fact that CenturyLink has no contracts, no cancellation fees, and no introductory prices that double in the second year.