We recommend CenturyLink Fiber if you’re looking for the fastest speeds, and Xfinity Performance Starter if you want a good budget option.

If you need something in the middle, the best internet service depends on whether you want to prioritize internet speeds or no-contract plans. CenturyLink has generally lower speeds, but all its non-fiber plans don’t require contracts, have no data caps, and cost just $50 per month. Xfinity plans give you faster speeds and better reliability. And while they start cheaper than CenturyLink’s DSL internet, you have to watch out for price hikes and contracts.

If you don’t live in an area with CenturyLink Fiber but still need a fast and reliable connection, go with Xfinity. But if you want the freedom of no-contract plans, CenturyLink is the better choice.

Data as of 06/15/21. Offers and availability may vary by location and are subject to change.

*For the first 12 months with a 1-year agreement.

†Rate requires paperless billing. Additional taxes, fees, and surcharges apply. Speeds may not be available in your area.

Xfinity vs. CenturyLink packages and pricing

CenturyLink and Xfinity have very dissimilar packages and pricing. CenturyLink has DSL plans up to 100 Mbps and a fiber plan at 940 Mbps with nothing in between. On the other hand, most of Xfinity’s packages live in the 100–2,000 Mbps range.

Data as of 08/20/20. Offers and availability may vary by location and are subject to change.

*For the first 12 months with 1-year contract.

Xfinity has internet speed plans to handle nearly every level of use, from conservative speeds for basic internet use to ridiculously fast multigigabit speeds for, well, whatever you want.

Though many of Xfinity’s plans cost more than CenturyLink’s plans—especially at the higher end—Xfinity offers a better range of faster speeds and better prices for internet plans with speeds up to 100 Mbps (at least for the first year). The Performance Starter plan is a particularly nice budget option that gives you enough speed for most internet activities.

But keep in mind that these prices reflect a few discounts—you have to sign a contract and enroll in autopay and paperless billing to get the advertised prices. If you don’t plan on doing either one of those, expect to pay more.

Data as of 6/15/21. Offers and availability may vary by location and are subject to change.

*Rate requires paperless billing. Additional taxes, fees, and surcharges apply. Speeds may not be available in your area.

†Maximum download/upload speed of up to 940 Mbps via a wired connection.

The provider’s DSL offering—dubbed Simply Unlimited Internet—costs $50 per month, regardless of the top speeds you have access to. So customers who have speeds up to 15 Mbps pay the same amount as customers who can get speeds up to 100 Mbps. That’s great if your area has access to the faster speeds, but it’s a bit of a bummer when your home can get only 15 Mbps.

If CenturyLink’s fiber internet is available where you live, it is the best choice for speed because you get gigabit download speeds with upload speeds to match. Xfinity has plenty of plan options for whatever speed you may need, although the higher speed plans tend to be pricey, and upload speeds are not symmetrical on cable internet as they are on fiber internet. CenturyLink’s DSL service may be adequate if you don’t need much speed in your household, but at lower speeds you are better off going with Xfinity.

The first step in picking a new internet plan is knowing what speed you need. Get a personalized speed recommendation and see the Xfinity and CenturyLink plans that fit your speed needs with our How Much Speed Do You Need? Tool.

CenturyLink uses DSL and fiber, while Xfinity primarily uses cable internet (the Gigabit Pro plan uses fiber). Though all these types are capable of carrying high-speed internet, some are better at it than others.

Fiber internet is currently the most reliable and fastest type of internet, but it isn’t available in a lot of the US. Fiber internet can reach multigigabit speeds, and fiber internet plans often have faster upload speeds than other internet types.

Cable is the next best for both speed and reliability. It can reach max speeds around 1,000 Mbps, but cable networks can slow down when there’s a lot of data traffic due to network congestion.

DSL uses telephone infrastructure to deliver internet data, and its speeds max out around 100 Mbps. Because the older infrastructure is less effective over longer distances, DSL is generally less reliable than both cable and fiber internet.

Xfinity vs. CenturyLink fees and contracts

Fine print and surprise charges on your bill aren’t anyone’s favorite things. So let’s tackle the details so you know what’s coming.

There’s nothing particularly surprising about Xfinity or CenturyLink’s fees. Both have the usual late fees, equipment fees, and installation fees you’d expect from any ISP. Any of these fees can vary depending on where you live, so double-check when you sign up to avoid any surprises.

CenturyLink does not make you sign a contract to get internet service, so you’re free to switch providers or cancel your service at any time without getting penalized with an early termination fee.

Xfinity offers internet plans with or without contracts, but each option has some pros and cons. The provider’s plans with contracts offer lower introductory rates, but they keep you locked into service for a year or more.

Without a contract with Xfinity, you don’t get the benefits of the lower-cost services, but you can leave at any time without an early termination fee.

CenturyLink has no data caps on any of its plans. The fiber plan gives you unlimited data, as does the Simply Unlimited Internet plan, which works over DSL.

Xfinity raised their data caps to 1.2 TB recently. That applies to all Xfinity plans except Gigabit Pro. If you go over your data allowance in a month, you can be charged $10 for an additional 50 GB of data up to 10 times, so keep an eye on how much you’re using in your Xfinity account or on the app (most households shouldn’t have a problem staying under). Though if you do, you can also opt to pay the $30 per month upgrade to unlimited data.

Between the two providers, CenturyLink’s data policy is obviously better because, well, you can use all the data you like. Xfinity’s unlimited data option is good for those aforementioned bandwidth hogs who don’t want to get kicked off a network for excessive use.

You can rent a gateway from both CenturyLink and Xfinity. Between the two companies, Xfinity has nicer rental modems and router options, particularly the xFi gateway. But renting from either ISP will get the job done.

The nice thing about renting your home networking equipment from your provider is that you know it works with your service. Plus, your provider’s tech support will likely have an easier time helping you address any equipment issues, should they arise.

The not-so-nice thing about renting is the cost. Modem rental fees for Xfinity and CenturyLink cost $14 and up to $15 respectively, which is $168 to $180 per year.

Buying a modem and router

If you already have a modem and router that works with Xfinity or CenturyLink, you can save money on rental fees by using it instead of the provider’s equipment. If you’re not sure if your equipment works with either, check out CenturyLink’s list of approved modems or go to My Device Info in your Xfinity account to see which modems are approved for your specific plan.

You can also skip the research and buy a gateway directly from CenturyLink for up to $200. And while that’s not the cheapest way to go about things, it’s a good compromise because you get the equipment know-how from CenturyLink techs, and you can save hundreds of dollars over your gateway’s lifetime.

Get your own modem and router. It saves you money in the long run, and it gives you better control over Wi-Fi range, speed, and security. Check out our favorite devices for Xfinity and own your home network.

ISPs generally are not known for their great customer service, and hopefully you won’t need to interact with support reps much. But when something goes wrong or you need to set up service, you want to know your provider will take care of business.

That’s why every year we gather data from internet users across the US to rate and rank the best internet providers in customer satisfaction. This year, CenturyLink and Xfinity both finished at the bottom of our rankings for customer service.

Both CenturyLink and Xfinity offer professional and self-installation. Xfinity’s DIY option can sometimes cost up to $15 for shipping and handling of the install kit, but you can skirt this by picking one up from a storefront instead.

CenturyLink doesn’t charge for a self-install kit, but it does have potentially higher professional installation costs. Now keep in mind that these are the standard installation charges, and your install bill can be higher for either provider if you end up needing cables buried or if your house doesn’t already have the correct wiring.

Both CenturyLink and Xfinity finished at the bottom of our rankings in our annual customer satisfaction survey, but there are a couple trends to consider. CenturyLink got much higher ratings from its fiber customers, so while you probably don’t want to choose CenturyLink DSL service if there are better options where you live, we would recommend CenturyLink’s fiber service without reservations.

Xfinity has traditionally done well in our customer satisfaction surveys, but many cable providers saw their rating slip in 2021 as the COVID-19 pandemic put a strain on internet connections. While it seems many Xfinity customers have some frustrations, 87% still say that their Xfinity internet meets the needs of their household.

Both Xfinity and CenturyLink have wide availability across the country. CenturyLink is available in parts of 36 states, and Xfinity has a presence in 40.

Xfinity’s fast speeds are still more widely available than CenturyLink’s fiber infrastructure, but CenturyLink is planning on expanding its fiber network to an estimated 400,000 new households in the near future.

See how Xfinity and CenturyLink plans compare in your area.

CenturyLink Fiber Internet offers fast upload and download speeds for a reasonable price, and it’s the best option if you need high-performing internet. However, CenturyLink’s Fiber Internet doesn’t have wide availability yet. Xfinity provides reliable cable internet and a great range of plans, with speeds to match whatever your household’s needs are. So it’s a great choice if you can’t get CenturyLink Fiber.

If you don’t need a ton of speed and want to keep your costs down, Xfinity is your best bet. Choose the lower speed Xfinity plans over CenturyLink’s Simply Unlimited DSL because you get better speed and reliability for your money. The only catch there is that CenturyLink doesn’t require a contract, which is nice if you want that flexibility. Otherwise, opt for Xfinity if you’re choosing between Xfinity cable or CenturyLink DSL.

Check out Xfinity, CenturyLink, and all other providers available near you. 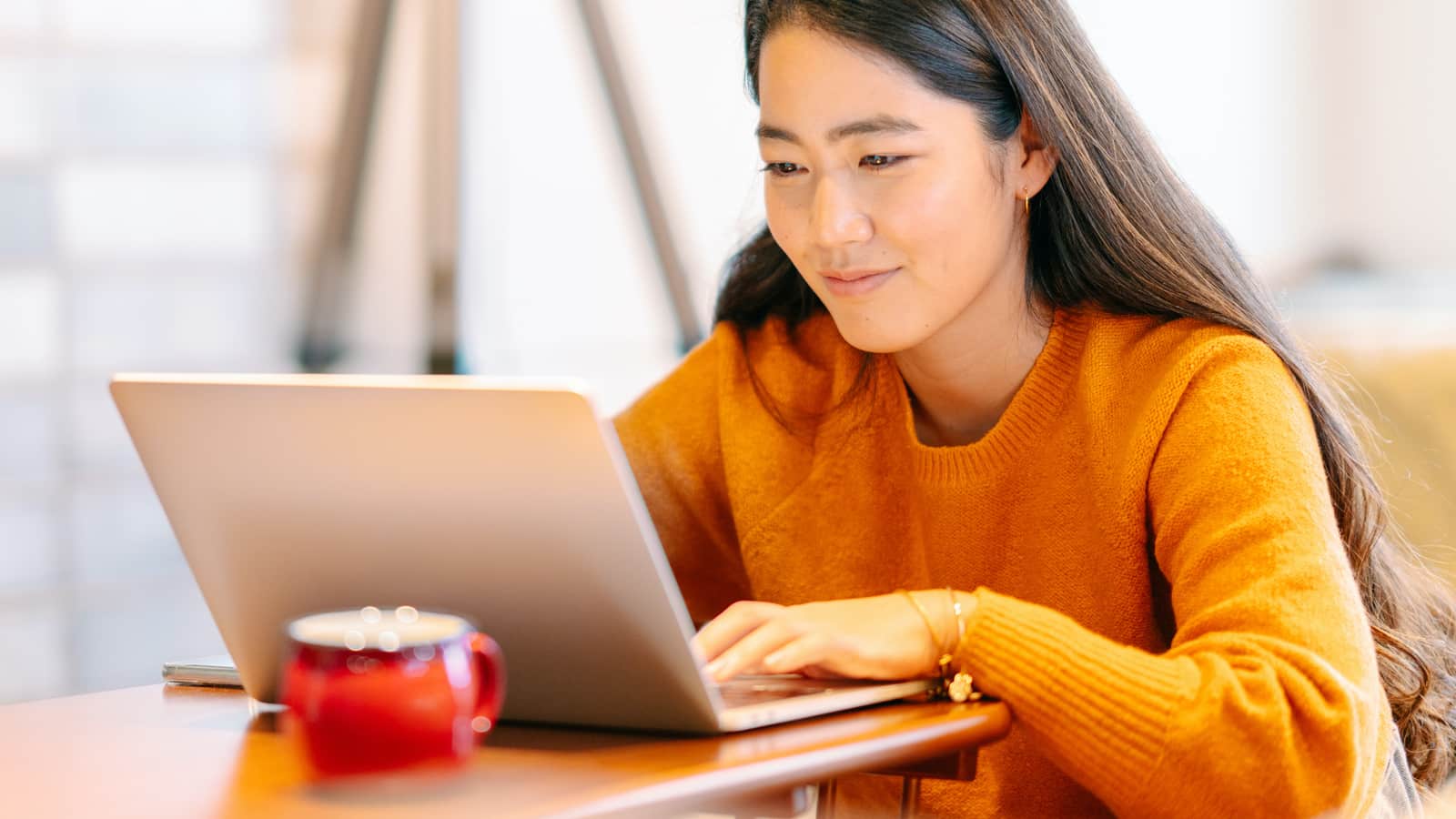