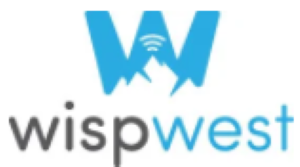 What is the best internet provider in Billings?

Billings is one of the largest and most populated cities in Montana, making it a commercial and residential hub in this part of the country. Some of the internet services available in this community include fiber, cable, and DSL.

Those who want to try fiber can select Centurylink Prism, which brings service to the northern side of Billings. Coverage is available north of South Frontage Road and west of North 27th Street. CenturyLink is well-established in this area, with high-speed internet available in all of Billings and stretching to other parts of Montana.

Cable customers in Billings have access to Charter anywhere in the city. Coverage runs from the western neighborhood of Baseline to the eastern community of Lockwood. Service is available as far north as Broadview and as far south as Soda Springs.

Triangle Communications has a fairly limited network in Billings, although service is more widely accessible west of the city and west of Wise Lane.

Another provider with a strong presence in Billings is Level 3 Communications, which provides service to the entirety of the city.

Finally, through the Northwest Communications Cooperative, customers north of South Frontage Road and west of 6th Street can access high-speed internet. The central part of the city is not covered.

Absolutely horrible customer service but the internet is pretty good. I called in to get set up and the guy who was helping me was so pushy with upsells when I repeatedly told him I wasn’t interested. Which is ok, just annoying but a part of the job. But then once I was actually set up he had set me up with the wrong email address, he mailed my equipment to a vacant house when I told him multiple times not to, and he failed to set me up with the EBB credit, which is why I had called in the first place. It took me multiple chats, visits to the local store, and hours on the phone to get things sorted out from that one stupid sales guy. And I’m still not sure if my EBB credit will work, they said it will take a few billing cycles to have it show up. So I’m hoping I don’t have to do this all again in 2 months if it wasn’t set up right

A young man named Devin at Spectrum came by to put in my internet and cable, and he was a perfect gentleman, polite and respectful! He even offered to help me move my furniture to get the television situated.

Has to be hands down the worst customer service I’ve ever witnessed. Called to get setup with internet and the local technician never showed up. Unbeknownced to me, they were billing me for the last 3 months for services I never received. I spent an hour shuffling through service callers to get to the bottom of the problem and ended up paying full price for the 3 months of “service”. I would pretty much call this highway robbery. Not one person was honest or helpful within this company. This company is a disgrace of a service provider.