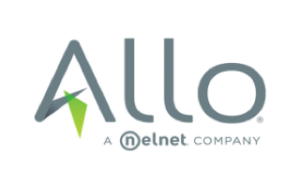 What is the best internet provider in Lincoln?

Lincoln is one of the metropolitan centers of Nebraska, making reliable internet access a high priority in this region.

One of the most established providers in Lincoln is Windstream. Windstream provides coverage to all of Lincoln, running to High Ridge in the west, Highlands in the north, Meadowlane in the east, and Yankee Ridge in the south.

Those who want high-speed cable internet can consider the Time Warner Cable plans. Time Warner Cable is fairly large, reaching some parts of the Highlands neighborhood and reaching Hitching Post Hills in the south. The network covers most of western Lincoln, with the exception of Pester Ridge in the southwest. Coverage stops short of Crown Pointe in the east.

Nebraska Technology and Telecommunications is widespread in Lincoln, reaching almost all of the city_s major neighborhoods.

Allo Communications offers internet at speeds up to 1000 Mbps

AT&T offers internet at speeds up to 25 Mbps

Service was awful. They came and hooked up internet & phone, forgot to hook up to pole outside. Tried for a month to get someone out to fix. No phone for a month. Still charged us. Price kept going up. Wifi was unreliable.

Service was awful. They came and hooked up internet & phone, forgot to hook up to pole outside. Tried for a month to get someone out to fix. No phone for a month. Still charged us. Price kept going up. Wifi was unreliable. VERY UNSATISFIED

Terrible service....small market and 5 days without phone or internet before a tech can get to my house.