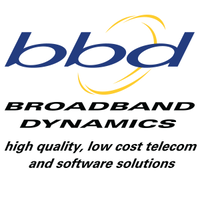 What is the best internet provider in Columbia?

Found on the major highway between Lancaster and York, Columbia is a fairly small Pennsylvania city with a tight-knit community. However, thanks to expansion by local and national Internet service providers, this city enjoys coverage through several companies.

DSL and fiber are two popular choices for Columbia residents. You could check out CenturyLink, a national ISP that brings fiber optic and DSL coverage to the entirety of Columbia. Not only does the entire city fit into the service area, the network runs east to reach other communities like Lancaster.

Multiple companies have cable coverage options in Columbia. You could look into Xfinity, a prominent national provider with a network that covers this entire region of Pennsylvania. On top of that, Xfinity has some of the fastest download speeds available in Pennsylvania. Atlantic Broadband also supplies cable service to Columbia residents. There are several download speed options and plans for homes and businesses through Atlantic Broadband.

CenturyLink offers internet at speeds up to 100 Mbps

EarthLink offers internet at speeds up to 80 Mbps