We compiled data from more than 3 million speed test results to find the fastest internet providers in the US and in your area.

Fastest internet providers in the US

Data effective 7/13/2021. Data taken from internet user results conducted on HighSpeedInternet.com’s speed test between July 1, 2020, to July 1, 2021. Not all speeds and packages available in all areas and are subject to change. The weighted speed score is not an actual internet speed.

Google Fiber has the fastest average internet speeds in the US, followed closely by Verizon Fios. These two fiber internet providers have impressive download speeds, upload speeds, and ping rates.

MetroNet, Cox, and Xfinity also average respectable speeds. Like Google Fiber and Verizon, MetroNet is a fiber internet provider, so it can give equal upload and download speeds. Cox and Xfinity, on the other hand, give customers slower upload speeds than download speeds—17.6 Mbps and 13.9 Mbps, respectively.

We came up with these findings by drawing data from 3.6 million speed tests that internet customers across the United States conducted with our internet speed test tool from July 1, 2020, to July 1, 2021. We use download speed as the main base of comparison between providers because most of our activity on the internet involves downloading data.

You can see more info on how we crunched these numbers in our methodology section farther down on this page.

Not sure which internet providers are available in your area? Run a search with our zip code tool below.

Internet providers with the fastest advertised speeds in the US

Data effective 3/26/2021. Not all speeds and packages available in all areas and are subject to change.

The fastest residential internet speeds usually top out around 1,000 Mbps. Xfinity and Google Fiber offer speeds up to 2,000 Mbps, but those plans are either cost prohibitive or have very limited availability, or both. And there are a few providers sprinkled throughout the US (like EPB Fiber Optics in Chattanooga, TN) that offer speeds up to 10,000 Mbps. But those are pretty rare and almost certainly overkill.

Almost every ISP has a gigabit internet plan nowadays. So to identify the internet service providers with the fastest advertised speeds in the US, we used data from the Federal Communications Commission’s Ninth Measuring Broadband America Report. We included providers on this list who surpassed actual-to-advertised speeds for most users according to the report (because it’s no use paying for top speeds if you’re constantly getting less than you pay for).

What’s the difference between average speeds and advertised speeds?

The average speeds we’re discussing reflect what customers get from the internet plans they’ve purchased. But many of these providers also have Wi-Fi plans that give you faster speeds, if you so desire. To get a sense of just how fast a provider’s internet can go, take a look at its maximum advertised speeds.

Our 2021 customer satisfaction survey: Which provider has the best speeds?

Although EarthLink doesn’t have the fastest speed test results, it does have the happiest customers when it comes to internet speed. That’s according to our most recent customer satisfaction survey, in which we asked thousands of internet customers to rate their experiences with the biggest US internet service providers.

In our survey, released in July 2021, EarthLink swooped to the lead in the internet speed category with a score of 4.1 out of 5. Verizon comes in second place with 3.9 out of 5, followed by a batch of several providers that all tie for third place with a score of 3.8—Cox, AT&T, Suddenlink, Mediacom, Astound Broadband Powered by RCN, and Sparklight.

EarthLink offers both fiber and DSL service. DSL internet tops out at around only 100 Mbps, so a DSL provider wouldn’t rise to the top in our speed test results for fastest providers. But it’s definitely possible that EarthLink could still have robust DSL service along with speedy fiber service.

The fastest providers in New York City aren’t the same as the ones in Los Angeles. The US is a massive country, so we broke down our data set into four regional categories to help you find the fastest internet speeds in your neck of the woods.

Fastest internet providers in the Northeast

Verizon Fios takes the top speed spot in our rankings for the Northeast. That’s no surprise, seeing as the fiber internet provider also earned high rankings in our most recent customer satisfaction survey. It also scored top place in J.D. Power’s 2020 U.S. Internet Service Provider Satisfaction Study for the East and came out on top of the American Customer Satisfaction Index (ACSI) Telecommunications Report 2019-2020 as well.

In particular, Verizon Fios had notably higher average upload speeds than other providers in the region, which is typical for fiber internet service compared to cable.

That doesn’t mean cable internet is slow. Four of the Northeast’s fastest ISPs are cable internet providers. All of them offer gigabit (or close) internet speeds.

Fastest internet providers in the Midwest

With the exception of Xfinity and Frontier, regional and local internet providers dominate the Midwest. Allo Communications, MetroNet, and Mediacom all have relatively small service areas in only a few states in the region:

While these local providers offer the fastest speeds, they don’t have the widest availability. Xfinity offers a bit of both with better coverage and fast speeds. But it’s telling that the Midwest’s fastest internet providers are so limited and concentrated around bigger cities.

Much of the rural Midwest exists outside of service areas for cable and fiber internet. If you’re out in the boonies but still want the best connection possible, check out our guide to rural internet.

Fastest internet providers in the South

A relatively unknown internet provider called Ting got the fastest internet speeds in the South. Ting is a subsidiary of the Dish Network, better known as a satellite TV provider, and it offers fiber service in a smattering of small cities across the US, the majority of which are in Virginia and North Carolina.

Both Xfinity and Google Fiber also provide service in the South. There are also more fiber-only internet companies on this list in general, so it looks like the South is doing pretty well when it comes to high-speed internet access.

Fiber is the fastest type of internet, and it really boosts speed scores. But if a provider also offers DSL services, those can drag down the overall average speeds from that provider, which results in a lower score. You don’t have to worry about that here.

Can you get any of these providers in your area? Use our zip check tool to find out.

Fastest internet providers in the West

We’ve gotta say—we’re surprised that Sonic beats out Google Fiber for fastest internet in the West. Google Fiber has the highest speed in the whole country among major providers, while Sonic is more of a regional provider. We still think Google Fiber is the way to go in this case, since it’s such a reliable and cost-effective service. And you won’t always be able to get fiber with Sonic, which also provides much slower DSL service.

If you’re looking for top speeds, we’d advise splurging for fiber internet. It’s simply much faster, though many fiber networks have much smaller coverage areas than other types of internet.

Which are the fastest internet providers by type?

CenturyLink’s speeds are impressive for a DSL provider, but keep in mind that CenturyLink also has fiber internet—so its total average could be weighted higher since fiber internet speeds are generally much faster than DSL internet.

What is the fastest type of internet?

Beyond cable and fiber, there are several types of internet connections, and each type can affect your speeds in different ways:

Fiber is currently the fastest type of internet available, with speeds up to 10,000 Mbps in a few areas. It uses glass fiber-optic threads bundled together to transfer light signals, which are fast and reliable over long distances. Fiber isn’t affected by speed issues common in older types of internet connections.

Cable internet uses buried copper coaxial cables and electrical signals to transfer internet. While it can reach gigabit internet speeds, cable has more limited bandwidth than fiber. This can cause network congestion when too many internet users in one area are online at the same time.

DSL stands for “digital subscriber line” internet. It uses landline phone wires to deliver internet, allowing much faster speeds than dial-up. But because it still uses older telephone infrastructure, DSL is less reliable than cable or fiber. Its top speeds max out around 100 Mbps.

Satellite internet uses wireless signals between your home, a satellite orbiting earth, and the provider. This tech can currently reach speeds up to 100 Mbps, but it has much higher latency than other types of internet because all your data has to travel literally thousands of miles. The satellite signals can also be interrupted by bad weather.

Fixed wireless internet works very similarly to satellite internet, but it uses radio tower transmitters as the midpoint instead of a satellite. The main limitation to fixed wireless is that it requires line-of-sight to transmit signals. Most fixed-wireless carriers currently offer limited speeds, often not reaching over 100 Mbps. But the technology has a lot of potential to deliver speeds that could match fiber, especially with the emergence of 5G.

Cellular connections, also known as mobile or wireless, connect your mobile devices to the internet via cell towers. This differs from other forms of internet because it’s not a one-to-one connection. Every mobile device connected to a cell tower shares the same bandwidth, which can dramatically affect speeds if the network gets congested.

How we ranked the fastest internet providers in the US

We took data from more than 3.6 million speed tests taken by users with our speed test tool between July 1, 2020, and July 1, 2021. We identified the internet providers with the fastest average upload and download speeds and ping rates (latency) in the US.

When it comes to download and upload speed, the higher the speed, the better. For latency, however, lower numbers mean faster response times and a smoother connection overall. Latency (also known as the ping rate) is the delay that happens when a signal is sent from a device to a network, or vice versa. It’s measured in milliseconds, and higher rates of latency lead to glitchy video and audio performance in streaming and online games.

Looking for the fastest internet providers in your area? Run your ZIP to compare speeds and prices near you.

2021 Internet Customer Satisfaction Report
How Important Is My Wireless Router to My Internet Speed? 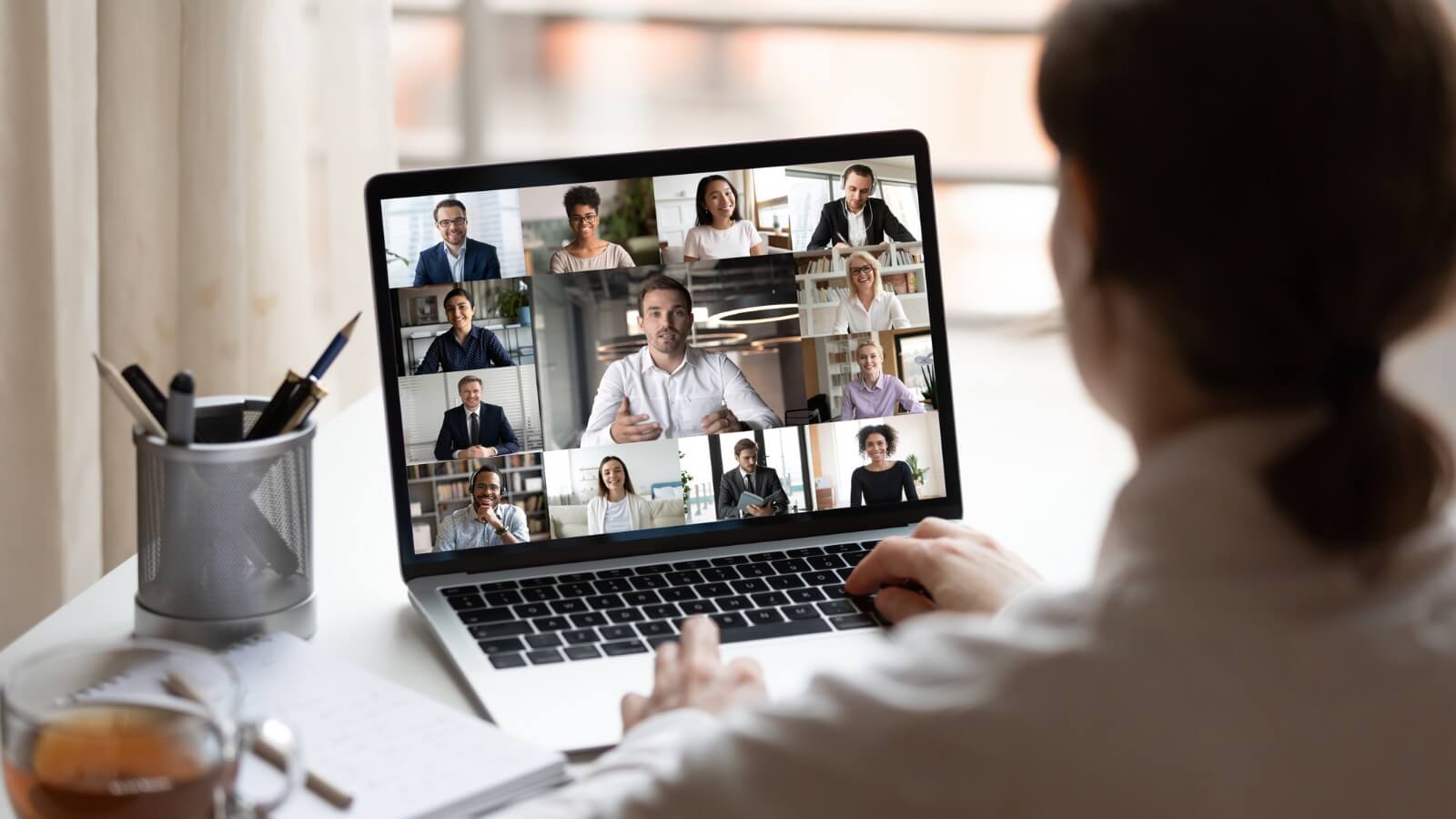 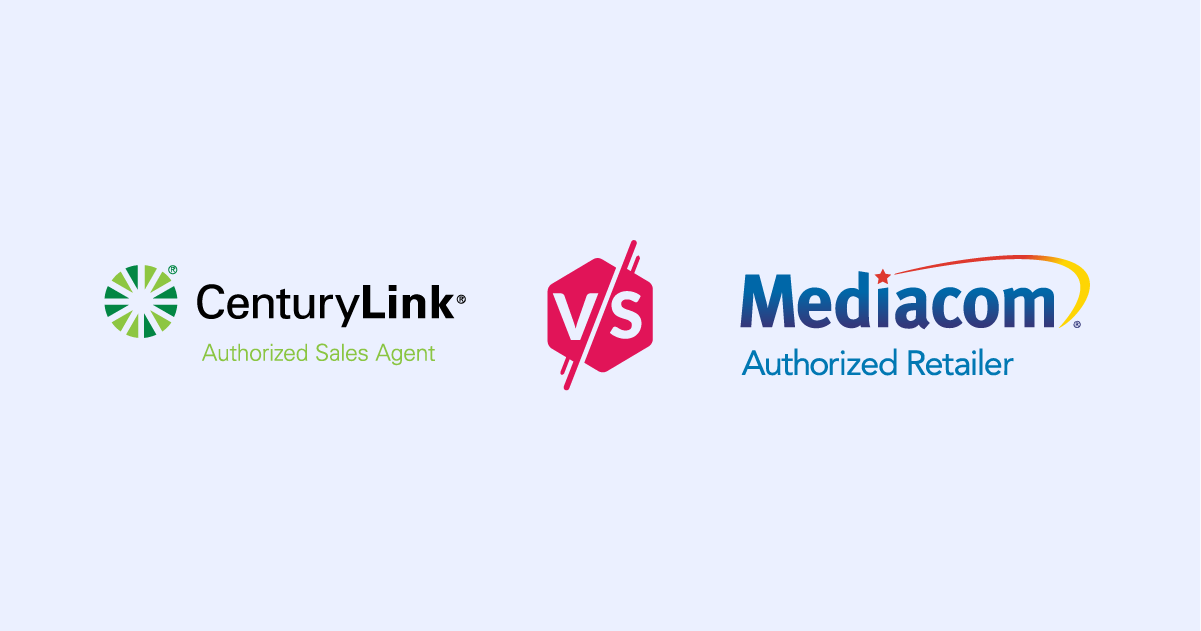