Spectrum vs. Optimum: Which Internet Provider Is Best?

Spectrum and Optimum duke it out in the cable internet war, but Optimum may have the upper hand with fiber.

* Limited time offer; subject to change; valid to qualified residential customers who have not subscribed to any services within the previous 30 days and who have no outstanding obligation to Charter.

Go with Spectrum, even if Optimum’s fiber internet is available in your area. We don’t usually recommend cable internet over fiber because it’s generally less reliable and has slower uploads. But when every penny counts, the savings Spectrum offers just can’t be beat.

Pros and cons: Spectrum vs. Optimum

Want to know if Spectrum or Optimum are in your area? Take a look by typing in your zip code below.

Plans and pricing: Spectrum vs. Optimum

Spectrum is the largest cable internet provider in the US, while Optimum’s network is more limited—with cable internet in Connecticut and fiber internet in New York (mainly Long Island), New Jersey, and a pinch of Pennsylvania. But while Optimum may have better pricing for your first year, Spectrum plans are less expensive once the promotional period dust settles.

‡ The Spectrum Internet Assist plan requires one or more members to be enrolled in the National School Lunch Program, the Community Eligibility Provision, or the Supplemental Security Income program.

* Limited time offer; subject to change; valid to qualified residential customers who have not subscribed to any services within the previous 30 days and who have no outstanding obligation to Charter.

** Limited time offer; subject to change; valid to qualified residential customers who have not subscribed to any services within the previous 30 days and who have no outstanding obligation to Charter. Spectrum Internet® Gig promotion price is $89.99/mo; standard rates apply after yr. 1. Taxes, fees and surcharges extra and subject to change during and after the promotional period; installation/network activation, equipment and additional services are extra.

Spectrum’s plans appear more expensive than Optimum’s. For example, Spectrum charges $89.99 per month for the first 12 months for gigabit internet, while Optimum cuts that monthly fee in half. But both providers raise their prices after the first year, so expect Spectrum’s monthly cost to go up about $25 (if you don’t find a way to renegotiate pricing).

Spectrum has the upper hand with nationwide availability, but it lacks fiber service, which is a more reliable connection than old-school cable. Still, Spectrum’s cable internet is more than adequate for most people, with download speeds of up to 1,000 Mbps (wireless speeds may vary). It’s the cheaper option after the first year, and there are no added fees for modems or network enhancements.

At first, Optimum has Spectrum beat for affordable pricing. For $49.99 per month, you can either get 200 Mbps with Spectrum or 1,000 Mbps with Optimum. That’s an 800 Mbps difference for the same starting price.

Overall, Optimum is $25 more per month than Spectrum after the promotional pricing ends. Here’s what you can expect:

* by the third year of service

Deals and promotions: Spectrum vs. Optimum

You can avoid both of these fees by purchasing a compatible cable modem, a standalone Wi-Fi router, or a gateway. The drawback is that you’re responsible for all upgrades and replacements unless you switch back to Spectrum’s or Optimum’s equipment.

Spectrum and Optimum rank in the bottom half of every category in our annual customer satisfaction survey. A quick glance at the scores shows Spectrum in 9th place out of 12 providers—Optimum is 10th. But Optimum scored slightly better than Spectrum in speed, price, and reliability satisfaction.

A deeper look shows that Optimum’s fiber customers gave slightly higher ratings than its cable customers in every category. But overall, around 83% of the Optimum respondents said their speeds usually or always met their needs. The number of Spectrum respondents that made the same claim was higher at 87%, yet both providers’ speed satisfaction scores rank at the bottom of our list.

Want to know if Spectrum or Optimum are in your area? Take a look by typing in your zip code below.

‡ Limited time offer; subject to change; valid to qualified residential customers who have not subscribed to any services within the previous 30 days and who have no outstanding obligation to Charter.

Spectrum doesn’t offer the traditional TV and internet bundle at a huge discount. Instead, you can pair its TV Select service with any of its three internet plans. You can add standard TV and premium channels to the base channel lineup, but they cost extra.

Optimum’s fiber internet beams light through glass fibers that reach an optical network terminal (ONT) installed outside or inside your home. It does not use the traditional modem.

Overall, fiber is the best connection for its reliability and symmetrical speeds. Fiber’s fast uploads are ideal if you transfer large files to a remote server or livestream, but its availability is limited. Cable is more widespread than fiber and has slower uploads, but it has fast downloads and an easier installation than fiber.

There’s nothing to report here. Spectrum and Optimum do not enforce data caps, but Spectrum may do so starting in May 2023, once its agreement with the Federal Communications Commission (FCC) ends.2

Spectrum and Optimum do not require contracts.They provide discounted pricing for the first 12 months. In both cases, you must keep the service for at least one month before you can cancel.

Spectrum’s pro install includes all the necessary cabling and equipment. The technician provides you with the WiFi info and waits long enough for you to connect a wireless device. The self-install kit includes everything you need to get internet in a home with coax cables already installed.

Spectrum is the largest internet provider, covering 38.3% of the US according to our proprietary data—all of which is cable internet. Most of its coverage area is in the Eastern and Central time zones, with smaller spots scattered across the nation.

To see if Spectrum or Optimum is in your area, enter your zip code below:

When you stack Spectrum up against Optimum, Spectrum is the clear choice for long-term internet savings. Though its starting prices are a little steep, it makes up for it with much cheaper prices after the first 12 months compared to Optimum.

But we recommend Optimum’s fiber if it’s available and you don’t mind the price hike. Fiber is more reliable than cable and has symmetrical speeds, which you can’t get from Spectrum.

The good news is that Spectrum and Optimum don’t enforce annual contracts, so you can take advantage of their promotional prices and see which provider is a better fit for you. Still, the monthly savings you’ll see over time with Spectrum will add up and make you smile.

More about Spectrum and Optimum

Optimum vs. Verizon: Which Internet Provider Is Best for You?
Best Internet for Veterans and Military Families

How to Choose an Internet Service Provider
May 23, 2022

Optimum vs. Verizon: Which Internet Provider Is Best for You?
May 12, 2022 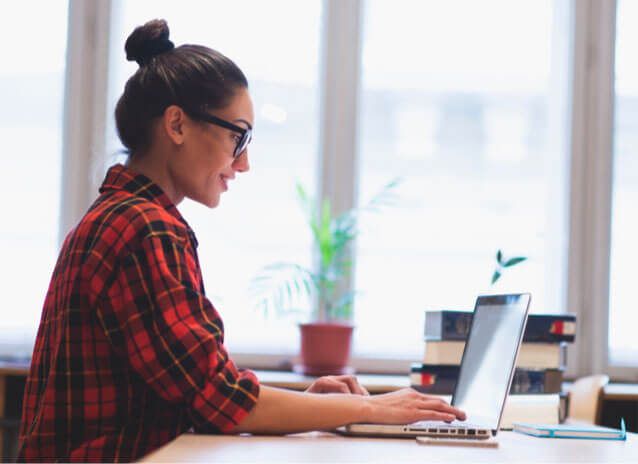