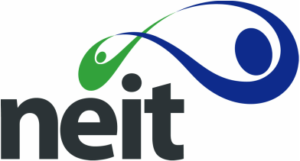 What is the best internet provider in Waukon?

If you live in the northeastern Iowa community of Waukon, there's a lot you probably love about your city. From the waterfront views and outdoor activities to the strong sense of community, Waukon has something for everyone. With high speed Internet options for every budget, it's even easier to make the most of each day in Waukon.

You might begin by checking out satellite plans in Waukon. The region's largest satellite provider is Viasat, a company known across the United States for its dependable satellite service. The network sprawls across the entirety of Waukon, extending into neighboring communities beyond the city limits.

One of the largest cable providers in Waukon is Mediacom. Through this national company, enjoy some of the fastest download speeds available in Waukon.

If you're looking into the benefits of DSL and fiber optic service, start your search with CenturyLink. This company's network offers both services, which makes it a popular choice for residents and business owners.

CenturyLink offers internet at speeds up to 40 Mbps

EarthLink offers internet at speeds up to 40 Mbps