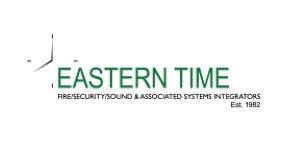 Several Allentown neighborhoods have access to fiber internet via Verizon Fios. This provider offers service as far west as Krocksville, as far east as Farmington, and as far north as City Center. Through the Verizon DSL network, the entirety of Allentown can choose from several different internet speeds.

Both RCN and Level 3 Communications provide service to all of Allentown. The same is true for Atlantic Broadband and TOAST.net.

The network of Service Electric Cable TV runs from Woodlawn in the north to Gauff Hill in the south, and from Guth in the west to Farmington in the east.

Through Megapath, all of Allentown has access to high-speed internet. Service extends beyond city limits to include neighboring communities.

Verizon Home Internet offers internet at speeds up to 940 Mbps

It's very inconsistent and buffers a lot! If you go into another room or outside...within 50ft...you get no service. Highly disappointed!