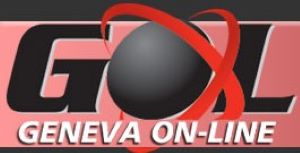 What is the best internet provider in Elkhorn?

Just north of the border between Wisconsin and Illinois, Elkhorn is a community of 10,000. It's one of the final stops for those heading from Wisconsin to Chicago, so it's an important part of interstate transit in Wisconsin. Whether you live in this area or own a business in Elkhorn, there are several Internet service providers that have the coverage options you need.

Several companies specialize in bringing DSL service to Elkhorn. CenturyLink, one of the largest DSL providers in the United States, brings both fiber optic and DSL service to the entirety of Elkhorn. AT&T is another national provider with a sizable network in the Elkhorn region, supplying a handful of download speeds to subscribers. Telephone and Data Systems is the community's other main source for DSL.

Those interested in cable service have multiple choices to explore. Spectrum currently offers some of the highest download speeds in Elkhorn. Similar connection speeds are accessible through Mediacom.