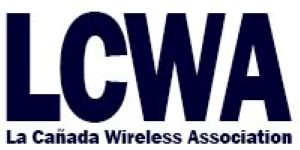 What is the best internet provider in Santa Fe?

With a growing population of nearly 85,000 people, the city of Santa Fe is a developed metropolitan area of New Mexico. With its variety of businesses and commercial jobs, Santa Fe is an important economic hub for New Mexico. Customers have many options for internet coverage.

Some choose CenturyLink. This national DSL provider is among the largest in New Mexico. Service is offered to almost the entirety of Santa Fe, stopping west of the Santa Fe Municipal Airport. Western neighborhoods like La Cienega and Cerrillos partially fall outside the company_s service area.

Major cable provider Xfinity is expansive in Santa Fe, reaching the city_s limits in all directions. The Xfinity network is nearly identical to the Cyber Mesa Telecom network.

Through ENMR Telephone Cooperative, neighborhoods in central Santa Fe, northeastern Santa Fe, and southwestern Santa Fe have stable internet service. In the southern half of the city, coverage is provided by Zayo Group.

Lastly, TW Telecom is also primarily limited to the southern half of Santa Fe.

We don't have many choices for internet in Santa Fe, NM. Comcast has good customer service and while it is not really fast the connection is reliable.

Speed - iffy at popular times of day Pricing - changes monthly - they do not honor what they initially quoted at time of sale. Service: Every customer service rep has a different answer. Invisible rate hike is corrected only to return in a higher rate one or two months later. They are quick to offer other products for purchase when they can't fix the one for which you are now paying.