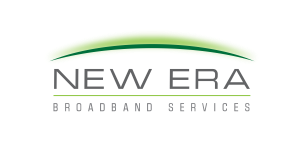 What is the best internet provider in Albany?

Tucked into central Ohio, the village of Albany is home to under 1,000 people. While the city is small, it relies heavily on high speed Internet for a variety of reasons. Customers turn to Internet providers for entertainment, education, work, and communication. Find a plan that suits you on this page.

Those interested in DSL coverage could find what they need with Frontier FiOS. Through Frontier FiOS, customers enjoy download speeds as high as 15 Mbps. Service is widely available throughout Ohio, reaching the areas surrounding Albany.

Cable is another common option in Albany. The primary cable provider in Albany is Time Warner Spectrum. The Time Warner Spectrum network is widespread, covering most of Albany's central neighborhoods. Many outlying neighborhoods also fall within the service area. Service stops short of far southeastern communities and some northern neighborhoods. Service extends beyond the city limits to the west and east, ensuring that rural communities can also enjoy Internet access.