User Rating (614)
View Plans for Xfinity
Data effective 9/03/19. Offers and availability may vary by location and are subject to change. Contract-free packages are priced higher.

Xfinity internet is the fastest internet provider in the US, and has reliable service. Customer service has greatly improved in recent years. Navigate a variety of chat or phone options, or edit service through your account login, without picking up the phone.

Xfinity offers a wide network of Wi-fi hotspots that help you save mobile data.

If you get Xfinity internet, you’ll probably be satisfied with your service.

Xfinity Internet Only Plans and Prices

*Prices are higher for no-contract option. Price does not include modem rental, taxes, and other fees.
Data effective 01/15/20. Offers and availability vary by location and are subject to change.

We’ve broken down the internet-only packages from Xfinity to help you choose the package that’s right for you.

Before checking out the various packages that Xfinity offers, it’s a good idea to understand some key terms that are often used when discussing internet options.

The most important term to know when researching internet packages is “Mbps,” or megabits per second. Mbps refers to how many megabits of information are transferred per second through any given connection — the higher the number, the faster the connection.

Another important term is “broadband.” Broadband internet refers to a high-speed connection. It can come in many forms, including DSL (Digital Subscriber Line), cable, fiber optic, and satellite. Xfinity from Comcast offers cable Internet, which transmits data over existing cable television networks through a cable modem.

Got it? Great! Here’s a breakdown of Xfinity’s cable internet packages, by price.

The Xfinity Performance Starter package offers reliable speeds for light Internet users. With download speeds up to 25 Mbps, households with a single device using the Internet at a time can easily share photos, download music, and shop online.

For just $15 more a month, the Performance 25 package offers four times as as much speed as the Performance Starter package, making it a great package for households with two to three devices online at a time. Low to moderate internet users who need a little more speed and spend more time downloading can share photos, surf the Web, and stream multiple TV shows quickly and reliably.

The Xfinity Performance Pro package rounds out the entry-level tier of Xfinity internet service. This probably the best package for most home internet users who don’t need to bundle their internet with other services. Households with two to three devices online can stream multiple TV shows and access millions of hotspots nationwide.

Xfinity Extreme Pro offers some of the fastest in-home Wi-Fi on the market. Download speeds up to 600 Mbps allow households with five or more online devices to participate in high-bandwidth activities like streaming and online gaming. It offers access to millions of nationwide hotspots and is perfect for people that work from home or rely on their Internet for streaming television, music, and movies.

The Xfinity Gigabit Internet service will handle the needs of the heaviest internet users. Speeds up to 1 GB will download multimedia files in 30 seconds, HD movies in 10 seconds, and full music albums instantaneously.

The Xfinity Gigabit Pro Internet service borders on excessive speeds and is for people with absolutely no free time whatsoever. Speeds up to 2 GB allow households to download multimedia files in 60 seconds, HD movies in 20 seconds, and full music albums in less than a second.

All Xfinity Internet packages come with Constant Guard®, which offers protection against identify theft and viruses at no extra cost. They also offer Xfinity Connect, which allows you to connect your smartphone to your Xfinity services.

In addition to internet-only deals, Xfinity offers TV, Internet, and Voice bundled packages for every budget. Check out the options available in your area today to get the best deal that meets your needs.

For the first 12 months with a 1-year agreement.

For the first 12 months with a 1-year agreement

For the first 12 months.

Data effective 01/15/20. Offers and availability may vary by location and are subject to change. Contract-free packages are priced higher.

Can I get an internet only plan from Xfinity?

Yes. Xfinity offers a variety of internet only plans available to new users. Xfinity internet plans start at 25 Mbps at $19.99 per month.

Can I get an internet only plan if I already have TV and internet from Xfinity?

Yes. If you’re already getting a TV and internet bundle, you can drop the TV package and get internet only.

The cheapest internet-only plan from Xfinity is Xfinity Performance Starter which offers 25 Mbps at $19.99 per month.

For users with special low-income or other qualifications, the cheapest Xfinity internet plan is $9.99 per month.

See if you qualify for discounts on Xfinity internet

How fast is Xfinity internet?

Xfinity is the fastest internet provider, according to our 2019 speed test data. Xfinity also pretty consistently delivers on advertised speeds. If you pay for 100 Mbps you’ll probably get at least 100 Mbps.

Xfinity fiber is not available in all Xfinity coverage areas. Double check when you buy, and don’t just assume the 1000 Mbps plan you’re viewing is fiber.

How much speed do I need?

Xfinity has seven speeds to choose from. Use our tool to determine which plan is just right for your specific activities.

How to avoid Xfinity overage Fees:

Difference between Xfinity Hotspots and Xfinity Home WiFi via xFi:

Xfinity flex is a streaming box from Xfinity to compete with Roku, Amazon Firestick, and Apple TV. Xfinity Flex is free for Xfinity internet customers, has a voice remote, and 4k streaming quality. See more on our Xfinity Flex Review.

Xfinity self installation will save you $89 and can be done at any time. To self install Xfinity internet follow our step by step Xfinity Self Installation Guide.

The current best Xfinity deal is the Performance Pro Plus plan. It’s only $39.99 per month for 200 Mbps.

For a more comprehensive look at all Xfinity deals and promotions, check our up-to-date Internet Deals page.

Xfinity internet vs. the competition 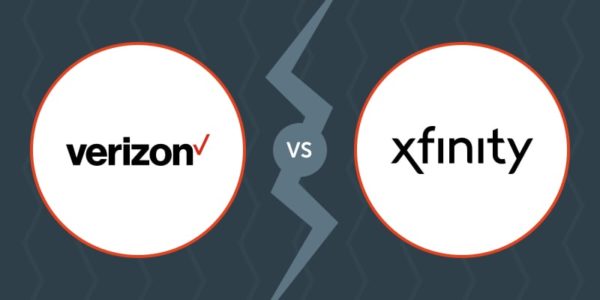 Xfinity and Verizon deliver comparable speeds with different technology. Xfinity is great for streaming and browsing, while Verizon Fios’s equal upload and download speeds are preferred for gaming and video uploading.

Read more about Verizon vs. Xfinity 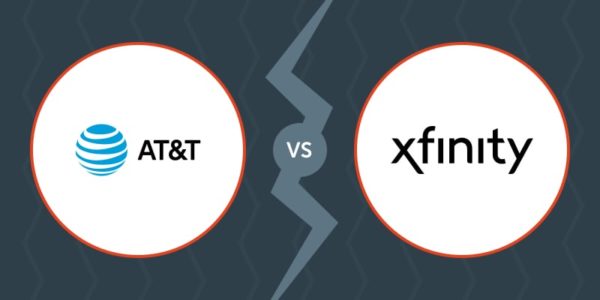 If you’re trying to decide between AT&T and Xfinity, get the scoop on how they compare. Xfinity offers faster speeds, but AT&T is more affordable. 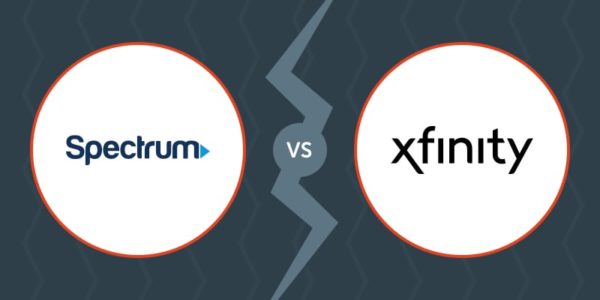 Find out how Spectrum and Xfinity compare side-by-side. Spectrum beats Xfinity when it comes to customer service ratings. Xfinity offers a wider variety of internet speeds and prices.

Read more about Spectrum vs. Xfinity

Where is Xfinity internet available?

Xfinity is one of the largest Internet Service Providers in the US, offering service in 39 states plus the District of Columbia.

The company provides 1,000 to 2,000 Mbps service to significant sections the US. Prices are similar across the country, although speeds are slightly lower in the West. Availability varies, so enter your ZIP code below to find service near you.

Xfinity offers the fastest residential internet speeds in the US.

We think Xfinity’s introductory prices are fair and reasonable, but what we don’t like are the price hikes. It’s difficult to find out what you’ll be paying once the promotional period ends. Make sure you find out how long your contract is when you sign up, and what the price will be when year two begins.