Seven reasons why you should switch to Wi-Fi 6

Upgrade to Wi-Fi 6, even if you still have devices and equipment based on the Wi-Fi 5 standard (or older). Wi-Fi 6 has faster speeds, supports more devices, and includes cool new technology to make your home networking better than ever.

Actually, scratch that. You should upgrade to Wi-Fi 6 Extended (Wi-Fi 6E) if you want the fastest wireless speeds possible. But the spec is so new, there are only a handful of devices that support it—for now, anyway.

The bottom line: you should get away from Wi-Fi 5 and older versions as soon as possible, but do so at a pace that’s easy on your wallet. The old spec had its run. It’s done. Move on to Wi-Fi 6 or Wi-Fi 6E when you have the means.

Need more convincing? We’ll give you seven reasons why you should take the Wi-Fi 6 plunge.

Do you have a gigabit connection to complement Wi-Fi 6 speeds?

Wi-Fi 6 and Wi-Fi 6E support wireless gigabit speeds. Enter your zip code below to see if a compatible plan is available to you.

First, let’s get the technical mumbo-jumbo about speed and why it’s faster in Wi-Fi 6 out of the way.

Data is nothing more than ones and zeroes, but we can string these bits into symbols. For example, a symbol may contain a zero and a one, while a larger symbol may contain three zeroes and three ones (in no specific order). The bigger the symbol, the more data you can transmit.

A quadrature modulator adds these symbols to carrier radio waves (we explain why here). This step is called quadrature amplitude modulation (QAM), and the resulting modulated waves leave through the antennas.

A baud rate represents the number of symbols transferred per second. The higher the number, the more data transfers across a medium.

Wi-Fi 6 uses 1024-QAM, which translates to 10 bits per symbol and 1,024 possible combinations. This uptick means faster speeds because Wi-Fi 6 can push more data through the same channel as Wi-Fi 5.

Wi-Fi 6 covers both bands. The 2.4 GHz band now has a theoretical rate of 300 Mbps per stream, double that of Wi-Fi 4. The real-world speed is drastically slower, plus you need a Wi-Fi 6 device to see the improved speeds from a Wi-Fi 6 router.

So, what’s a stream? Glad you asked because that’s our next selling point for Wi-Fi 6.

Routers broadcast data in spatial streams, different signals using different spaces (to avoid collisions) within the same channel. They radiate through different antennas and bounce around the environment until your devices receive them (unless your device supports beamforming).

Most wireless devices have two transmit streams (Tx) and two receive streams (Rx), so we write this as 2×2. Desktops and laptop adapters can go higher, like 4×4. The more, the better.

Wi-Fi 5 Wave 1 products certified by the Wi-Fi Alliance support 3×3 configurations on the 5 GHz band but can only handle one device at a time. This method is called single-user, multiple input, multiple output (SU-MIMO).

Certified Wi-Fi 5 Wave 2 products support 4×4 configurations on the 5 GHz band and can support more than one client at a time—this method is called multi-user, multiple input, multiple output (MU-MIMO).

We explain more about the differences between SU-MIMO and MU-MIMO here.

The Wi-Fi 5 standard published by the Institute of Electrical and Electronics Engineers (IEEE) actually supports 8×8 configurations on the 5 GHz band, but the Wi-Fi Alliance certified Wave 1 and Wave 2 configurations due to complexity and cost.1

Overall, the more streams you have, the better a router can provide the fastest speeds to multiple devices, and Wi-Fi 6 does exactly that.

Ready to upgrade your router?

We provide a few ideas based on our hands-on testing:

A Wi-Fi 5 router broadcasts a message (beacon) to all connected devices, announcing that data is ready for transmission. Every connected device wakes up and waits for its turn to receive and send data. All this waiting throughout the day and night drains your device’s battery.

Wi-Fi 6 introduces a feature called Target Wait Time to improve battery performance. The router and each connected device establish a time to wake up and transmit data. This schedule saves battery power and frees up bandwidth previously used when devices stay awake and put on hold.

This feature has a rather deep rabbit hole, so we’ll try to keep to the surface.

Imagine a single TV channel delivering different programs simultaneously by splitting the one channel into subchannels. There are empty subchannels (guard bands) in between to prevent overlap. This method is called Frequency-Division Multiplexing.

The problem is, OFDM operates on a first-come, first-served basis, so a single device occupies the entire bandwidth during a single time frame. It may not use all that bandwidth, but the remaining space is still reserved for that device.

With OFDMA, the router determines how it needs to allocate bandwidth to each user simultaneously in any given time frame, which improves the throughput for all connected users on that channel.4

The Wi-Fi Alliance introduced Wi-Fi Protected Access (WPA) in 2003 as a replacement for the Wired Equivalent Privacy (WEP) security protocol. The latest version included with Wi-Fi 6, WPA3, first appeared in 2018 with significant improvements over WPA and WPA 2.5 Here’s a list of highlights:

Wi-Fi 5 supports WPA and WPA2 only.

The new 6 GHz band is the big selling point with Wi-Fi 6E, but we don’t insist you bypass Wi-Fi 6 altogether. The 6 GHz band is a new frontier, like 5 GHz once was, offering less interference and better speeds. You still get the 1,200 Mbps max per stream like vanilla Wi-Fi 6, but you have a better chance of hitting that mark than you would on 5 GHz.

Why? The two 160 MHz Dynamic Frequency Selection (DFS) channels on the 5 GHz band are shared with other services that take precedence over your Wi-Fi signal, like radar. You see slower than expected speeds, constant disconnections, or no connection at all if you live within reach of an airport, for example.6

The new 6 GHz band has seven new 160 MHz channels (or 14 new 80 MHz channels). The space is exclusive to Wi-Fi, so there’s no sharing airspace with radar and other disrupting equipment stationed miles away.

If you’re ready to invest in Wi-Fi 6E, take a look at our list of router recommendations below.

There are two other features you can’t get in Wi-Fi 5: BSS Coloring and Dynamic Fragmentation.

Basic Service Set (BSS) Coloring solves an interference issue when multiple networks are close to each other and use the same channel.

With Wi-Fi 5, there is no way to distinguish chatter between different networks on the same channel. When your network detects chatter from another network, your devices go quiet until the chattering stops.

Wi-Fi 6 adds an identifier, so your devices only go quiet when another device on your network speaks, not those heard from your neighbor’s network.

Dynamic Fragmentation in Wi-Fi 6 allows the router to fill RUs with data packets of any size, so there’s no wasted bandwidth. Wi-Fi 5 uses static fragmentation, meaning all data packet fragments have the same size.

Our verdict: Upgrade to Wi-Fi 6 when you can

Upgrade to Wi-Fi 6 if you still use Wi-Fi 5 or older equipment and devices. You get gigabit wireless speeds in some cases, better multi-device support, better security, and better battery longevity.

If you want the fastest Wi-Fi speeds to date, option for Wi-Fi 6E instead. But it’s a newer technology, so device selection is slimmer for now.

Should you wait for Wi-Fi 7?

Absolutely not. Qualcomm introduced the first Wi-Fi 7 chip in 2022—the FastConnect 7800—so usable Wi-Fi 7 may not appear for another few years.2 And when it does, the rollout will be as slow as Wi-Fi 6E is now.

SU-MIMO vs. MU-MIMO: What’s the difference?

That’s where MU-MIMO comes in.

So, where does beamforming come in?

Beamforming is all about direction. The router offsets the broadcast timing of each antenna to direct streams to a specific location. Imagine throwing rocks into the water at different times, so the ripples converge and create hotspots that travel northeast. But beamforming only works if the client device supports it.

Why does data need a carrier wave for Wi-Fi?

A data signal has a low frequency, which is more susceptible to interference and requires a large antenna. That’s not practical in a smartphone or laptop. Instead, a modem or router places the data on a carrier wave, which has a higher frequency, carries more data in any given second than a naked data wave, and requires small antennas.

Amazon.com Prices as of 8/10/22 9:35 MST. Product prices and availability are accurate as of the date/time indicated and are subject to change. Any price and availability information displayed on Amazon.com at the time of purchase will apply to the purchase of this product. HighSpeedInternet.com utilizes paid Amazon links.

Copy copy copy tell people what they’re about to click on.

Why is My Wi-Fi So Bad?
Your Ultimate Guide to Internet Speed: Everything You Need to Know 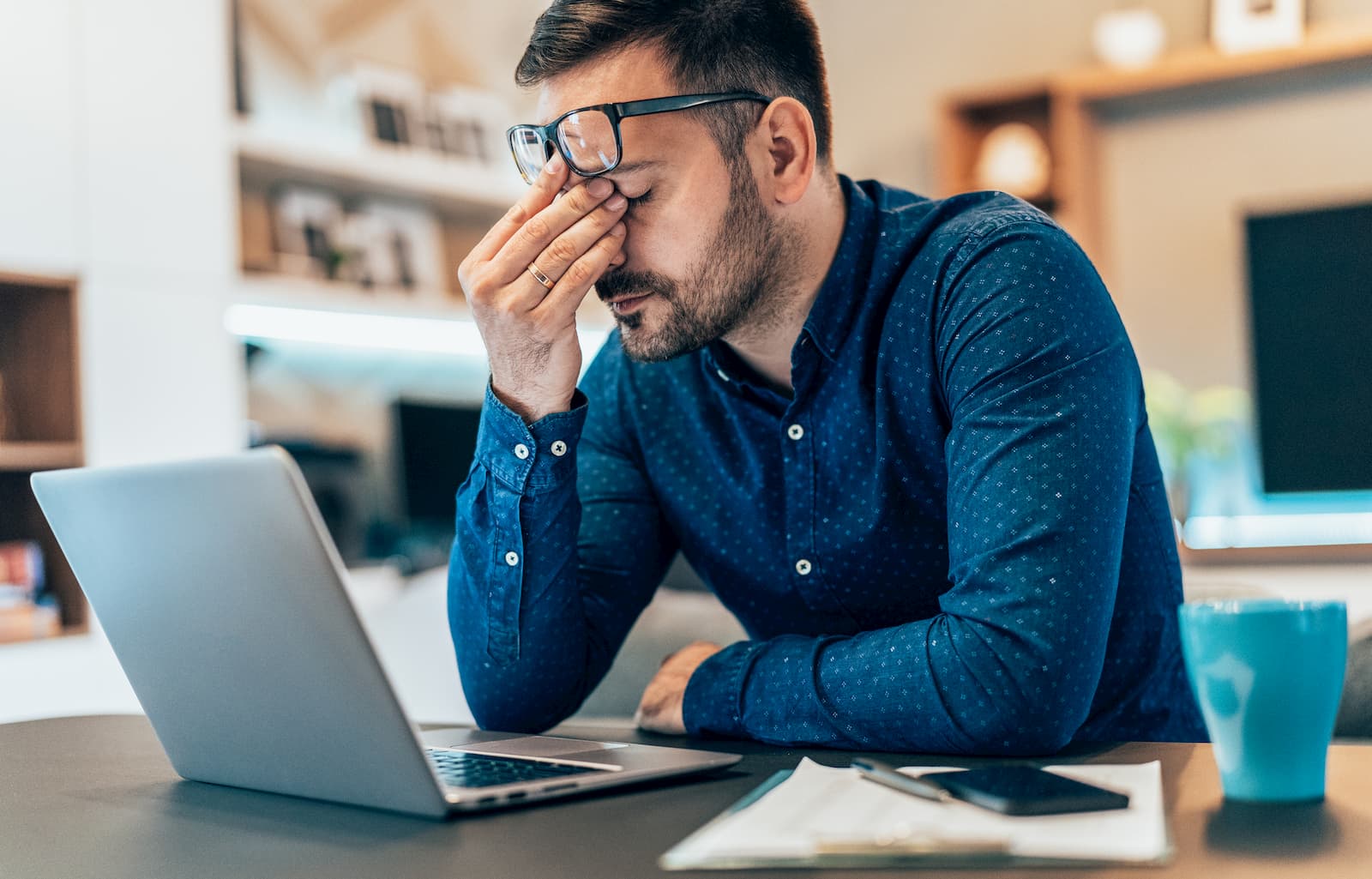 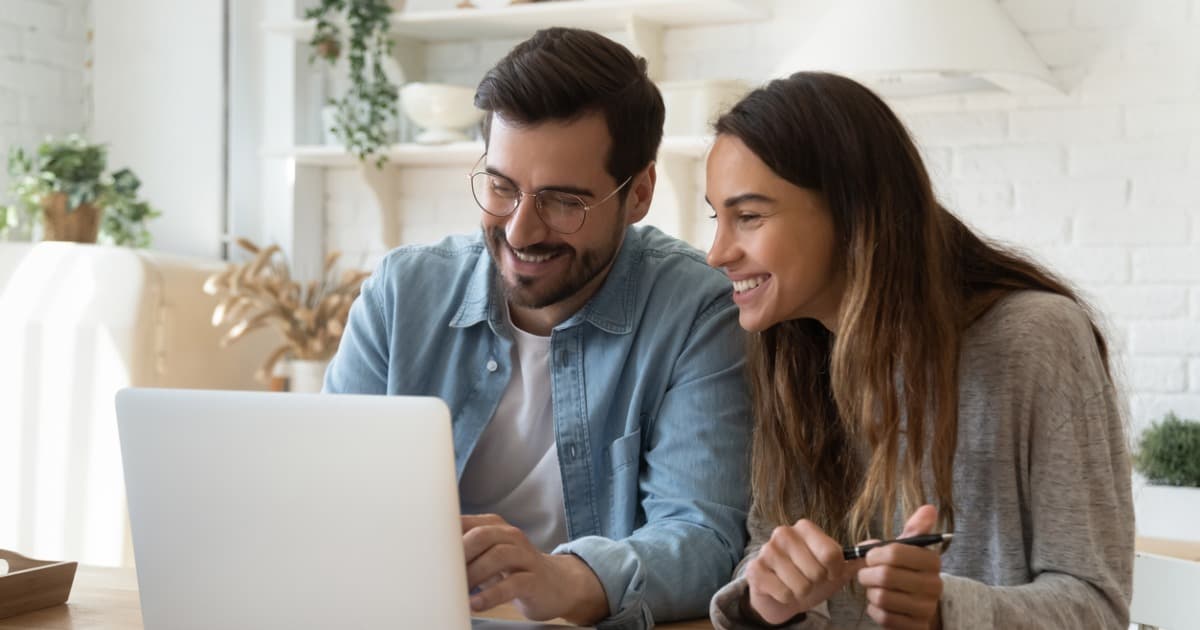 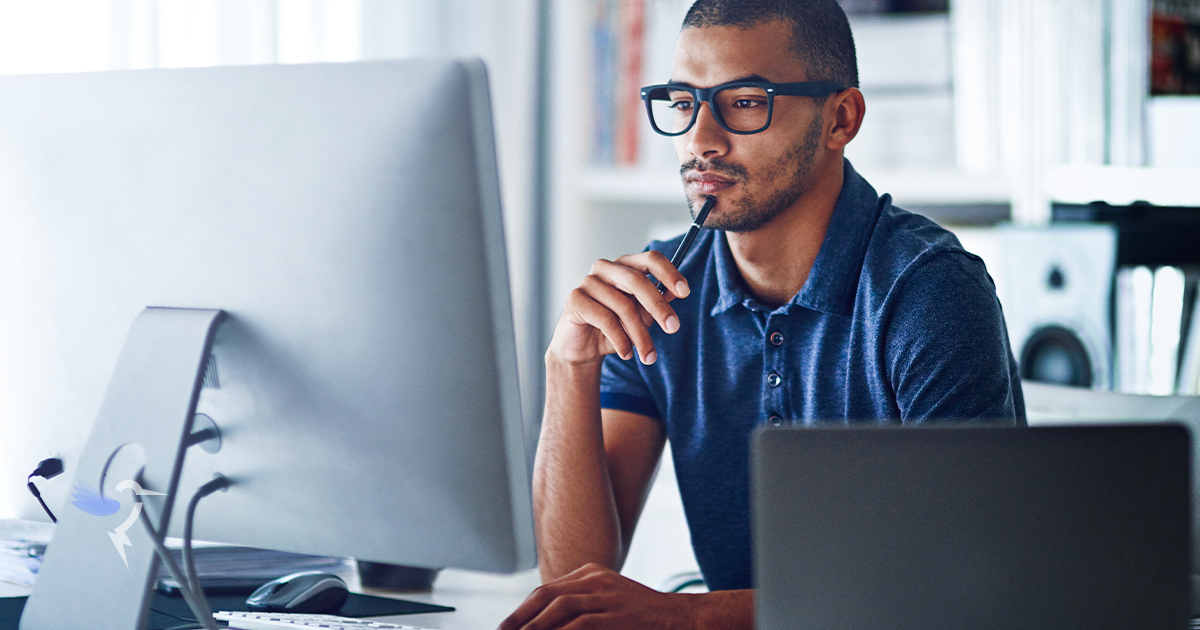