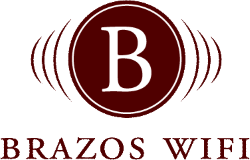 What is the best internet provider in College Station?

Holding the 36th largest community with 107,000 residents, College Station offers its residents a small number of internet providers relative to the size.

Residents living near Bryan and south of Texas A&M University have access to fiber optics internet through CenturyLink. The company advertises up to 100 Mbps in download speeds. However, they are scarce throughout the area of College Station.

CenturyLink offers a wider range of DSL services to consumers living between Allen Farm, Navasota and southern Millican. They offer the fastest advertised download speeds for DSL, being around 86 Mbps.

The remaining residents in College Station will have access to Frontier Communications. However, advertised download speeds only reach around 15 Mbps for most residents.

CEO Communications offers fixed wireless internet to the areas in Millian and Allen Farm that won't have access to DSL nor cable services. HughesNet, a satellite internet provider, also offers service to most of College Park.

BrazosWiFi offers internet at speeds up to 1000 Mbps

Have been with Suddenlink since August. The first month or so it was okay, but recently 1)I can't stream netflix or hulu without it pausing to load every 45 seconds even when I'm the only one in the house with the fastest plan. 2) I can not log onto my account online even after resetting both my username AND password (I'm pretty tech savy so it's not me) 3) can not reach a representative and 4) the number for the college station provider apparently isn't an actually working number. The make no effort to reach out to their customers. Highly DO NOT recommend!

I absolutely loathe this whole scam of a company. I can't pay my bill on the shit system they have so I get disconnected regularly and they blame me. Then take 2 weeks to restore my service