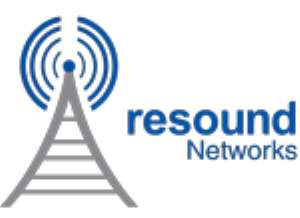 What is the best internet provider in Lubbock?

Major provider AT&T offers DSL to almost the entire city of Lubbock, and their fiber network is growing slowly in Lubbock and surrounding areas. Windstream services cover a large service area that covers western communities like Bowie and Arnett Benson. In the north, coverage reaches as far as North Lubbock. The eastern network stretches as far as Parkway and Guadalupe.

Cable internet is provided by Suddenlink Communications to nearly all of Lubbock, including Stubbs, Caprice, Wham, and Adobe Row. The South Plains Telephone Cooperative has a limited presence throughout Lubbock.

The eastern part of Lubbock enjoys service through NTS Communications. Service runs south to the loop and north to Parkway. Ballenger and Slaton-Bean are part of the provider_s central service area.

Vexus Fiber offers internet at speeds up to 1000 Mbps

Constantly resetting the modem. We do not game. Usually only one thing streaming. Pricing has tripled. When I asked for a reduction of the bill it still would have been almost 30 dollars more than most cuz pay and then the lady informed me it wouldn't do any good to reduce my bill. Then the bill increased again. I wish I could leave them negative stars. Their customer service is awful.

I will say the only positive is the price, which was fair. Not only did we have frequent outages in my neighborhood, trying to talk to a person about finally terminating my internet service with them was terrible. There was no customer service email I could contact. I called maybe two or three phone numbers associated with them, all listed as unknown, some of the calls even dropped. The rep I finally talked to was friendly enough and cancelled my service.