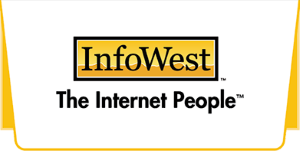 What is the best internet provider in Centerville?

In the northern Salt Lake City suburbs, you'll find the city of Centerville. Centerville is a suburban town that has grown considerably as Salt Lake City has expanded. As this town has grown, so has the need for high speed Internet. Luckily, several providers offer coverage throughout Centerville and other suburbs.

Why not start your search with CenturyLink? Through CenturyLink, people in every part of Centerville enjoy DSL and fiber optic coverage. With these options, there are speeds and prices to accommodate all sorts of residential and commercial customers. The network stretches far beyond Centerville itself to include other Salt Lake City suburbs.

Fiber Internet is also available through UTOPIA. This provider boasts some of the highest download speeds offered in this part of Utah. The network is accessible throughout this city and in several other communities.

If you're looking for a cable provider in Centerville, look into plans through Xfinity. This company's download speeds are comparable to those available through CenturyLink.