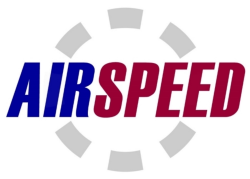 What is the best internet provider in Barberton?

Sitting just east of the War Veterans Memorial Highway is Barberton, a small census-designated place in Washington. The city is just a stone's throw from Portland and the Canadian border, and numerous high speed Internet providers provide service in this region.

You could start your search for the right Internet service provider with CenturyLink. Through this national DSL provider, you could choose from a variety of plans. The company boasts a large network that reaches all of Barberton and covers many other communities in the region. CenturyLink reports download speeds as high as 40 Mbps.

Xfinity is another popular choice for people living in Barberton. Xfinity is one of the biggest cable providers in the United States, and its network reaches every part of Barberton.

Some Internet options are only available to businesses in this part of Washington. Through Megapath, you could get dependable copper wireline service. Integra Telecom is one of the main commercial DSL providers in Barberton.