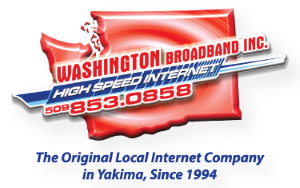 What is the best internet provider in Donald?

Donald is one of many remote communities found in Washington. However, thanks to the variety of communities that border it to the north, south, east, and west, Donald residents have access to a wide range of amenities and attractions. Another benefit of living in Donald is the range of Internet service providers that reach this area.

Perhaps one of the most well-known Internet service providers in the Donald region is CenturyLink. Through CenturyLink, people in every part of Donald can enjoy DSL and fiber optic service. Download speeds vary between connection types and plans within each type of connection, so carefully consider your options.

Another prominent provider in Donald is Spectrum. The Spectrum network is expansive, including not just all of Donald but many of its neighbors as well. On top of that, Spectrum offers some of the highest download speeds in this part of Washington, making it a dependable option for businesses and large households.

SimpliUnlimited offers internet at speeds up to 300 Mbps