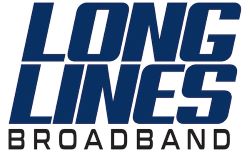 What is the best internet provider in Sioux City?

Sitting on the border of Iowa, South Dakota, and Nebraska, Sioux City is a gathering point for residents of all three states. With high speed internet from several providers, the city meets the expectations of its residents and business owners.

Many people find the service they need through CenturyLink. This service provider reaches most of Sioux City's residential areas, although service stops short of downtown Sioux City.

Cable One has one of the most established networks in all of Sioux City. Service reaches Broken Kettle Road in the north, downtown Sioux City in the south, Riverside in the west, and Stone Avenue in the east.

For those looking for service in the southern half of Sioux City, Long Lines is an option. Through Long Lines, the neighborhoods of Morningside, Lakeport, downtown, and Singing Hills have consistent high-speed internet.

One local option you can explore is FiberComm. This service provider brings high speeds to the vast majority of Sioux City's residential and commercial areas, although some parts of downtown Sioux City fall outside the service map.

Sparklight offers internet at speeds up to 1000 Mbps

Premier Communications offers internet at speeds up to 1000 Mbps

Long Lines offers internet at speeds up to 1000 Mbps

AT&T is the best internet provider. I will tell all my friends. AT&T has the bedy customer service..