Internet speed is the measurement of how much time it takes to transfer data back and forth between your computer and online servers. Internet bandwidth is your Wi-Fi’s maximum speed capacity as advertised by your internet provider.

The terms “speed” and “bandwidth” are often used interchangeably, but they’re slightly different in meaning. Keep reading for a clear breakdown of the differences between internet speed and internet bandwidth—and for recommendations on internet providers with the best bandwidth for your dollar.

If you’re looking for an internet plan with lots of bandwidth, search your zip code below to see what’s available in your area.

To better understand the difference between internet speed and bandwidth, imagine that you’re moving to a new home. Your speed is how long it takes to move boxes from one place to the other. Your bandwidth, meanwhile, is the vehicle you have to transport all your boxes.

If you’re driving a two-door hatchback, then you have fairly low bandwidth. You can fit only so many boxes into that tiny car, so you need to make more trips to finish the move. If you have a sixteen-foot capacity moving truck, though, you have a ton more bandwidth—and that makes a big move go a lot faster.

The same concept applies to the internet. With more bandwidth, you get faster speeds. That means you can support more devices and do a lot more things online.

Why are speed and bandwidth important?

Internet speed and bandwidth are important because they set the parameters for what you can do online.

Having faster speeds and higher bandwidth means you can do more online with ease, vastly reducing the chance of buffering, long load times, and other connection issues. This makes gaming, streaming, and other online activities a whole lot easier.

High bandwidth also facilitates multitasking on multiple Wi-Fi devices. It means you can efficiently support a lot of users and devices at the same time while maintaining consistent speeds and performance.

What you get with higher internet bandwidth/speeds

What you get with lower internet bandwidth/speeds

How can you measure your internet speed and bandwidth?

When you sign up for an internet plan, your provider gives you a max speed that your plan can hit. That’s your bandwidth. It represents what you can accomplish when your Wi-Fi is firing on all cylinders.

To get your internet speed, take a speed test. This gives you a precise reading of your current download speed, upload speed, and latency.

Speed test results aren’t static the same way bandwidth is—the numbers tend to vary day to day based on a range of factors, including your internet connection type, your router, the number of people on your Wi-Fi, and even the location of your router in your home.

*For the first 12 months with a 1-year agreement. Taxes and equipment not included.

†Limited time offer; subject to change; valid to qualified residential customers who have not subscribed to any services within the previous 30 days and who have no outstanding obligation to Charter.

§Terms and Conditions: Plus taxes and fees. Service not available in all areas. If you live in an apartment or condo, Google Fiber’s ability to construct and provide Fiber is subject to the continued agreement between Google Fiber and the property owner. Upload/download speed and device streaming claims are based on maximum wired speeds. Actual Internet speeds are not guaranteed and may vary based on factors such as hardware and software limitations, latency, packet loss, etc.

Internet providers have been racing to raise their speeds so much over the past few years that an internet plan that once seemed fast nowadays might actually be on the slower side.

Still, most people don’t need the fastest internet to be happy—according to one report, only 12% of internet users in North America have gigabit speeds on their home internet plans.1

Bandwidth really becomes an issue only when your speeds aren’t fast enough to meet your daily needs. If you’re shopping for an internet plan and trying to figure out the best speeds, you should think about not just what you do online, but also what your roommates or family members do. The more people you have on your Wi-Fi, the bigger strain that puts on your bandwidth.

Use our “How Much Internet Speed Do You Need?” tool to get a sense of what’s best for you.

Which types of internet have the most bandwidth?

The type of internet you have plays a central role in determining the amount of bandwidth you can get from your internet plan. Different types of internet providers have certain technical limits on the amount of throughput they can deliver.

It’s likely you can get relatively fast download and upload speeds from your internet provider—our own speed-test data shows that internet speeds have been going up since the pandemic started in 2020. Still, some internet types remain relatively sluggish, especially in rural areas.

Take a look below to see how different internet types rate in terms of speed and bandwidth.

Fiber-optic internet gives you the most bandwidth and the fastest internet speeds, with internet plans topping out at a ridiculous 5,000 Mbps. Nobody really needs internet that fast (not yet, at least), but fiber also speeds ahead of other internet types because it has symmetrical upload speeds.

Symmetrical uploads mean you can get up to gigabit-speed throughput on uploads as well as downloads, vastly boosting your ability to hold video calls, upload large files to the internet, and post to social media.

Cable internet is often just as fast as fiber internet, at least for download speeds. Cable internet has much slower upload speeds compared to fiber, and it also can’t deliver impressive (albeit unnecessary) multigigabit speeds. But for most people, it’s as good as it gets for bandwidth.

5G internet doesn’t have the same impressive bandwidth as fiber or cable, but it’s much faster than more antiquated internet types like DSL. A relatively new technology, 5G can be found mostly in urban areas through cellular providers Verizon and T-Mobile.

The internet connection draws entirely from 5G wireless networks, which makes it very fast but also slightly unstable—so your speeds can vary considerably throughout the day, and you may experience occasional disconnects.

DSL internet is a somewhat outdated internet service that seems slower and slower as cable and fiber providers increasingly raise their speeds. DSL maxes out at 100 Mbps, but many DSL users experience much slower speeds due to the technical limitations of a DSL connection.

DSL’s copper wire connections deteriorate in strength as the user gets farther away from a central server, which makes for particularly slow connections in rural areas, suburbs, and the outskirts of cities.

Satellite internet is the slowest type of internet you can get. A satellite connection draws from a signal literally beaming down from space, which makes for much higher latency and vastly limits the amount of bandwidth you can get.

However, Starlink’s emerging satellite service has much faster speeds than traditional satellite providers HughesNet and Viasat. That’s because Starlink relies on a larger number of satellites, which orbit at a lower altitude.

Are you dealing with a slow internet connection? Take a look at our tips to improve your internet speed.

What internet activities use the most bandwidth?

Most online activities take up only a small amount of bandwidth. But you use a lot more bandwidth to make video calls, stream video, or host livestreams. And all of these demands on your internet speed really start to add up if you’re sharing an internet connection with other users.

To play it safe, we recommend setting aside at least 25 Mbps worth of bandwidth for every internet user in your household. So if you live with three other people, then an internet plan with max speeds of 100 Mbps should be fine.

However, definitely consider a faster plan—say, 50 Mbps per person—if you regularly do high-bandwidth activities like streaming movies in 4K or hosting livestreams on Twitch.

Search your zip code to find high-bandwidth internet in your area.

More on internet speed and bandwidth 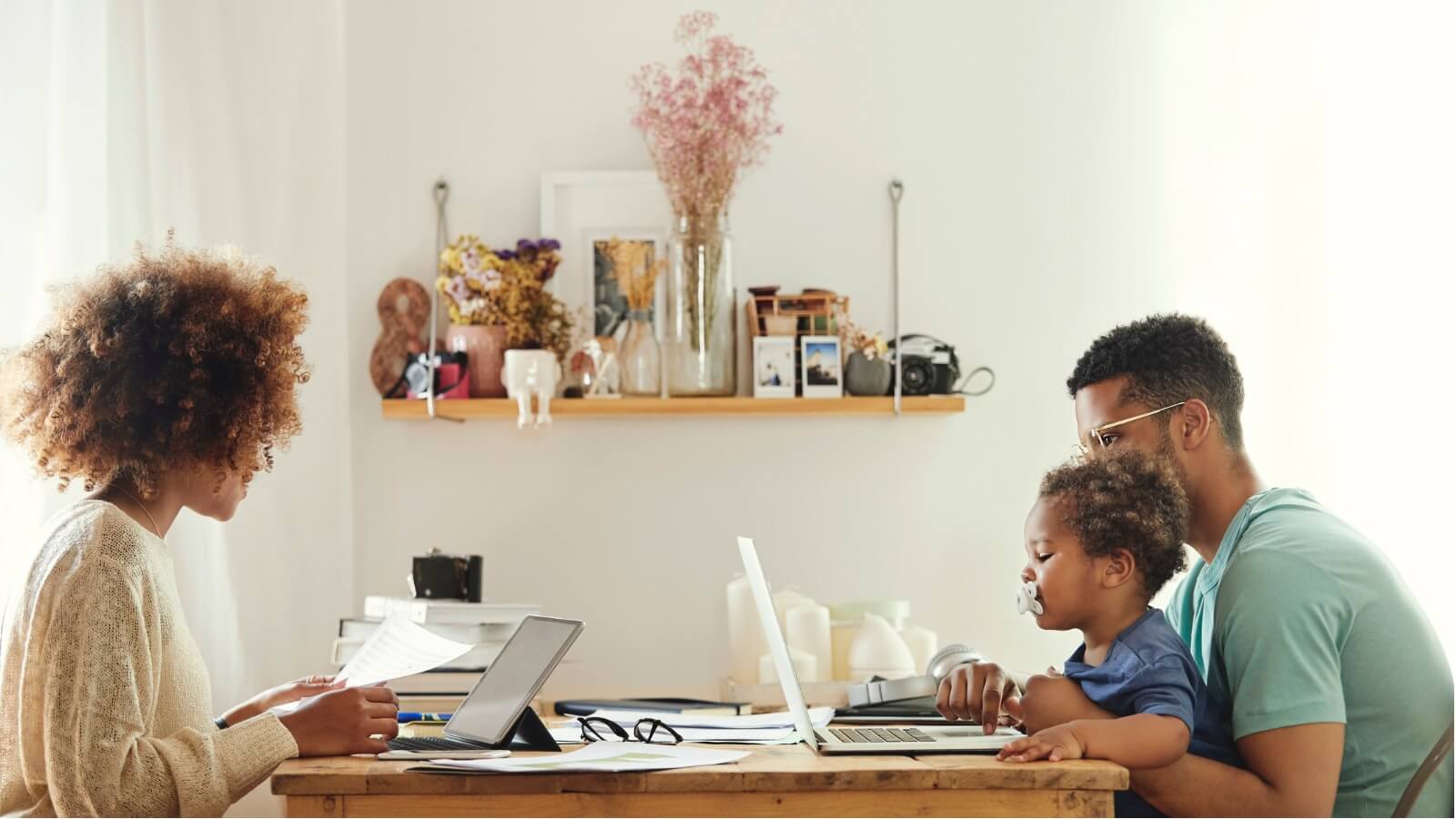 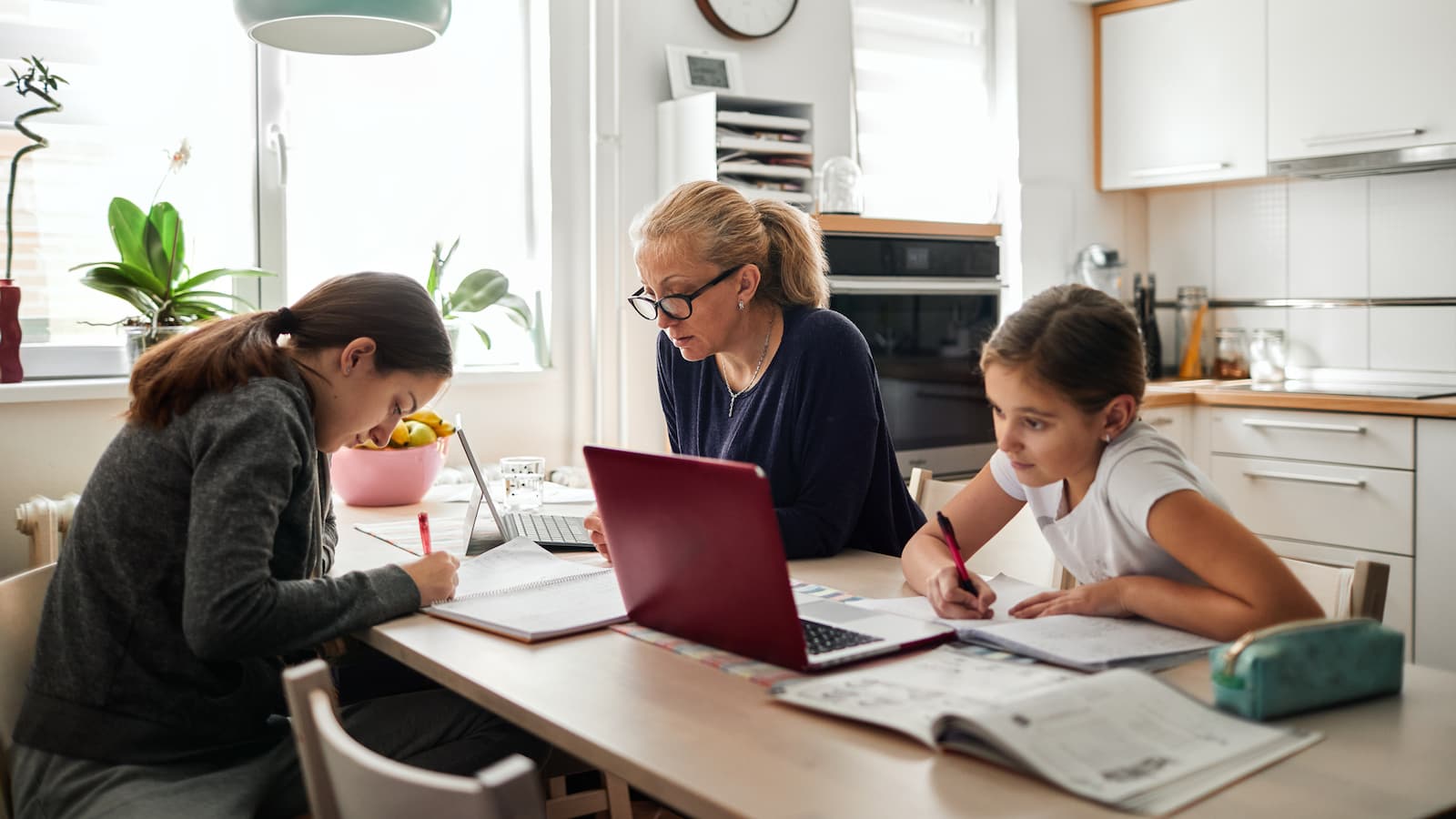 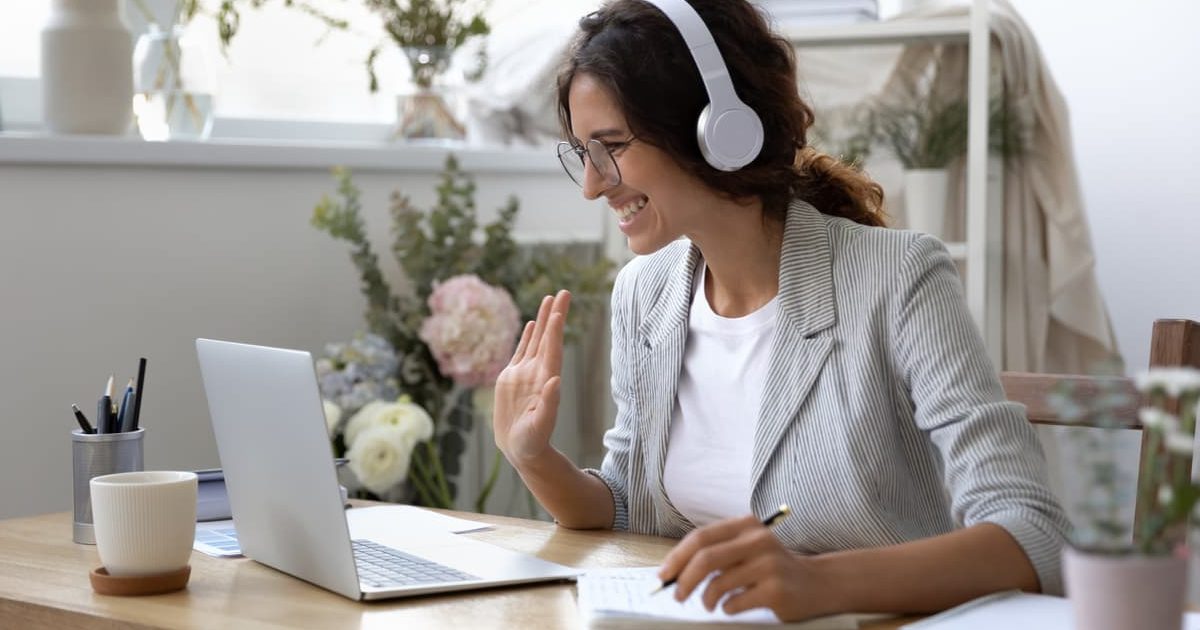 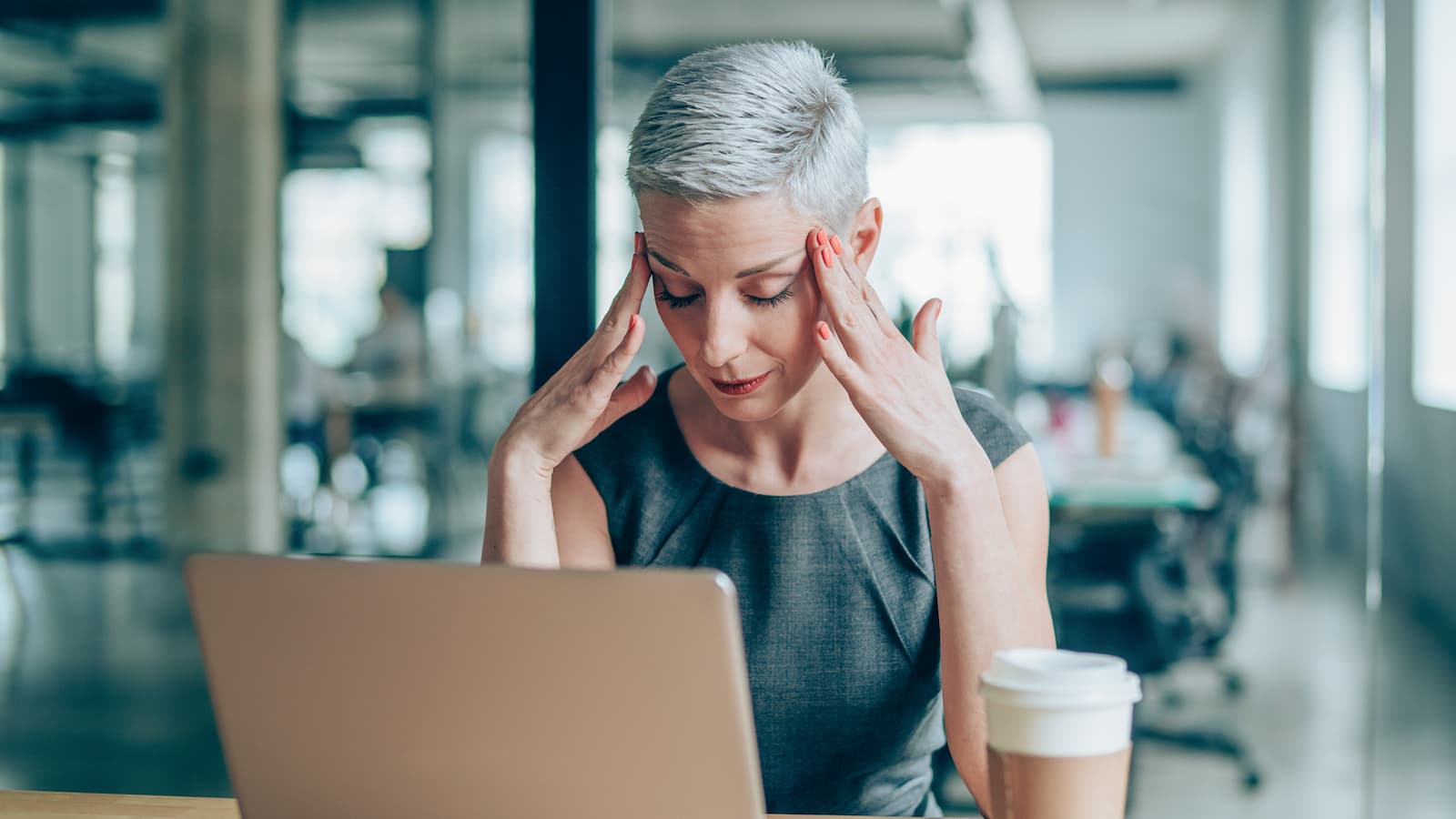 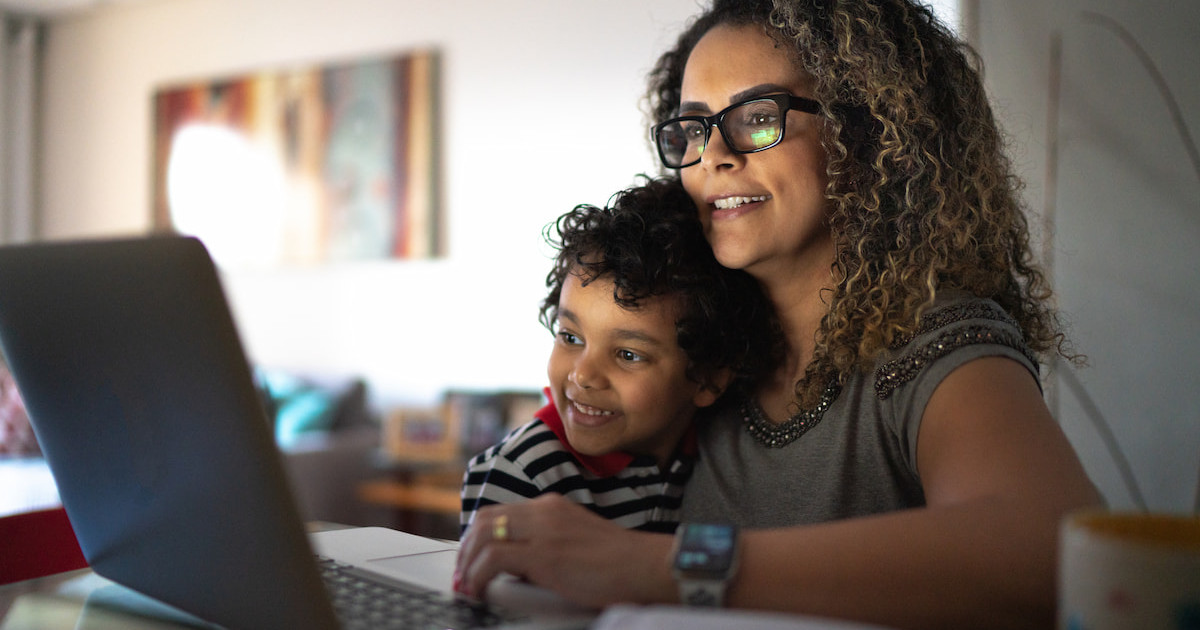