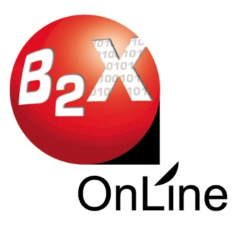 What is the best internet provider in Lynchburg?

The city of Lynchburg is tucked into central Virginia. It_s currently home to almost 80,000 people and a number of established businesses in diverse industries. For these reasons, high-speed internet is a must-have. Through several established ISPs, customers can choose from a variety of plans.

DSL is a popular choice in Lynchburg, and CenturyLink brings widespread coverage to many parts of the city. The service area covers western areas like Coleman Falls, Boonsboro, and Richland Hills before running east to Thomas Terrace and Bocock.

Xfinity has an expansive network that is accessible to the entirety of Lynchburg. It runs as far north as Albert, as far south as City Farm, as far east as Thomas Terrace, and as far west as Beechwood Hills.

The same is true for Lumos Networks, another established internet service provider that reaches beyond Lynchburg city limits.

Through Shentel, the southern half of Lynchburg enjoys internet coverage. Neighborhoods in this company_s service area include Timberlake, Southland Acres, and Brookville.

Lumos offers internet at speeds up to 1000 Mbps

Shentel offers internet at speeds up to 1000 Mbps