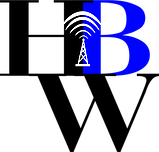 Pick CenturyLink for affordable high-speed packages. Opt for Cox to get budget pricing and consistent speeds.

Read more about Centurylink vs. Cox

What is the best internet provider in Springdale?

Looking for internet service in the Arkansas town of Springdale? You're in the right place. With cable, satellite, DSL, and fiber options, there's a plan for everyone.

Your search might lead you to AT&T, one of the biggest internet service providers in the entire country. Through AT&T, customers choose between fiber internet and DSL internet. The network is one of the most expansive in Springdale, running from Silent Grove in the north to Thompson Street in the south and from Paradise Lane in the west to Pilgrim's Rest in the east.

Another option that is open to some Springdale residents and businesses is CenturyLink. The CenturyLink service map reaches some of Springdale's far northern and eastern neighborhoods, such as those around Sunset Avenue, Wagon Wheel, and Backus Avenue.

Cox Communications a well-established network in Springdale. The coverage area stretches to reach almost all of Springdale's neighborhoods, stopping just short of Sonora in the east.