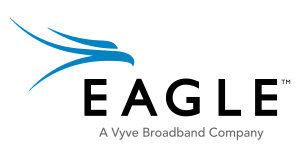 What is the best internet provider in Columbus?

Nebraska is full of friendly people and tight-knit communities, and that's clear when you look at the town of Columbus. In this small town, there's no shortage of new friends to make. You can get even more out of your free time in Columbus with a high speed Internet plan that keeps you connected to local events, the news, and entertainment options.

DSL is available in a handful of Columbus neighborhoods, thanks to the Frontier network. The Frontier network reaches most of Columbus, although some outer parts of the city do fall out of the service area. Download speeds vary a bit between plans, making it easy for people to find the right speed for their usage habits and budget.

Cable is a bit more widely available in Columbus, since several companies offer this service in the city. A popular choice is Spectrum, which offers some of the most impressive download speeds in this part of Nebraska. The network is large and well developed, covering several other Nebraska communities. Similar coverage is available through local provider Internet Nebraska Corporation.

Eagle Communications, Inc. offers internet at speeds up to 1000 Mbps

Nextlink Internet offers internet at speeds up to 100 Mbps