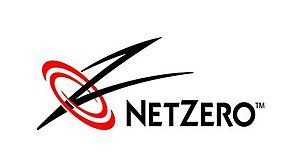 What is the best internet provider in Sparks?

Lying just east of the major city of Reno, Sparks is the ideal place to settle down, build a career, and enjoy high-speed internet service through tons of different providers. The city currently has over 90,000 residents who rely on the services provided by local and national ISPs.

Those who want high-speed fiber or DSL internet often choose AT&T, a national provider that covers much of Sparks. AT&T is available in almost every Sparks neighborhood, excluding the far southeastern communities of Virginia City Highlands and Foothills.

For customers who prefer the convenience and high-speed access provided by cable service, Charter is a popular option. Charter's service area runs far beyond the northern and southern city limits of Sparks. The service area runs through the central part of the city, stopping before it reaches the eastern areas of East Spanish Springs, South Spanish Springs, and Sparks Foothills.

NetZero offers internet at speeds up to 1000 Mbps