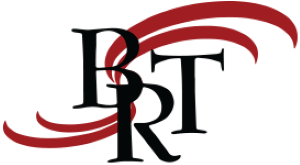 What is the best internet provider in Crestline?

Found in central Ohio, Crestline is a community that was built by the creation of the railroad. Now, this community is home to almost 5,000 people. It's near the cities of Mansfield and Bucyrus, giving residents access to local attractions and events. You can make everyday life even more fun with high speed Internet service.

If you're interested in DSL for your home or business, there are multiple options available to you. One choice is CenturyLink, a national provider that supplies the entirety of Crestline with DSL and fiber optic coverage. Download speeds vary between plans and connection choices. Frontier FiOS also supplies the Crestline area with dependable DSL service, offering a few different connection speeds to suit different usage habits.

If you're more interested in cable, you can explore the plans available through Spectrum. Spectrum is one of the nation's largest cable providers. It offers some of the highest download speeds in the Crestline region.

Frontier offers internet at speeds up to 100 Mbps

Wavelinc offers internet at speeds up to 100 Mbps