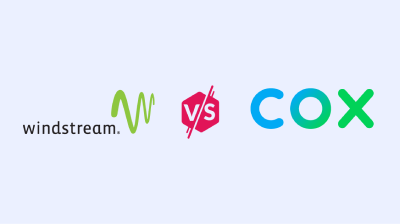 Read more about Windstream vs. Cox

What is the best internet provider in Gainesville?

Gainesville, a city that is home to retirees, university students, and growing families, is primarily covered by a few major regional and national internet service providers.

Both fiber and DSL are available through AT&T. The company_s fiber network is a work in progress, slowly expanding from highly populated areas to more remote neighborhoods.

DSL covers the majority of Gainesville, with a service area ranging from northwest Gainesville down to the Archer Road neighborhood in the south. In the eastern part of the city, AT&T DSL is available as far east as the downtown area, providing coverage to most downtown businesses and residential pockets.

Windstream covers quite a bit of eastern Gainesville. Service begins in the eastern part of Sorority Row and stretches into the downtown area. Other covered areas include Mid Town and northeast Gainesville. Windstream does not currently have most of western Gainesville in its service area.

I would give this company a ZERO rating, if possible. COX is the worst cable company I have ever dealt with - and that is saying something! The service is abysmal. I told five different reps what day I wanted my internet installed and none of them documented the correct day. That was just the start of MANY issues I have had with them.

COX IS EXTREMEMLY EXPENSIVE.... NOT A GOOD VALUE. service is reliable -but sluggish -- should be a better package available considering this is also my Digital HD TV provider. Not enough competition in Gainesville, FL.