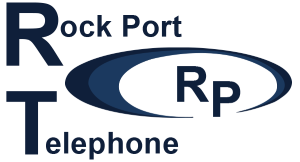 What is the best internet provider in Rochester?

The coastal city of Rochester offers several options for internet access, depending on your speed and budget needs.

Through Frontier Communications, all of Rochester has access to a high-speed internet network. The network covers a large area, from the northernmost point of Charlotte to Genesee Valley Park in the south. Service is available as far west as Lyell-Otis and Maplewood, reaching through central neighborhoods like South Wedge, Upper Falls, and Brown Square. In the eastern half of Rochester, service is available in the edge neighborhoods of Browncroft and Cobbs Hill.

Those who prefer a cable internet connection can get service through Time Warner Cable. The coverage area extends beyond the city limits. Western neighborhoods in the Time Warner Cable service area include Dutchtown and Maplewood. This company offers coverage to the southern neighborhoods of Highland and Strong, as well as the eastern communities of Culver, Cobbs Hill, and Browncroft.

Greenlight Networks offers internet at speeds up to 1000 Mbps

speed very slow. but you have to be careful how many devices are hooked up. Plus they will try to sell you more speed but your location dictates how much speed you can actually get. Frontier is probably putting all their effort into FIOS and not DSL. Landlines are not being maintained with the same vigor as before.

I have been using spectrum for almost five years without problems. It has good speed but price goes up after promo period ends. There are issues with initial set-up (not easy), returning modem is super difficult if you move.