Internet providers in Brooks, OR 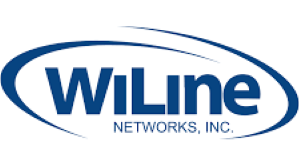 What is the best internet provider in Brooks?

Found in the metropolitan area of Salem is the Oregon town of Brooks, which has a small but growing population. As this city has grown over the years, so has its demand for high speed Internet service. Luckily for local residents and business owners, there are multiple Internet service providers that now include Brooks in their coverage areas.

One option to explore as you look for the right service for you is CenturyLink. CenturyLink boasts a massive DSL network that includes all of Brooks and many surrounding communities. Other DSL options in Brooks include Frontier FiOS and Integra Telecom, both of which have several speed options to accommodate users of all budgets and speed needs.

If cable is a better fit for you, there are two companies to explore. Xfinity has a large network with high speed options, and Wave Broadband boasts a dependable speedy network that reaches the majority of Brooks.

DataVision Communications offers internet at speeds up to 1000 Mbps