Internet providers in Salem, OR 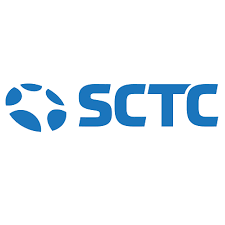 What is the best internet provider in Salem?

Through Centurylink Prism, some neighborhoods benefit from the speed of fiber internet. Neighborhoods within this area lie in the northwest and southeast parts of Salem, spanning neighborhoods like Highland and Grant.

Customers can count on stable internet access through CenturyLink, which stretches from the northernmost neighborhoods of Northgate and Highland to southern neighborhoods like South Gateway and Southslope.

All of Salem has access to high-speed cable through Xfinity, one of the largest cable providers in the United States.

Silverstar Telecom has a centralized service area that reaches all of Salem, as well as many communities that lie outside of the city.

Yet another option for the great people of Salem is supported by Integra Telecom. Northern communities that enjoy coverage are West Salem and Highland. Service reaches Southwest, Sunnyslope, and Faye Wright.

As if those options weren_t enough, customers can also rely on the provider InfoStructure. This internet service provider focuses its coverage on central Salem, serving areas like Northeast, City Center, Grant, and Morningside.

Worst customer service I’ve experienced from any utility company. Our internet crashes constantly and Century Link doesn’t ever fix the problem, or even seem to care in our many phone calls to resolve the issue. They do not keep their appointments, their customer service phone experience is circular and ineffective and our internet problems persist.

Terrible awful no good service. When I tried to sign up with them they told me I wouldn’t have WiFi for a week. I waited 7 days and still no WiFi. I called for help and kept being passed around on the phone for an hour and no one could help me.

Comcast service has been very reliable, with only minor outages every once in a while. Customer service has always been great. Never had a problem with this company 🙂