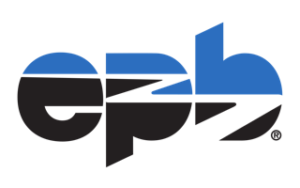 What is the best internet provider in Chattanooga?

Located along the southern border of Tennessee, the city of Chattannooga has a population of almost 200,000 people, a major airport, and a growing tourism industry.

Both fiber internet and DSL are provided by AT&T. Combined, these networks reach every part of Chattanooga, from Northwoods and Oak Hill North to Clifton Hills and Saint Elmo in the south.

Similarly, Xfinity brings high-speed cable coverage to all of Chattanooga, as does EPB. Charter has a slightly smaller network, running west of Tennessee River and east of the Chattanooga Metropolitan Airport. There is little coverage in the central part of Chattanooga through Charter, although there is some service along the southern Tennessee border.

I have never had such a bad experience as I have had with Spectrum. Service drops continually. . Trying to get help over the phone is a complete joke; each rep I talk with tells me something different. I've canceled all services and will go with another provider. Hope to never have to use Spectrum again.

ATT is slow and unreliable. Rain tends to knock it out. Even when it works I have to reset the router at least once daily. I would not recommend it and am going to change providers.