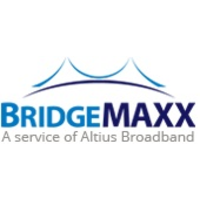 What is the best internet provider in Bradenton?

Fiber internet is widely available in the city of Bradenton.

The network of Frontier FiOS covers all of Bradenton, extending into neighboring northern, eastern, and southern cities.

FPL FiberNet is another key fiber internet provider in this city, with a slightly smaller service area than Frontier FiOS. Service is available east of the 46th Avenue W area, throughout the northern part of the city, and as far south as Matoaka.

DSL is a popular option in Bradenton. Frontier Communications offers a solid DSL network that spans the entire city of Bradenton.

Cable is a widespread option as well. Xfinity has a limited service area that is available in neighborhoods south of Lorraine and Waterbury. Service stops short of the northwestern coastal neighborhoods.

With a network that covers Bradenton and many of its surrounding communities, Brighthouse Networks makes high-speed internet accessible to the entire city, including the border neighborhoods of Rye, Foxleigh, Matoaka, and Bayshore Gardens.

BridgeMAXX offers internet at speeds up to 50 Mbps

Overpriced service, customer service/billing can't get my bill right; each month I call in and another representative says they are fixing my account and then i get next month's bill and its just as bad. I've been promised me new equipment because in reviewing my account they see if have outdated equipment - never got it. Reduced my service plan (which is what i asked them to do 3 months ago) but keep charging me for a higher package, have added late charges, supervisor won't speak with me - told rep to tell me they would put my account in a dispute and it will be 30-60 days before they have a resolution. I've spend almost 4 hours on the phone over the past 3 months just trying to get my account right. There are too many other ways to get shows on your television to put up with this, so I'm canceling my service today!