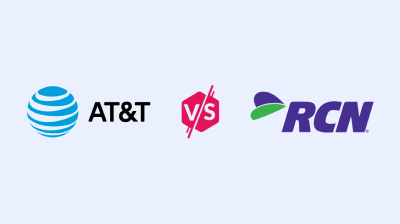 Read more about AT&T vs. RCN

What is the best internet provider in Skokie?

Skokie homes are among the most expensive in both Illinois and the country. The white-collar residents are both well-educated and wealthy. It's an ethnically diverse area with nearly 42% of the population being born outside the United States. They rely on their internet services to connect with family and friends in their country of origin and to pursue educational and career goals.

AT&T is the only DSL provider in Skokie. They offer the service to 99% of homes. Xfinity and Atlantic Broadband both offer cable internet services to 98% of Skokie residents. Unlike many other locations, fiber optics are quite accessible in the area. Atlantic Broadband reaches 98% residents with the service.

Businesses in Skokie have a few additional options. Megapath offers copper wire and DSL while 1% commercial users have Level 3 Communications as an alternative fiber optics supplier.

RCN offers internet at speeds up to 1000 Mbps

Atlantic Broadband offers internet at speeds up to 1000 Mbps