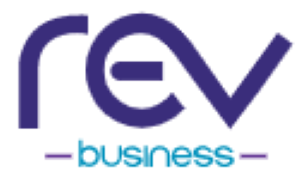 What is the best internet provider in Baton Rouge?

This major tourist destination is home to over 228,000 residents and thousands of businesses that serve locals and tourists alike. There are internet connection plans for all needs and budgets.

DSL and fiber service are offered through AT&T, which almost the entirety of Baton Rouge. A small area of Baton Rouge is outside the AT&T service area, primarily the area around Yazoo Street. Coverage generally reaches beyond the Baton Rouge city limits to the north, south, east, and west, providing service to outlying communities. Many central neighborhoods of Baton Rouge enjoy AT&T service, as well. Covered neighborhoods include Collegetown, Arlington, College Hills, Kleinpeter, Broadmoor, and Greendale.

REV Business offers internet at speeds up to 1000 Mbps

Cox is ok with me

I've been with Cox for about 14 years. My only problem with them is they're really expensive. I have TV and Internet service.

AT&T usually has great customer service. I have not been disappointed in that aspect. Pricing and speed are a different story. The internet speed is okay, most of the time. I don't think it is worth the price though, especially if you are not bundling. I stream videos, I would say, an average amount. A good bit (not all) of the time, the videos I'm streaming will stall and/or take a long time to load at times. Very annoying, especially since I don't have many devices connect to the internet all at once. I have the mid line internet that should be more than enough for my needs.